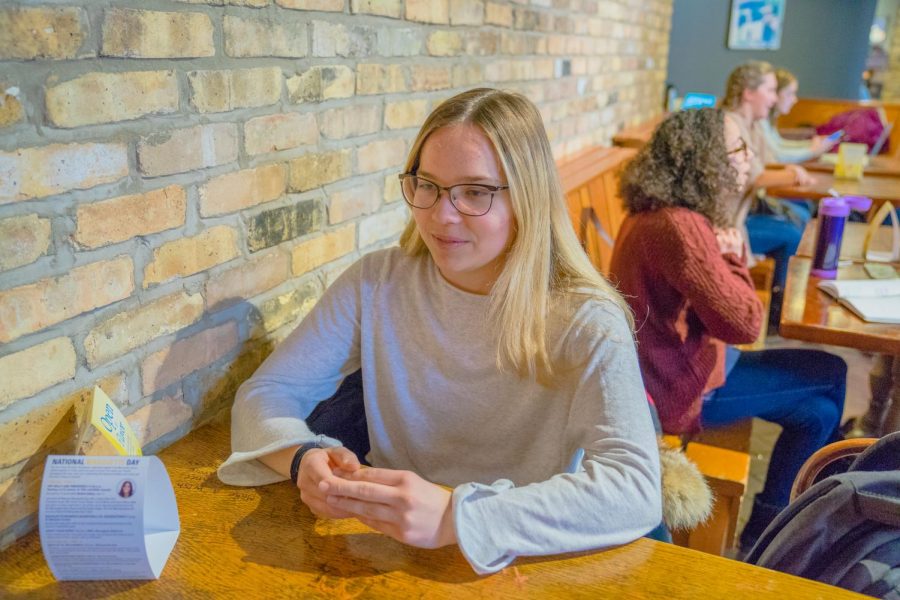 Kamila Turczewski, a freshman in the College of Engineering, talks about her experience as a female engineer.

With 367 women enrolled, Marquette University now has the largest group of female engineering students in its history, Julie Murphy, director for enrollment management for the College of Engineering, said.

Women represent 28.18 percent of the 369 first-year students in the College of Engineering, Murphy said, with 104 women enrolled in engineering for the 2018-’19 school year.

“More than ever, our world needs smart, ethical and talented engineers from all backgrounds,” Murphy said. “Women and all people from backgrounds underrepresented in engineering can contribute to positive change for people, societies and businesses by thinking of new engineering solutions to problems – and also to identify different problems that would benefit from engineering solutions.”

“There are a lot of reasons why Marquette is a great place, including that we have strong women engineers as role models and several student organizations that support women engineers,” Murphy said.

Marquette’s engineering program has increased its amount of female engineers since 1961. At that time, there were only three first-year women out of 262 total first-year engineering students, making up 1.15 percent, Murphy said.

“Dr. Ropella is an outspoken advocate and supporter of students from all underrepresented backgrounds being welcomed into and included in all ways in engineering,” Murphy said. “She has made it a priority to recruit and support students from underrepresented backgrounds, and she has done this by encouraging all of the faculty, staff and students in the college and many across Marquette to join her in this vision and do what they can to help.”

Kelly Colmone, a freshman in the College of Engineering, said she has had a positive experience with engineering at Marquette.

“I love the sense of community that is felt in the engineering department, and I feel like that is largely due to the fact that it is becoming much more even in the male to female ratio,” Colmone said.

Despite more women in the college, Kamila Turczewski, a freshman in the College of Engineering, said she has faced discriminatory comments.

“With (male) students, they can be kind of judgemental and can think twice about our abilities of us being able to do the same work as them or even do better work,” Turczewski said. “I think the best thing to do is continue to be ourselves and doing our hard work. We can’t let it tear us down. We are strong people, as we are women.”

Colmone said that although some people think women engineers are at a disadvantage, she doesn’t agree.

“I have found that many companies or schools like to have a more even mix and diversity of men and women, so they tend to hire women engineers, especially if they are just as capable as the main candidates,” Colmone said.