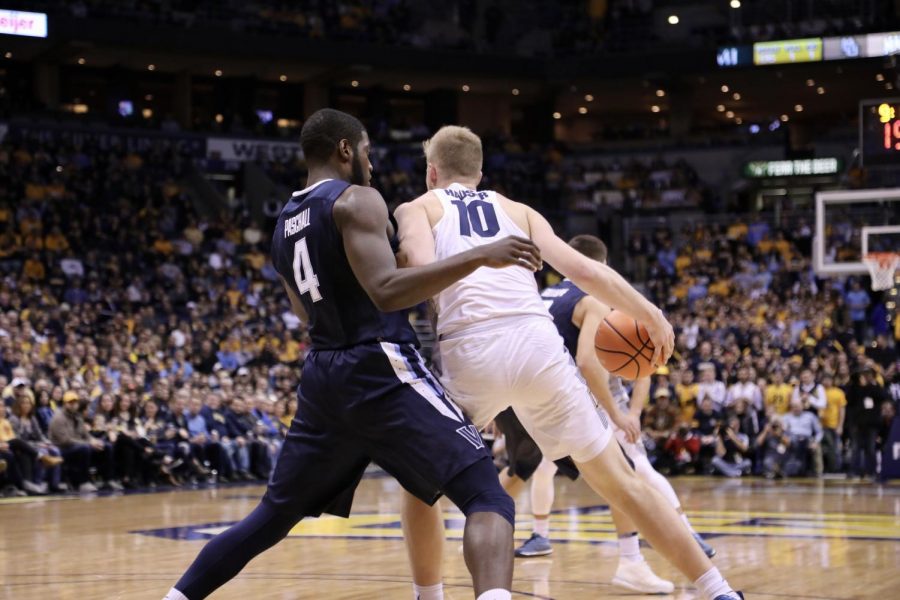 No. 10 Marquette men’s basketball might have its biggest challenge at Fiserv Forum Saturday, hosting No. 14 Villanova, who sits at the top of the BIG EAST, four days after MU’s first loss at Fiserv Forum.

Villanova lost most of the key contributors from its national championship team, but Eric Paschall and Phil Booth are returning along with the addition of freshman Saddiq Bey and the development of Collin Gillespie and Dhamir Cosby-Roundtree has prompted another season of Wildcat success.

“They hit 12 threes a game. So, if you let them get to that number, you’re going to have a really hard time beating them,” Marquette head coach Steve Wojciechowski said.

Villanova has also hit 71 percent of its free throws.

“They’ve made as many free throws as their opponents have shot. I think that’s indicative of how hard they drive the ball,” Wojciechowski said.

Paschall and Booth have combined to average 35.6 points per game.

“Both those kids have shown unbelievable leadership throughout the course of the season,” Wojciechowski said. “Unfortunately it’s not a two-man team. The rest of their guys have really stepped up their game, especially in conference play.”

Paschall will likely provide a tough presence from the post. The 6-foot-8 forward averages 6.3 rebounds per game and 17.3 points per game. He also has amassed nine blocks and 21 steals in the season. He has provided an offensive threat from across the floor, shooting 46 percent from the field and 36 percent from three, which will give Ed Morrow and Theo John plenty of work to do Saturday.

“(Morrow’s) toughness, his competitiveness, obviously his presence by the basket, those are all big positives for our program,” Wojciechowski said. “He played for an outstanding coach and high school program where winning was the norm.”

Saturday is a chance for Marquette to win against Villanova for the first time since the Jan. 2017 court-storm.  The Wildcats have the 23-10 lead over the Golden Eagles in a series which dates back to 1960 and Villanova head coach Jay Wright has the 6-1 advantage over Wojciechowski.