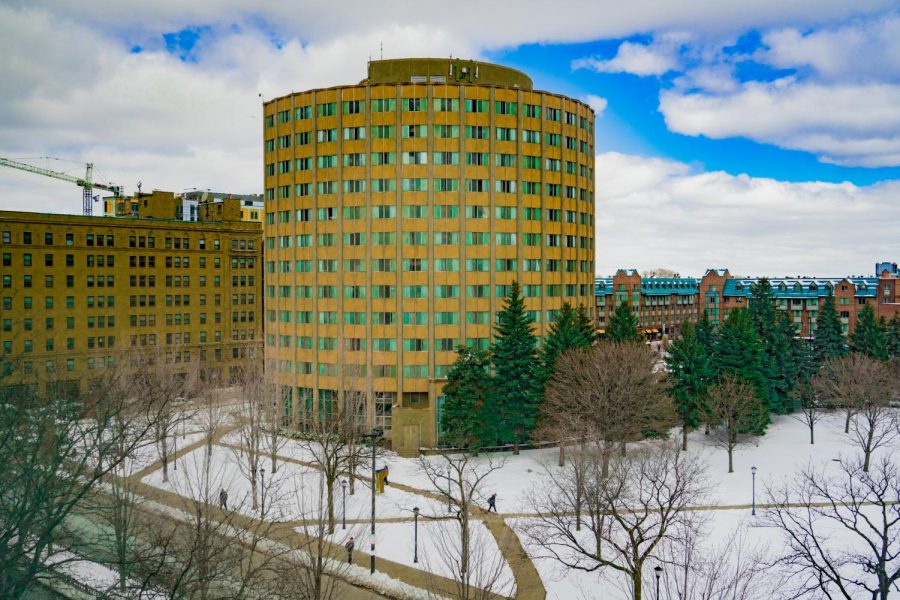 McCormick Hall will be demolished this May, according to a university news release.

McCormick Hall still stands after it was closed at the end of the 2017 academic year. Lights from inside the residence hall, however, are still seen by people passing by.

Rick Arcuri, executive director of student affairs and operations, said if the light is on, it’s because there are things being worked on in the building.

“We do go up in the building. It is heated, the water is still on, the fire suppression system is still active, so people will walk through and check it,” Arcuri said. “If you leave all the doors open, from the outside it looks like all the lights are on, because the hallway lights are on, though all the room lights are off. We’ve had a couple of lights on here and there, but it’s not haunted.”

Lora Strigens, vice president for planning and facilities management, said some interior salvage and removal has started, requiring workers to be in the hallways and rooms.

In addition to seeing the lights on, caution tape surrounded the building late last week. University spokesperson Lynn Sheka said the tape is up due to the cold weather freezing and rupturing a sprinkler head in the vestibule, which is a space similar to a foyer. It is being repaired, she said.

“As framed in our Master Plan, our intent is to demolish McCormick when we are prepared to move forward with implementation of a new facility on that site,” Strigens said. “This is the most efficient and cost-effective approach and allows continued access to space for student groups on the first floor until we begin the demolition process.”

Strigens and Sheka did not provide a date to when McCormick will be torn down.

Arcuri said McCormick was the most difficult building developing community between residents because of its round shape.

“All the rooms are on the outside, so there’s nowhere in there where rooms are across from one another,”  Arcuri said. ”If you lived on the same wing and had the same (resident assistant), you could come in and go to the right and you may never meet the people who lived off to the left, so it was very difficult to get people together.”

Arcuri said renovations proved to be difficult due to the age and structure of the building. Arcuri said the projections for the size of the incoming freshman class indicated McCormick was going to be outgrown, therefore it was time to look at replacing it.

“We had a choice. We could put millions of dollars into the building to redo the electricity — which was substandard — redo a lot of plumbing, the bathrooms were dated, everything was original in it,” Arcuri said. “So when you sat down and did the math on that, it became evident that it was probably smarter to build a new building than it would be to put that kind of money into McCormick and get relatively the same building on the other end coming out.”

Arcuri also said that, unlike newer buildings like The Commons, McCormick was made out of cinder blocks and concrete, so the shape and structure could not be changed.

Since its closing, student organizations have used McCormick’s dining hall space for meetings and practices. Space can be reserved through Alumni Memorial Union.

“Different groups can go in there and they can use that floor space for dance practice. There was sword fighting and things like that,”Arcuri said. “It’s just allowed us to expand and not turn people away, so they’ve been using McCormick.”

The building has also been used by the Milwaukee County Police Department.

“We had Milwaukee County host the police up in the building, they brought in dogs, and so they were training and had them up there running around,” Arcuri said.