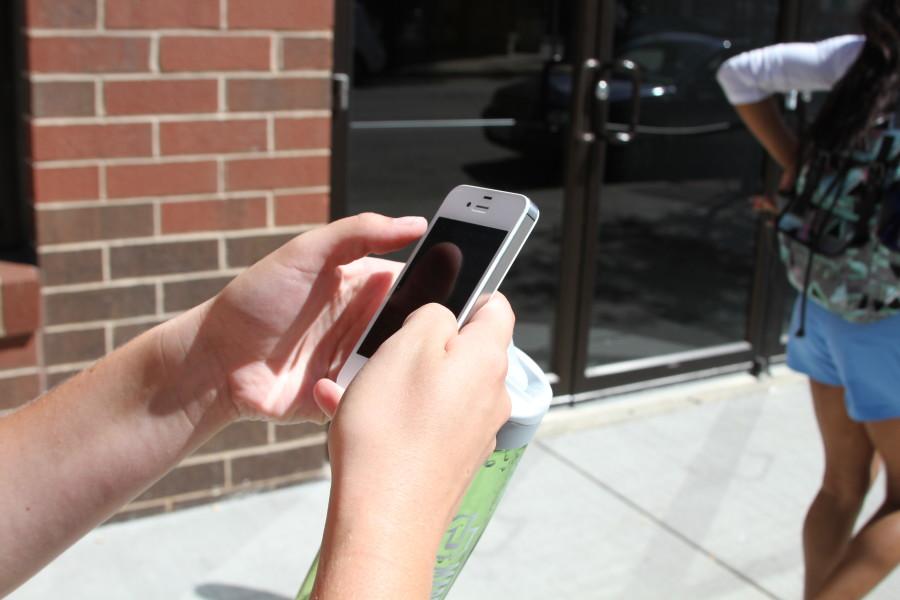 The first stages of a relationship can be fun and carefree, talking and texting quickly back and forth as time flies by.

Until out of the blue, one of the people in the relationship is left on read — a phenomenon referred to as “ghosting.”

“The sudden, unexplained nature of ghosting is likely to be confusing and distressing, and to lead the victim to try to figure out what went wrong in the relationship,” John Grych, a professor of psychology at Marquette, says. “It’s a form of rejection, which is hurtful for most people, but is harder for some than for others.”

For a few Marquette students, it’s a bit more personal.

Ellie Marino, a sophomore in the College of Arts & Sciences, says she was “ghosted” by a guy she met at a Greek event. They talked all night, and after the event they Snapchatted regularly for about a month before the guy abruptly stopped communication.

“Maybe he liked me and thought I was cute but didn’t want a relationship,” Marino says. “So talking for that period of time was kind of initiating that something longer-term would happen, so he cut it off. But I’ll never know exactly why he did it.”

Simon Howard, a professor of psychology at Marquette, says he believes the “ghost” stops communication because it is less work than having a conversation about why the relationship is not working. Then, the “ghost” may feel bad and try to tell themselves that he or she did the right thing.

But as someone who is the “ghost,” Julia Paulsen, a sophomore in the College of Arts & Sciences, says she regrets her choice of cutting off communication with a girl in her hometown.

“I felt guilty because I should have just been upfront with her about my feelings,” Paulsen says. “I’m not sure how she felt because she worked at a coffee shop that I just don’t frequent anymore in (South Bend, Indiana) to avoid any awkwardness.”

And in an era where social media allows a layer of impersonality, ghosting is becoming even easier.

“At the end of the day, that person is not necessarily a person, it’s a profile,” Howard says.