Marquette for Life receives grant to further work on campus 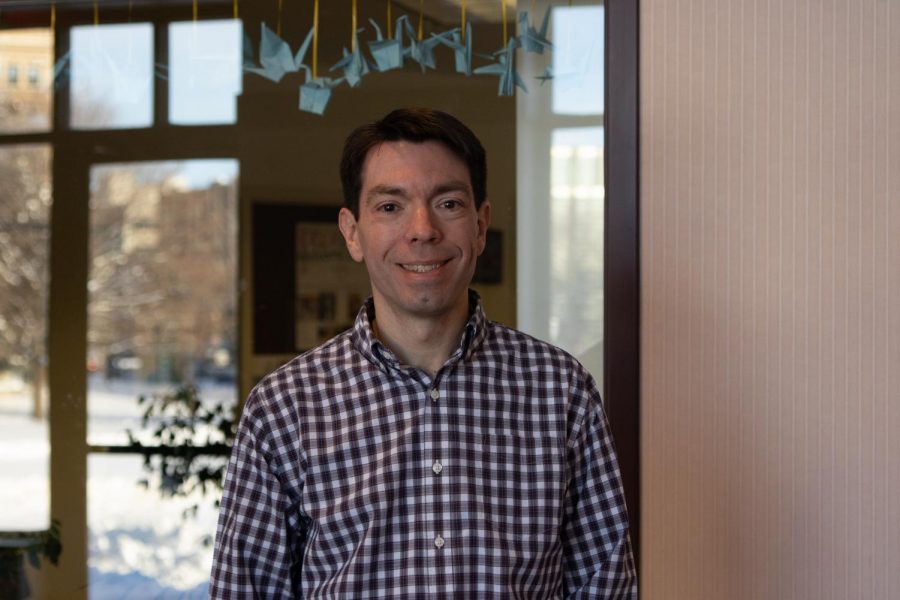 The group won the award on their annual trip to Washington D.C. with Campus Ministry to participate in March for Life. They also attended the Cardinal O’Connor Conference on Life, hosted by Georgetown University.

Marquette for Life received a $1000 grant to further their work on campus. The award was created to recognize a collegiate pro-life group. The group last won the award in 2014.

“For the past 10 years, the conference has given an award to a student organization for one of the participating schools for their work on campuses and building up programs and awareness on respect life issues,” Steve Blaha, a Campus Ministry staff member, said. “Marquette for Life received this award, and it comes with a stipend for some programming on campus. It’s very prestigious.”

The volunteering Marquette for Life does is what won them the award, in addition to meeting bi-weekly, hosting various speakers and panels and attending the national March for Life.

“We get out into the community (and) we work with a couple different pregnancy centers and women’s care centers,” said Cate Payan, a sophomore in the College of Health Sciences and a member of the group’s executive board. “There’s counseling available to them, different services, maternity clothes, baby clothes, baby food, diapers. We sort things and help out with anything they need at the center.”

Kaela Beugnet, a junior in the College of Health Sciences and president of Marquette for Life, applied for the grant in December, saying in the application the group had been planning for an initiative on campus.

“We’re basically going to be set up in the AMU second-floor lobby with tables of baby supplies, and people will have the opportunity to pack a care package, and all those care packages are going to be sent to the local pregnancy centers,” Beaugnet said.

“We thought about what could encompass the most of Marquette, and that service is the heart of our Marquette Jesuit education,” said Payan. “We thought that to get the most people involved and to do as much as we can for others and the Milwaukee community outside of the Marquette bubble, was to have the service project.”

Payan said Marquette for Life can be open to anyone.

“No matter where you stand, everyone wants to help the people in the Milwaukee community, to give them the tools to help them choose life,” said Payan.

Marquette for Life and Campus Ministry attend the March for Life and the conference to pray, reflect and learn.

Blaha said each year the focus is on supporting unborn children, expectant mothers and families and how to help make life possible in difficult and heartbreaking situations some may face.

“It also includes questions of immigration, support for asylum seekers and refugees, the poor, people that have been convicted and given sentences like the death penalty. Like any national gathering, there’s sort of a broad array of folks that participate, with all different thoughts and ideas,” Blaha said.

During the conference, there were various speakers, panels and break-out sessions, in which students could choose based on what they were interested in.

“They talk about things related to abortion, but also end-of-life care and everything in between,” said Beugnet. “There’s people who come from a religious perspective, but there’s also a secular perspective and political perspectives.”

Payan said it was her first time going to the conference and she wasn’t sure what to expect.

“It was all about different things that encompass being pro-life, so it wasn’t just anti-abortion, there were so many other things, so there were topics about assisted suicide, bioethics, selective abortion, prenatal disorders, mother’s health, and different things,” Payan said.

Beugnet said the group is founded on the belief that all life is worthy of respect and dignity for conception to natural death.

“We do a lot of events and projects to spread that message around campus and build up what we call ‘a culture of life,’” Beugnet said.