BEG: Apologies do not lessen complicity 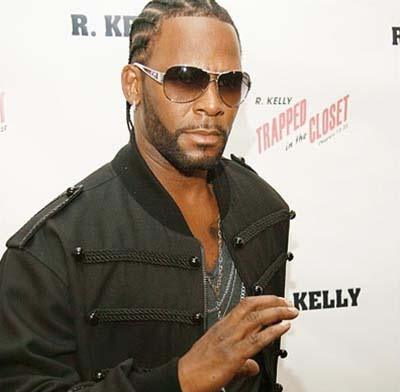 Recent allegations of Kelly's abusive past is raising questions as to why other artists decided to work with him.

Lifetime television network recently released a series titled “Surviving R. Kelly,” in which multiple courageous women step forward to tell their stories. The women discussed and accused R. Kelly of abuse, predatory behavior and pedophilia. Although Kelly has denied the allegations, much of the American public expressed support for the women in the series and condemned the artist.

Celebrities should have publicized R. Kelly’s allegations much sooner especially when information regarding his actions was publicly known before the release of this series. An earlier public outing could have prevented more women from become a victim to his crimes.

After the series release and more information about Kelly came forward, Gaga apologized for working with the rhythm and blues singer and said she plans to remove their single, “Do What U Want,” from all streaming services. She explained how she made the song during a difficult time in her life, and how the song was intended to be provocative and defiant. Gaga’s statement also said she will not work with Kelly in the future.

Despite Gaga now speaking up about Kelly’s abusive past, it causes people to question why she chose to work with the musician in the first place. Kelly’s disgusting behavior makes him a veteran to the controversial spotlight. Issues relating to the artist came about a few years prior to the release of his song with Lady Gaga in 2013.

Kelly was under fire for being involved in a Chicago trial for child pornography charges dating back to 2002. In the end, Kelly was acquitted. Despite that, Gaga should not have created a piece of work with someone who had possible connections to child pornography.

Kelly did not always have a clean past, but Gaga chose to release a song and perform with him anyway. During an interview on SiriusXM, the “Surviving R. Kelly” documentary producer Dream Hampton commented on Lady Gaga’s connection to Kelly. Hampton said, “I wanted to know how Lady Gaga could be on ‘SNL’ with him as someone who advocates for domestic abuse survivors and had this ridiculous performance with him on ‘SNL.'”

The denial and dismissal of Kelly’s abuse from Lady Gaga in the past makes her recent statements carry less weight. It is difficult for the public to believe Gaga is truly regretful for supporting Kelly when the man has been under question for years regarding sexually abusive behavior.

Celebrities have a responsibility to expose the rampant crimes that others from their circle perform out of public view. The American public cannot always see or be informed of the true aims or deeds of someone in the spotlight. Those who actually have ill intentions will continue to get support they do not deserve if fellow celebrities do not advise their audiences. Even if they do not mean to, bystander celebrities are choosing the side of the oppressors and abusers.

This is not the first time celebrities have taken the side of the oppressor during serious situations. During the outing of producer Harvey Weinstein, actor Matt Damon was accused of staying silent for years about Weinstein’s continuous abusive behavior.

Rose McGowan, one of the victims of Weinstein, tweeted at Damon, asking, “What’s it like to be a spineless profiteer who stays silent?” Sharon Waxman, a writer who worked on a story in 2004 for The New York Times about Weinstein’s misconduct, accused Damon of shutting down one of her leads, which caused her to remove the more explicit details about the true story from her article. Damon has only commented once after hearing Waxman’s accusations and denied the claims about him.

It is hard to believe that the many people working so close to Weinstein did not know of his abuse. It is unethical that Weinstein’s acquaintances and colleagues did not publicize any of the information.

Statements released by influential public figures about abusers like Kelly or Weinstein tend to exude less conviction and feel disingenuous when the public figures’ past actions of disregarding the truth speak louder. Some celebrities choose to work with awful people and continue to let the public support their work. With their responsibility and power in such a media-driven society, it is celebrities’ jobs to provide the public with the truth.