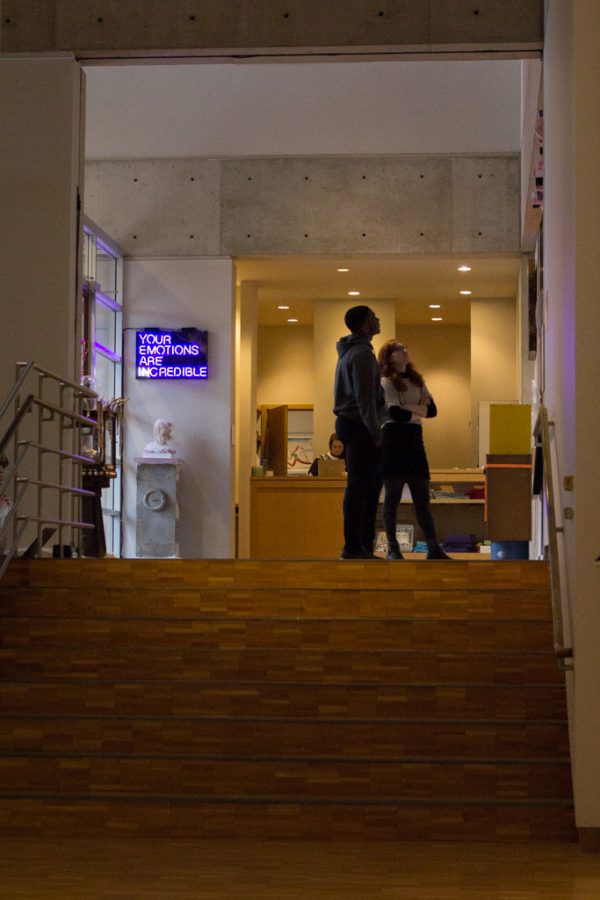 The Haggerty Museum hopes to gain attention from Marquette and the Milwaukee community this week.

Local museums are teaming up to put a spotlight on Milwaukee’s cultural institutions during the first Milwaukee Museum Week, which began Monday and runs through Sunday.

With funding from the host, the Greater Milwaukee Foundation, Milwaukee Museum Week will feature 17 museums, including the Haggerty Museum of Art located on Marquette’s campus. Each museum will hold special events and offer reduced rates, tours, scavenger hunts and book readings throughout the week in an effort to bring locals and tourists into Milwaukee’s museums.

The idea for the event grew from a conversation between museum directors about common obstacles in running local museums, said Paul Fladten, senior public relations manager at Discovery World. It continued as a series of conversations over the course of a few years before directors took action last year, said Mame McCully, executive director of the Milwaukee County Historical Society.

Fladten said this is not the first time Milwaukee museums have partnered, but it is certainly a step forward.

“In the past, partnerships have been smaller and were mainly about one museum taking the lead and being the star,” Fladten said. “With this partnership, everything has been shared and the goal is for everyone to succeed.”

“Milwaukee museums are stronger as one,” McCully said.

She hopes the week shows that Milwaukee museums are important as a whole.

Fladten said he wants Milwaukee Museum Week to not only bring people back to museums they have already visited, but also introduce them to museums they might not have heard of before.

Pamela Williams-Lime, president of the Pabst Mansion, said January is usually a slow month for museums, which makes it an optimal month to bring in visitors during Milwaukee Museum Week.

“(Milwaukee Museum Week) is a good way to remind the community that, like outdoor activities, museums are a good way to engage with your family,” Williams-Lime said.

Similar to other museums participating in the week, the Pabst Mansion offered free admission on Monday, which Williams-Lime said is a good way to give access to those who normally wouldn’t have it.

For Susan Longhenry, director and chief curator at the Haggerty Museum of Art, Milwaukee Museum Week is about creating a relationship between visitor and museum.

“If you ask a lot of people in the Milwaukee community, ‘Do you know about this museum?’ they say yes … but they don’t know the museum,” Longhenry said. “Milwaukee Museum Week is about really getting to know these museums and having your own personal experience.”

To curate these relationships at the Haggerty Museum of Art, behind-the-scenes tours will be held today at noon and 2 p.m., allowing visitors a peek into the museum’s vault and shops, among other locations. Online preregistration is required by emailing haggertym@marquette.edu.

“(Behind-the-scenes) is a dimension of the museum that most people don’t know, but it’s a huge part of who we are,” Longhenry said.

She said there are a lot of invisible efforts made at the Haggerty Museum of Art. Longhenry said she wants to demystify the museum and allow visitors to see behind the curtains.

For many Milwaukee museums, this week is about raising awareness. Sue Grzeca, operations manager for North Point Lighthouse, said she feels a lot of people don’t know about the lighthouse and what it has to offer, which includes tours and a historical museum.

Fladten said the collaborative aspect of the week is the best part because it shines a light on a variety of museums and amplifies their efforts.

“Museums are about introducing the community and youth to the idea of education, conservation and future careers,” Fladten said, adding that museums are a way of making learning fun.

McCully said museums are places to learn, reflect and inspire. She said they show visitors new perspectives and open their eyes, allowing for new ideas.