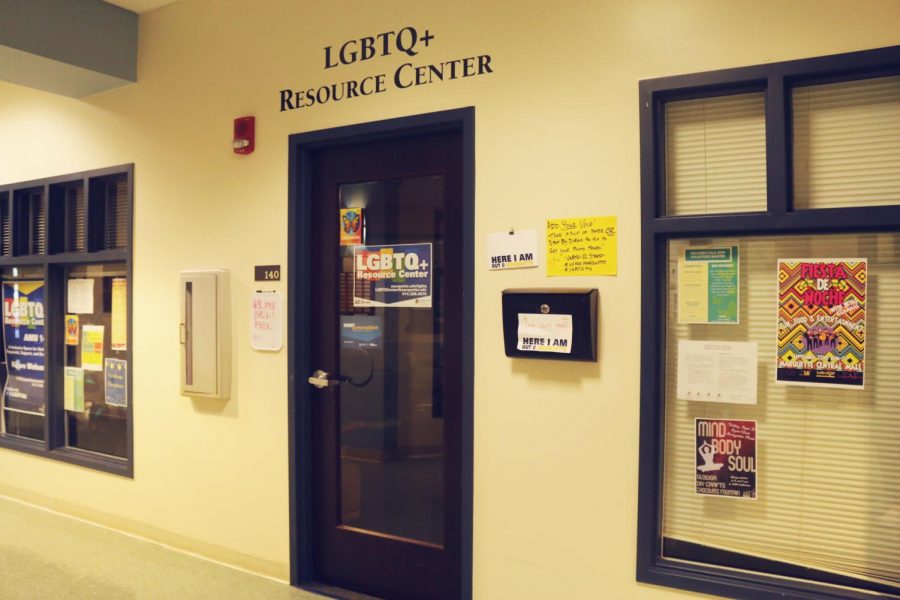 The center had been without an assistant director since the end of the 2017-’18 school year. Interviews for the position were conducted last semester.

Dani Del Conte, a sophomore in the College of Engineering and a volunteer at the center, said when the center had a director, the person’s main job was programming which included coordinating events like bringing speakers and community members into the center.

Without a director, students said a lot of the responsibilities fell on Jennifer Perdomo, the LGBTQ+ Resource Center’s graduate assistant.

“It’s her first year here, and I feel like she’s really nice and doing her best in terms of programming and just kind of letting the space be whatever we need, but also really willing to take feedback and really willing to listen,” Valerie Lynch, a freshman in the College of Health Sciences, said.

Del Conte said that without a director, the programming at the LGBTQ+ Resource Center has been unstructured.

“Having Jennifer there, she has to split her time between being in the center and her classes, so she hasn’t had as much time to schedule events,” Del Conte said.

Areli Herrera, a sophomore in the College of Education and volunteer, said it is clear that a director is needed at the center.

“Last year, when the former director was around, there were a ton of events, there were opportunities to get to know each other. That was one of the reasons it was such a great experience for me,” Herrera said. “Now without someone to carry out those responsibilities, there haven’t been as many events.”

Herrera said she has seen the attendance at the center go down.

“It used to be you could walk in and there would be people chilling, and now most of the time it’s empty, (and) it’s really sad,” Herrera said.

Del Conte also spoke about the lack of student presence in the LGBTQ+ Resource Center.

“I think it’s been a combination of a lot of people graduating who used the center, and also that we haven’t had the programming that typically gets people to come in,” Del Conte said. “Usually people will come to an event, and if they really enjoy it, they’ll come back and start using the center. I think without the programming that there hasn’t been as much of a draw for people to come in.”

Herrera said to have hopes that the new director brings back a lot of things that the center used to have.

“I’m excited just to have someone back in that role, and hopefully have the center be more active again,” Herrera said.

“We are hoping for more programming and more involvement in the Marquette community instead of just an insular space,” Lynch said.

Del Conte said she hopes the new director understands the variety of experiences that people have at the center.

“You can’t really generalize about the people.” Del Conte said.

The students said they hope the new director has experience in the LGBTQ community.

“I hope the person that got hired is actually part of the LGBTQ community because I think that the previous director, their identity really helped them relate, just because they had that firsthand experience and could empathize,” Del Conte said.

“If you are going to be the director, you need to be open and comfortable with talking about (gender and sexuality),” Lynch said. “We know they exist, but it’s really important to see queer adults, and to interact with them.”