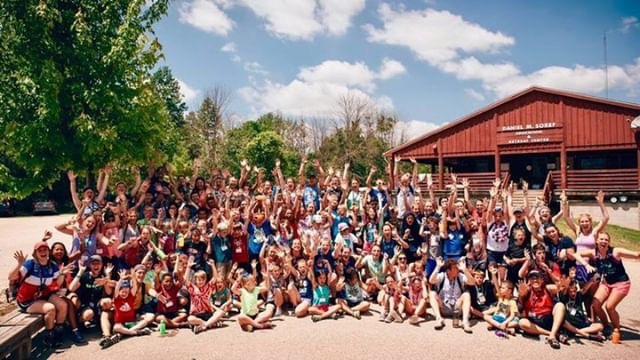 Camp Kesem used Giving Tuesday to raise over $16,000 to support kids at the summer camp for free. Photo courtesy of Allison O'Malley

Camp Kesem at Marquette University raised over $16,000 on Giving Tuesday, which took place Nov. 27. They did so through fundraising on social media and through alumni donations, surpassing their goal of $15,000.

Camp Kesem a national organization that provides summer camps for kids whose parents have or have had cancer, as well as a support system year-round by sending the kids cards and letters. The money will go toward hosting the camp for free.

The camp is intended to give kids a week to just be kids, Allison O’Malley, a senior in the College of Communication and public relations and marketing coordinator for Camp Kesem, said.

“These kids who have a parent with cancer are growing up so much faster than they should be,” O’Malley said. “The camp is a way for them to have fun. It is a week away from what they are experiencing at home.”

The organization has a general body of student members along with counselors who participate at the camp in late June. The camp is in Fredonia, Wisconsin, about an hour away from Marquette. During the camp, the kids do crafts and sports, as well as other activities like laser tag.

The camp also has a theme every year. This year it is A Kesem Story, inspired by fairy tales and storybooks.  Many of the activities relate to the theme, but they also have annual activities unrelated to the theme.

“One of our favorite (activities) is Messy Wars, which is basically just a massive food fight. The kids just are throwing the most random stuff at each other,” said Erin Zinkula, a senior in the College of Health Sciences and volunteer coordinator for Camp Kesem.

This year, Camp Kesem is hoping for about 80 campers, in comparison to the 75 they had last year. When a Camp Kesem chapter was created at Marquette in the 2015-’16 school year, it had about 30 campers.

Camp Kesem is not a grief camp. However, during the camp, there is an opportunity for the kids to share.

“We want to make sure that the kids know that this is a spot (where) they can open up. They should be able to feel welcome to share whatever they want,” Coy said.

Although there is a serious aspect to the camp, most of the camp is intended to let the kids have fun and connect with children who are experiencing similar things to what they are.

“We like to say we are a woohoo camp, not a boohoo camp,”  Zinkula said.

Camp Kesem affects both the counselors and campers. Zinkula said her first summer at camp was such a crazy experience and she had never been so happy. She said it allowed her to be a kid again.

“(When I first went), I was sort of in a funk at Marquette where I wasn’t sure why I was there,” Zinkula said. “Then I went to camp, and the only way to describe it is that it was absolute magic.”