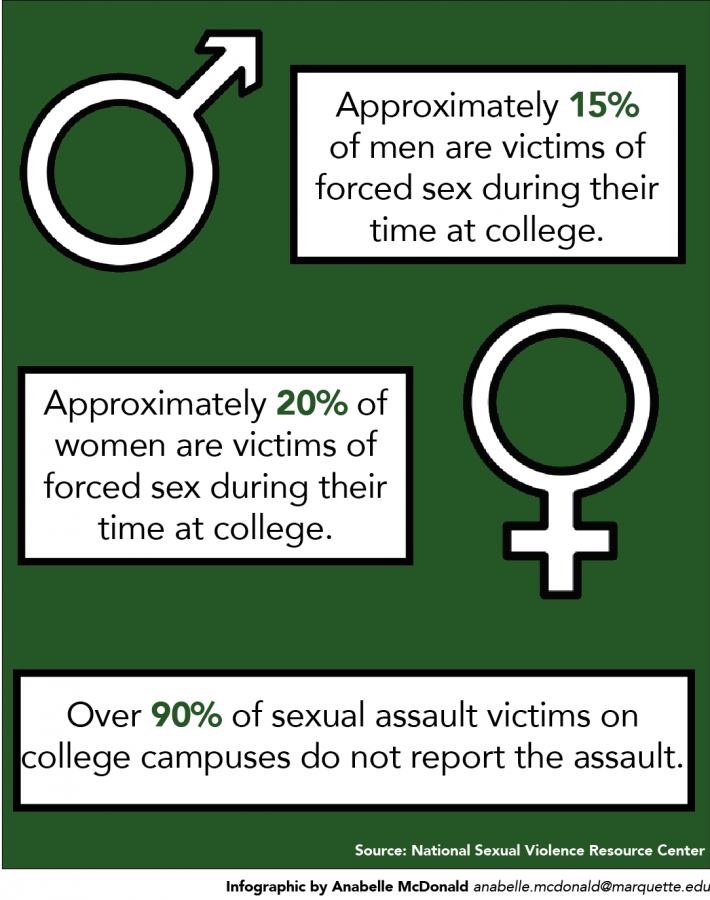 The Department of Education recently proposed changes to Title IX that would redefine the reporting of sexual misconduct on college campuses. This rework includes narrowing the definition of sexual harassment, limiting instances that schools are required to investigate complaints and allowing cross-examination of accusers. The proposal is harmful to the safety of students at Marquette and schools around the nation as it deters students from coming forward with misconduct claims.

Title IX is a federal law that applies to educational institutions receiving federal funds, which includes financial aid for students. The law prohibits sex-based discrimination at these institutions, including Marquette. Sexual harassment is a form of discrimination that schools must address to continue receiving federal funds. However, administrative changes in the Department of Education can lead to revisions regarding how schools should investigate harassment claims. Current U.S. Secretary of Education Betsy DeVos’ proposed changes will overturn Title IX guidelines established during the Obama administration.

One of the most controversial aspects of the proposed changes is that colleges would be forced to allow students accused of sexual assault to cross-examine their accusers. The questioning would be performed by a lawyer or advocate of the accused party and would attempt to find inconsistencies or ulterior motives in the accuser’s testimony. The current Title IX guidelines discourage the use of cross-examination for its potential to re-traumatize victims.

Cross-examination may also discourage victims from coming forward because of uneven access to representation, including if the accused party is able to afford an expensive lawyer and the accuser is not. Brett Sokolow, president of the Association of Title IX Administrators, predicted that the cross-examination requirement would lead to a 50 percent decrease in sexual misconduct reporting, according to Inside Higher Ed.

The suggested guidelines would also redefine what qualifies as sexual harassment. Under Obama-era guidelines, sexual harassment was defined as “unwelcome conduct of a sexual nature.”  The definition would be changed to unwelcome conduct that is “so severe, pervasive and objectively offensive that it denies a person access to the school’s education program or activity.” This definition further discourages victims from coming forward, as they may worry that their experience isn’t severe enough to receive help under the new standard.

The proposal also lowers the number of misconduct cases that a college must investigate. Colleges would only be obligated to investigate incidents that occur on campus or are part of campus programs or activities. This means a school is less likely to investigate an incident that happens at a student residence just outside of campus boundaries.

Under the Obama-era regulations, schools were expected to investigate any assault that occurred between two students regardless of the location. Based on this year’s Marquette University Common Data Set, 46 percent of Marquette undergraduates live off campus or commute. Students who go to these off-campus locations would have less protection under Title IX compared to students on campus.

Schools may also have a financial interest in limiting the number of sexual misconduct cases they investigate. The proposed Title IX changes would save universities $19 million over the next decade, according to analysis from the Department of Education. However, schools should be more concerned about their students’ mental health and safety than cost-cutting measures.

The proposal requires a 60-day public comment period to gauge public reaction before being finalized. The Marquette administration has a responsibility to notify students about how the changes will affect the university’s sexual misconduct policies under Title IX. They should also reaffirm their commitment to protecting students from misconduct by denouncing major aspects of the proposal during the 60-day comment period.