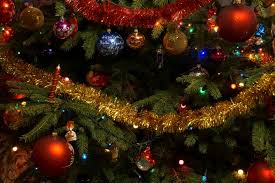 Some students feel that Thanksgiving festivities are often glossed over due to Christmas' premature celebration each year.

With the holidays right around the corner, the annual debate arises: When is it truly appropriate to start Christmas festivities? After Halloween? Before Thanksgiving? The day after Thanksgiving? The middle of December? Evidently, there is no true answer and students tend to disagree about the appropriateness of the commencement of holiday hoopla.

Jennifer Byrne, a graduate student in the College of Communication, said she put up her Christmas decorations — tree included — before Halloween. Her reasoning? The Hallmark Holiday Series started before Halloween, so she said “It was time.”

While Christmas decorations before Halloween may seem early, Byrne explained that since she won’t be at Marquette for Christmas break, she wants to be able to experience the Christmas atmosphere in her apartment.

Still, this may not be the best timeline, as Byrne admitted that she gets sick of it before Thanksgiving.

While Byrne’s Christmas decor may seem a little premature, Amanda Kinsley, a junior in the College of Arts & Sciences, said that she thinks decorations are appropriate once Halloween is over.

“No one really decorates for Thanksgiving, so it’s okay to start a little early,” Kinsley said.

Grace Pitzen, a sophomore in the College of Health Sciences, said she feels that Christmas decorations can start after Thanksgiving, but anything sooner is too early.

A staple of holiday decorations is the Christmas tree. Depending on who is asked, the appropriate date to put up and decorate a Christmas tree varies.

Kinsley said that Christmas trees can go up at the same time that other decorations go up. However, that rule does not necessarily apply for real trees.

“It will start to die, but if it’s a fake one it can be (put up) the same time that you do all of the other decorations, shortly after Halloween,” Kinsley said.

While Kinsley personally appreciates the aesthetic of a real Christmas tree, she said her family has to put up fake trees due to an allergy they contracted to real trees.

“I like fake because I am allergic to real ones,” Kinsley said. “We used to do real ones and my mom and I were like ‘Why do we feel so miserable all the time?’ And then we found out we were allergic to them, so we were like ‘Time for fake ones.’”

On the bright side, Kinsley said she appreciates not having to clean up the fallen needles of a real Christmas tree.

Other students said that Thanksgiving must pass before any Christmas activities are acceptable.

Pitzen said the appropriate time to start playing Christmas music is the week of Thanksgiving. Pitzen’s favorite holiday song to hear is “All I Want For Christmas Is You” by Mariah Carey.

Kinsley said she feels that that the appropriate time for Christmas music is not until after Thanksgiving, giving each holiday their scheduled, well-deserved time.

“With Christmas music, Thanksgiving is a little too early,” Kinsley said. “I’m not in the mindset yet.”

Kinsley’s favorite Christmas song is any rendition of “Santa Baby.”

With Milwaukee’s first ground-covering snow of the season last weekend, but Thanksgiving still a week away, the holiday controversy continues on.