The Commons are modern, but it only has paper towels in bathrooms 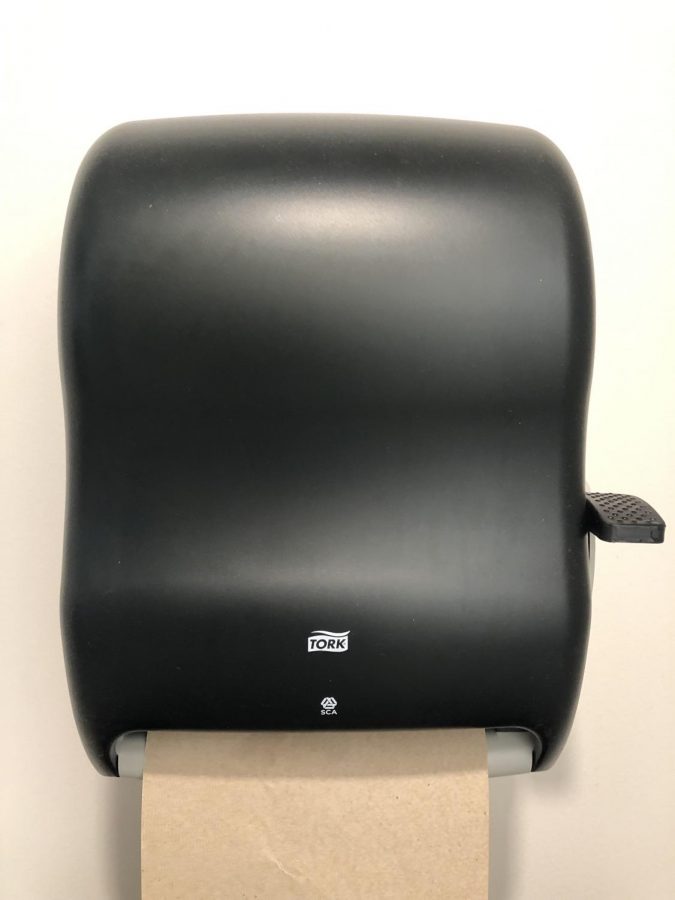 Numerous bathrooms on Marquette University’s campus provide hand dryers, paper towels or both. Many of the more recently constructed buildings have hand dryers, however there is one notable absentee in the hand dryer group: the brand new residence hall The Commons.

“The Commons does not have hand dryers because it was felt that the noise from the hand dryers would be bothersome to the people living on either side of the bathrooms,” Rick Arcuri, executive director of student affairs operations, said.

Arcuri added that there have no complaints about the restrooms in The Commons only providing hand dryers.

Brent Ribble, campus sustainability coordinator, said in an email that campus restroom spaces differ in having paper towels and hand dryers because the restrooms have developed over time.

“Every space is unique and each project is case-by-case with many factors and different resources to consider,” Ribble said.

Arcuri added that there are no hand dryers in residence halls that have private bathrooms.

Residents of The Commons have mixed opinions on the lack of hand dryers.

Abigail Oye, a sophomore in the College of Nursing and Commons resident, said she has noticed that the restrooms in The Commons only have paper towels, but it does not bother her.

“I think it can be easier using hand towels because it’s quicker and can be cleaner,” Oye said. “For example using paper towels to handle door knobs.”

Oye added that using paper towels can be quieter during quiet hours for students that live next to bathrooms.

Kimberly Baeza, a sophomore in the College of Business and Commons resident, said she prefers using paper towels because it takes less time and she likes to wipe down the counters after she uses the sink.

Baeza said she has noticed that restrooms in The Commons only provide paper towels.

“It does partially bother me because it’s not good for the environment,” Baeza said.

Ribble said he thinks providing the option for both in restrooms is important sometimes, but not always.

He also said determining whether paper towels or hand dryers are better for the environment is a complicated question to answer.

“Reducing paper towel waste is great,” Ribble said. “But what are the full environmental life-cycle costs of paper towels vs. hand dryers?”

The university is not planning on taking paper towels out of bathrooms, but Ribble said there are other efforts being made on campus related to paper towels.

“We are sourcing more environmentally-responsible paper towels,” Ribble said. “Last year we switched to paper towels that are made of 100% recycled content and most are non-bleached.”

Ribble said having non-bleached paper towels is important because the chlorine chemicals used in the bleaching process are toxic and can cause harm.

Ribble said currently 82.5 percent of Marquette’s waste ends up in a landfill.

Ribble said there are ways for students that do not want to use hand dryers to reduce paper towel waste.

“Dry your hands on your pants or carry a reusable hand towel, pull less of the paper towel from the dispenser or save half of it for later (and) allow used but clean paper towels to dry, then put then in the recycling bin,” Ribble said.