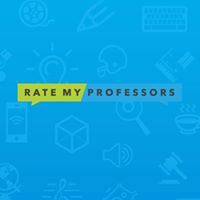 Although professors did not seem to care whether they had a high ranking or not, many students place a lot of weight on the scores as they register for classes.

Class registration brings students the semiannual task of investigating requirements, available courses and perhaps most importantly, professors. RateMyProfessors.com is a standby website for many students seeking insight into their potential instructors.

The website, based on student reviews, bestowed multiple Marquette professors with exemplary scores on a five-point scale. So, who are these esteemed professors?

Patrick Johnson, an adjunct professor in the College of Communication, has a 5.0 rating on the website, gathered from a total of 21 student reviews. A Marquette alumnus himself and employed at the university since 2013, Johnson splits his time between teaching at the university and at a high school in northern Illinois.

Jenny Fischer, a senior in the College of Communication, had Johnson as a teacher twice: once for an entry-level journalism class she took as a sophomore and once for a magazine design course she took as a junior. Fisher used Rate My Professors to research professors before she registered for classes.

After taking his course sophomore year, Fischer said she jumped at the chance to have him as a teacher again.

“Whether you know him or not, the fact that he has that perfect rating on Rate My Professor, he drives back to his alma mater to teach and is someone who all-around cares for people. I think that just says well about him,” Fischer said.

She also said Johnson’s magazine production course was difficult. The class required each student to design their own 16-page magazine, and Johnson repeatedly gave critical feedback on areas that needed improvement. For Fischer, the class was very beneficial to her education, and she described Johnson as extremely relatable, easy to talk to and a person who genuinely wants success for his students.

Another instructor with a 5.0 rating on the website is Kevin Walsh, an adjunct professor in the College of Business Administration and director of Executive Education. Walsh said he is considered full-time faculty but also has a part-time appointment as director of Executive Education, which he said is “non-degree programming for either senior or high potential business leaders.” Because he splits time between the two, Walsh teaches fewer courses than most other university professors.

Walsh is a double alumnus of Marquette, with an undergraduate degree in electrical engineering and an MBA. After working for two decades at AT&T, Walsh returned to Marquette to teach and is also pursuing his Ph.D. at the University of Wisconsin-Milwaukee, which he said he aims to finish sometime in 2019.

Walsh said something he appreciates about Marquette and what drew him back is the Jesuit approach to teaching.

“To be honest, one of the reasons I left AT&T to start a new career in academia is because I felt that I could make a difference, that I could help the next generation of our leaders,” Walsh said. “I could share my experiences and help better prepare them for their careers and help them achieve success in the future, and I think that rings true to the Ignatian spirit.”

Tyler Farrell, a visiting assistant English professor, is also listed as one of RateMyProfessor’s top Marquette instructors. With 36 student ratings, Farrell bears a 4.9.

Farrell attended Marquette University High School and Creighton University, and received his Ph. D. in Creative Writing specializing in poetry at the UWM.

Ben Heigl, a sophomore in the College of Engineering, had Farrell as a teacher last year for English and over the summer for a required rhetoric class. Heigl expressed his appreciation for Farrell, referring specifically to a time when Microsoft Word crashed and he lost half his essay, and Farrell granted him a one-day extension.

For Heigl, Farrell’s success as a teacher lies in some of the small things he does.

“He’s a very quick responder to emails if you have questions or anything, and he’s always open to grading or editing your papers, even when it’s not for his class,” Heigl said. “And he also says hi on the sidewalk, which is something not all teachers do, really.”

While Johnson and Walsh said they do not give the website much value, many students turn to the website during registration time.

Walsh said he felt humbled by students’ positive comments but at the same time recognized that he has taught around 600 students at Marquette, and his 5.0 rating on the website comes from a total of eight student reviews.

“You know, that’s probably not, … statistically significant … not necessarily a fair representation,” Walsh said. “There’s a lot of outstanding professors at Marquette, and there’s a lot of ways to find who they are.”

Johnson said he agreed with that sentiment.