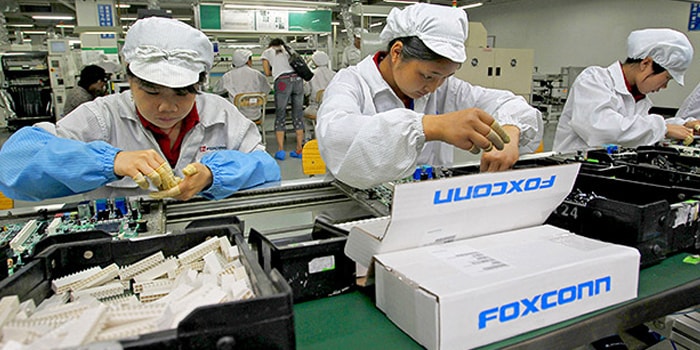 MUSG is considering legislation that would recommend that “Marquette University stays committed to working with companies who invest in Wisconsin.”

MUSG is considering legislation that would recommend that “Marquette University stays committed to working with companies who invest in Wisconsin.”

Ruppe said that the legislation means that MUSG wants to encourage Marquette to provide opportunities for students to work with corporations in the Wisconsin area.

“The biggest thing about the Jobs and Opportunities Act is focusing on one goal, which is relationships,” Ruppe said. “And Marquette has been known to do that so well, especially with the Avenues West neighborhood and the Near West Side, but they want to expand that even further to greater Milwaukee.”

Ruppe believes Marquette should capitalize on the large corporations hiring in the area, particularly Fortune 500 companies like Foxconn.

“I think that’s what we need to focus on here — big companies that have big reputations but also making sure that Marquette is able to fill students into these positions,” Ruppe said. “And that’s key, especially for outreach and making sure that our university gets the recognition that it so desperately deserves.”

Foxconn recently invested $100 million into the University of Wisconsin-Madison to supply internships and jobs to student and faculty at the university, according to the Associated Press.

Ruppe believes this was a “great move” by UW-Madison, and believes Marquette should establish similar agreements, especially since Foxconn promised the potential to create 13,000 jobs in the state.

Foxconn predicted this job creation in a July 2017 news release.

“I mean, think, that could be filled with UW-Madison students, but where’s our end of the deal for Marquette students?” Ruppe said. “We want to be competitive with the UW system as well, because there are students who probably do want to work for companies like that or even Harley-Davidson or Johnson Controls or Northwestern Mutual to name a few, who are making big investments into our state.”

Erin Murphy, a senior in the College of Engineering and MUSG senator, is a sponsor of the legislation.

“This piece of legislation is really just a recommendation to expand some of the great things we have,” Murphy said.

Murphy said she believes that the College of Engineering has already experienced some of these opportunities the university has.

“One thing that’s lucky about our college is that we have a lot of companies here in Milwaukee that work with the students, they attend our events a lot, and we’re able to collaborate with them for funding for also just clubs and extracurricular level,” Murphy said. “So this piece of legislation is just to … look into what we can do for other colleges, and hopefully they can establish those relationships with the Greater Milwaukee area as well.”

Some of these opportunities for jobs and internships can be found at the Career Services Center.

“As far as opportunities, our career services center here at Marquette meets with employers all over Wisconsin, really all over the region, and talks to them about their internship and early talent programs,” Naomi Pollek, assistant director of employer relations at the Career Services Center, said.

Pollek said that the CSC has over 2,000 employers in Wisconsin that have been approved to recruit Marquette students available on the website Handshake.

“Handshake is the online career platform that Marquette has instituted for the entire university,” Pollek said. “So all majors, all colleges can use it. Essentially …  when students enroll for a degree program here, an account is immediately set up.”

Handshake is the primary way the CSC connects students with employers and can be used by students to find full or part-time jobs or internships, Pollek said. Students can also find out about events happening at the university that feature employers who appeal to them.

Pollek also said that Marquette has already been working with Foxconn.

“They actually did do a press conference here with President Lovell in September,” Pollek said. “A lot of that is going on at the higher executive level where there are conversations being had. Foxconn was at the Fall Career Fair promoting opportunities that they had available and they are engaging with us now to talk about internships. It sounds like, from what they have shared so far, they are still developing an internship program.”

Dan Brophy, legislative vice president of MUSG and a junior in the College of Arts & Sciences, said he believes this is an important piece of legislation for MUSG to consider.

Pollek also said she has seen a recent push from employers in Wisconsin to keep talent in the state.

“That’s definitely a really high initiative for a number of the large organizations here in Wisconsin … having met with a few employers, they’ve shared that recruiting out-of-state college students to come to their organization costs them a great deal of resources,” Pollek said.

Forty-eight percent of Marquette graduates go on to work in Wisconsin after graduation, and Ruppe said he believes Marquette should work to continue this trend.

“At the end of the day, Marquette has such a big presence in Milwaukee that we want to start working with other partners that make a difference in the community,” Ruppe said.

The recommendation emphasizes that “part of Marquette University’s Jesuit Mission promotes engagement with the surrounding community.”