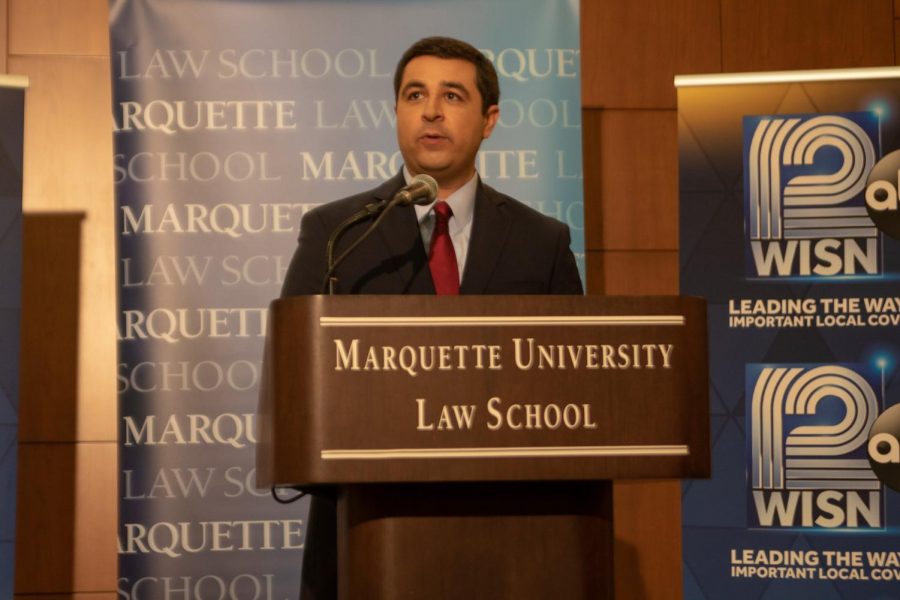 Kaul won the race with 49.5 percent of the vote while Schimel received 48.7 percent, with 3,673 precincts reporting, according to the Associated Press.

Paul Nolette, an associate professor of political science who is an expert on the relationship between state attorneys general and the federal government, said this midterm election looked good for Democrats across the board.

“This is consistent with how midterm elections have operated in the past, since the party in control of the White House tends to do poorly in midterm elections,” Nolette said. “This is especially true when, as is now the case, the president’s approval rating is low.”

Nolette said this is beneficial to Democrats that are even further down the ticket, like Kaul.

In a recent debate at the Marquette Law School, Kaul said that as Attorney General he would hold pharmaceutical companies accountable for the opioid crisis and withdraw from a lawsuit led by Schimel to invalidate the Affordable Care Act if elected to the position.

He also differed from Schimel on school safety. Schimel has stated that the government should not decide for schools whether to arm teachers.

“As AG, I will fight against any effort to arm teachers in Wisconsin,” Kaul said. “I also think we need … some long-term funding for mental health programs in schools.”

Kaul has also criticized Schimel’s approach to rape kit testing and the use of coins to reward police officers.

“We need an attorney general who is willing to take on tough fights and who is focused, every day, on protecting Wisconsinites,” Kaul said on his website.

Since Kaul only won by 0.8 percentage points, Schimel could call for a recount in accordance with Wisconsin law.

Note: The current results are unofficial. Each county must conduct a canvas and results must be certified by the state before being finalized.