Democrat Baldwin declared winner of US Senate seat in Wisconsin 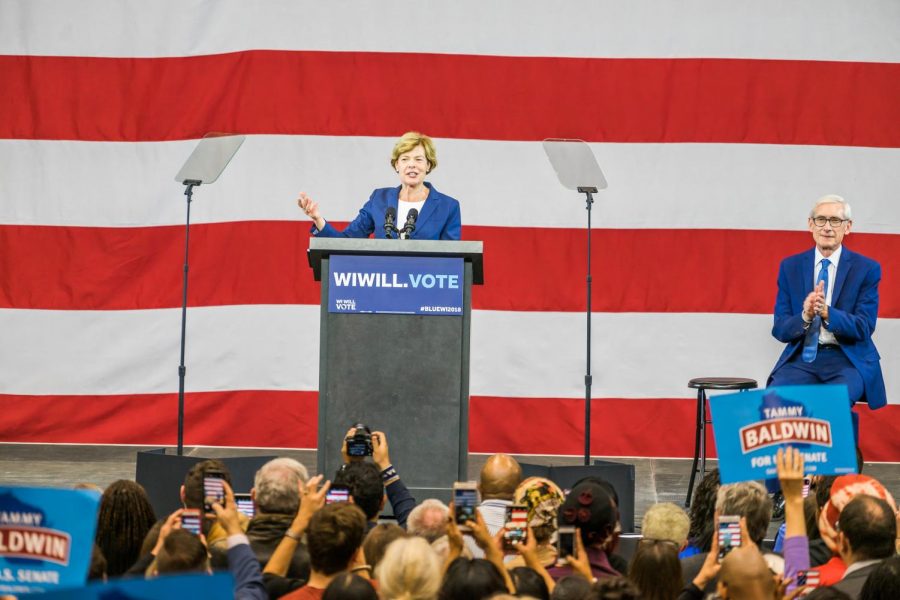 Baldwin pulled ahead with 55.4 percent, while Vukimir had 44.6 percent, according to the Associated Press.

“Each one of us is needed to move Wisconsin and the United States forward,” Baldwin said in her victory speech. “We can and we have that and we will make a change together.”

She was previously elected in the 2012 U.S. Senate race and became the first elected openly-gay congresswoman.

During her time in office, Baldwin said she wants to make sure young Wisconsinites are able to stay on their parents’ health care until age 26 and those with pre-existing conditions are protected.

“Baldwin was called early because it became clear early on that she did better in counties that you wouldn’t necessarily expect her to do well in — not that she won them, but did better than a (Democrat) normally would.  They also had intel, I’m sure, about huge turnout (in) Madison and high turnout in Milwaukee,” Murray said in an email.

Colleen Coveney, a freshman in the College of Education, said she was excited Baldwin won.

“I think she has a lot of the same values as I do and she is very passionate about what she’s done,” Coveney said.

Coveney attended a bipartisan watch party in Johnston Hall on Election Night. While she voted in her home state of Indiana, Coveney said she is excited to see what Baldwin will do with her position in the state of Wisconsin.

Baldwin will begin her next term in office Jan. 3 and will work there for the next six years. She will be sworn in by Vice President Mike Pence.