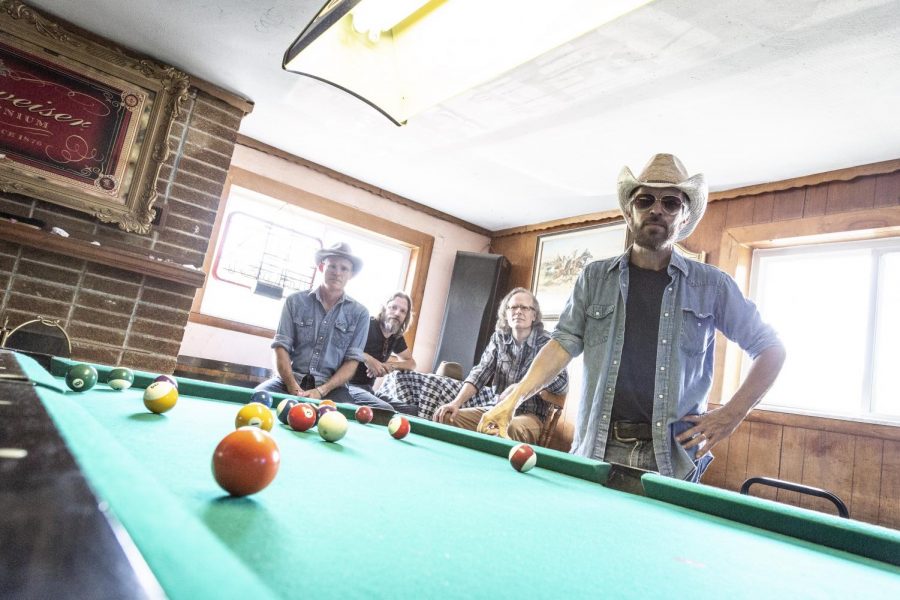 The Bottle Rockets will play at Shank Hall Thursday.

Alternative country group The Bottle Rockets will perform at Milwaukee’s Shank Hall Nov. 8. Ahead of their arrival in Brew City next week, frontman Brian Henneman offered some insight into the group’s new album, “Bit Logic,” as well the group’s roots.

As far as the music writing process goes, Henneman said he doesn’t exactly know how it works.

“You get an idea and just run with it,” Henneman said.

Those who are familiar with classic Bottle Rockets hits such as “Indianapolis” and “Headed for the Ditch” might notice a bit of a difference on the new album. Henneman said this much is intentional.

“There’s no big dirty guitar sounds and all that stuff,” he said.

But that doesn’t mean the group has lost their country roots. In fact, that’s something Henneman said the group has always had and always will have.

“We’ve always done country songs,” he said. “Every album has at least one song you can classify as country on it.”

Over the years the group has found success in the country genre while simultaneously exploring other styles of music. Henneman cited the Bottle Rockets’ 2015 album “South Broadway Athletic Club” as being a bit more on the pop side of the spectrum. He said the group thought of it as a bunch of singles, one after another, rather than one cohesive album. He said that’s not the case with their latest album, “Bit Logic.”

Henneman said this is likely because the songs for this album were all written in a span of three months. The group actually booked the recording studio before they even finished all the songs for the album, which also helped speed the writing process along.

But for a band like the Bottle Rockets who has been recording music since the early ’90s, and especially so for Henneman who recorded with bands such as Chicken Truck and Uncle Tupelo — even earlier than the Bottle Rockets’ formation in 1992 — the recording process has changed so much over the years.

When Henneman started recording music, it was on cassette tapes.

“We did start before there was internet,” Henneman said. “There was no W-W-W dot anything on our first three albums.”

And it’s not only the music recording process that the band has had to adapt to, but the distribution process as well.

“The internet showed up and all of the sudden music rapidly fell of the cliff of being something you bought to something that was just free,” Henneman said. “Because we are older guys, we aren’t like super internet savvy or anything like that.”

He added he feels lucky that the group has always been affiliated with a record company and that the band has never had to get into self-distribution.

“I can’t say that we figured it out, but we’re existing and we’re still doing it,” Henneman said. “You just keep plugging away at it because you want to make music.”

Touring more often and scheduling more shows is just one way the group makes up for sales they used to make on albums, although Henneman said that the group’s fanbase is still pretty good about buying albums. He said he feels fortunate that they already have an established fanbase.

“It would be tough starting out today,” he said. “I don’t know how I would even go about it.”

Henneman sites artists such as Tom Petty, Cheap Trick and Lynyrd Skynyrd as just a few of his many influences.

As far as what bands Henneman and The Bottle Rockets have left their mark on, it’s a little less clear.

“I meet people all the time that say they have bands that do our songs, but I can’t even guess who we’ve influenced,” Henneman said. “Hopefully somebody, maybe, who knows.”

But the group’s influence can be traced in a much broader sense. The Bottle Rockets have influenced the political climate today, even if it’s in an indirect way.

In 1992, the group released a song called “Wave That Flag,” which highlighted the confederate flag and what it stands for. In the song, Henneman’s lyrics question the meaning of the flag and whether it stands for what this country believes in. Specifically the line “It’s a red, white and blue flag, but it ain’t ours,” shows Henneman’s stance on the “rebel flag.” This topic has become much more debated in recent years, but when the song was released in 1992, it was likely a lot more unpopular to be opposed to the flag.

Henneman said it’s a good sign to be able to see the group’s music age well and become more relevant years after it was written.

“That means you can look back on your past and even though it may seem like you didn’t know what the hell you were doing at the time, you can say ‘Yay for us, we had some sort of something that didn’t really get old,'” he said.

But the members of the Bottle Rockets that appear on stage to perform at each show aren’t necessarily the only ones behind the writing.

Scott Taylor, a former high school English teacher of several Bottle Rockets members, still plays a role in the songwriting process today. Taylor, only a few years older than most of them, was always pushing the group to move forward in the early stages. He also showed Henneman and the other members a lot of music that played a vital role in their influence as musicians, Henneman said.

As the group began to write their own songs, Taylor helped out when he could.

“He wrote some of the lyrics to some of the biggest songs we have like ‘Welfare Music’ or ‘Gravity Fails,'” Henneman said. “And he is still around, he has lyrics on our new album.”

On their new album, Bit Logic, one of the most popular songs is titled “Bad Time to be an Outlaw,” which references the subgenre of country music the Bottle Rockets are often classified as: outlaw country.

And while some might speculate this to be about the music genre itself not making as much money as modern pop/country artists, Henneman said he didn’t intend for this to be the message. Instead, the song is about a specific incident in which Henneman said it was a bad time to be an outlaw.

“Particularly, a long specific run of expensive calamities took what is normally a good thing and turned it into a bad thing,” Henneman said. “Just the income versus the outgo of the money made that particular moment a bad time to be an outlaw.

The Bottle Rockets will be touring throughout the Midwest over the course of the next two months, but Henneman noted that Milwaukee has always been a good place for them to play live music.

“Milwaukee is a place we’ve played at since the start,” he said. “It’s just a solid, good time.”

Tickets are still available for The Bottle Rockets’ show at Shank Hall for students and concertgoers who wish to have “a solid good time.”