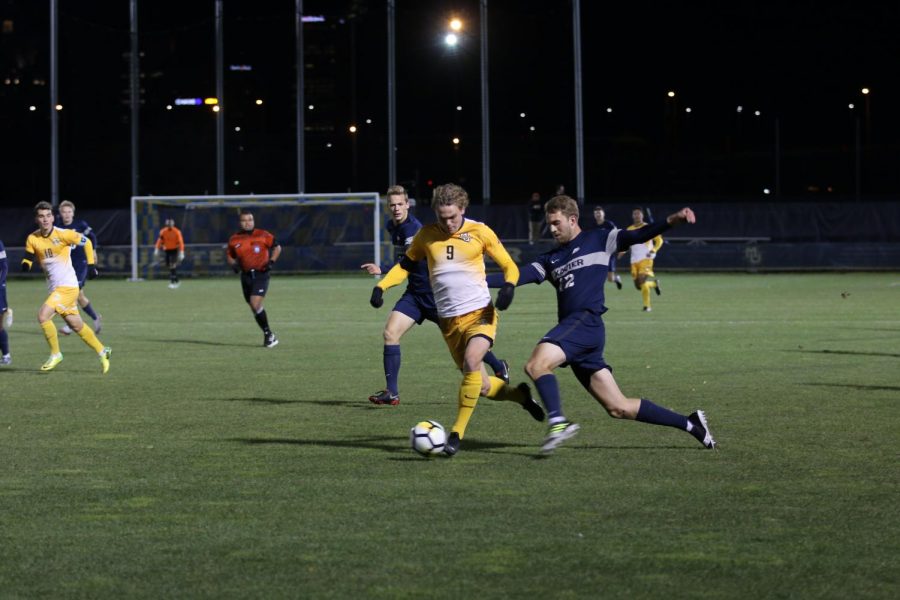 Senior forward Diego Nunez tallied his first goal of the season in the 30th minute. The goal marked the fifth of his career.

Junior forward Josh Coan added on an insurance marker in the 37th minute which gave Marquette a 2-0 lead going into the second half.

In the opening stages of the second half, senior goalkeeper Luis Barraza picked up a red card. Cedrik Stern replaced him as Marquette played with 10 players for the rest of the match.

Barraza stopped all six shots he faced before he was removed from the game. Stern collected two saves.

Butler pulled back to within one after defenseman Alex Lehtinen scored in the 47th minute on a penalty kick.

The Bulldogs outshot the Golden Eagles 21-6. Marquette did not register a single shot in the second half.

While Marquette seemed to struggle in the second half, its defense held its own. Only two of Butler’s 12 second-half shots were on goal.

In the entire match, Butler had nine of its 16 shots on goal, and Marquette had four of its six shots on goal.

The Golden Eagles improved their BIG EAST conference record to 4-3-1, and they now sit in fourth place in the conference standings with 13 points.

Sunday’s win for the Golden Eagles eliminated Butler from appearing in the BIG EAST Championships.

Marquette finished its road record for the regular season at 1-5-0 and face DePaul for its final home match of the season Wednesday at 7 p.m.