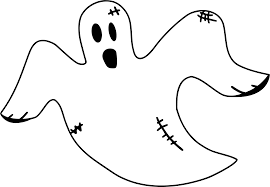 Students will have the chance to explore two campus buildings rumored to be haunted this weekend before Halloween.

Each October, rumors of Marquette’s paranormal residence inevitably crawl their way through campus. While some buildings house seemingly definitive proof of ghosts, others have only questionable claims, leaving some students less than convinced.

Even the most skeptical can test these rumors Friday night as students join Paranormal Investigators of Milwaukee in conducting paranormal investigations in Marquette’s Straz Tower and Johnston Hall.

Held through Late Night Marquette, Paranormal Marquette begins its investigation event at 9 p.m. in the Alumni Memorial Union Ballrooms. Students can enjoy a caramel apple bar, apple cider and coloring sheets as they wait for the tours to begin. Taken in three rounds, students will first walk to the Straz Tower pool and then to Johnston Hall, staying at each location for 45 minutes where investigators from PIM will attempt to explain Marquette’s paranormal rumors.

“I got involved (in paranormal investigations) just through curiosity. I never had a personal experience,” Noah Leigh, founder and lead investigator of PIM, said.

His aim: to find explanations for paranormal activity through the application of science.

Not their first time on Marquette’s campus, PIM members will begin at each location by going over the paranormal claims, Leigh said. They will then have a moment of controlled silence to understand the normal sounds of each building. Next, Leigh explained, they will begin an Electronic Voice Phenomenon session in which they will ask questions about the claims and wait for responses from the ghosts.

During their last visit to Marquette in 2016, PIM visited the fifth floor of Johnston Hall.

“While we were in an empty hall there were claims of knocking coming from inside one of the office doors,” Leigh said, noting they couldn’t be certain it was paranormal activity.

It is believed that two Jesuit priests jumped out of a window on the fifth floor of Johnston Hall, dying by suicide. Those who walk through Johnston’s fifth floor have reported strange noises and changes in temperatures, some even claiming to have seen figures in the windows.

Devon Hanley, a senior in the College of Communication, has heard plenty of rumors of Johnston Hall’s paranormal activity.

“I’ve never done anything like (a paranormal investigation) before,” Hanley said, adding that she plans on joining PIM in the investigation. Hanley said she’s drawn to Paranormal Marquette by her curiosity and love for feeling scared.

“Getting scared is something I love in the moment and then after I regret it,” Hanley said.

As for Straz Tower, swimmers may hear the whispers of a young boy who reportedly drowned in the pool of the former YMCA.

“I think a lot of students don’t know what to expect. I’m excited to see how word spreads throughout the tour and after,” Fitzgerald said.

Fitzgerald said students are welcome to wear their costumes on the tour. She said Marquette’s Halloween activities get her in the Halloween spirit and hopes Paranormal Marquette does the same for others.

While she has never had any paranormal experiences herself, Fitzgerald said Straz Tower’s stairways feel creepy at night and she has heard about many experiences from her friends.

“I don’t know what to believe, but it’s so interesting. When I hear stories, I believe it,” Fitzgerald said.

Emma Swinney, a sophomore in the College of Arts & Sciences, said she would like to know if the rumors are true and why the ghosts are haunting Marquette.

“I think the idea of paranormal activity is interesting. I definitely believe in ghosts,” Swinney said, adding that she recently had a possible paranormal encounter on campus.

This past week Swinney was the only one staying on her Schroeder Hall floor over fall break. She said she walked into the bathroom last Saturday morning to find all of the shower curtains closed, an odd occurrence.

“The shower curtains are never all closed and the bathrooms aren’t cleaned on Saturdays so I know it wasn’t the cleaning staff,” Swinney said. She quickly checked behind all of the curtains and while she didn’t find anything, she said she felt uneasy, especially since she has heard that Schroeder’s ninth floor is haunted.

Whether skeptics or strong believers, students can sign up for the event in the Center for Leadership, Service and Involvement, located on the first floor of the AMU, but are welcome to attend without signing up in advance.