Why one college student deleted some blue apps from his phone 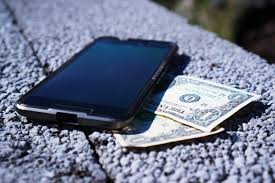 I’m at a party and my friend asks me to Venmo him five bucks for pizza. “Sorry, I don’t believe in Venmo,” I say, handing him a five. He looks insulted at the thought of having to handle cash.

I’m at a bar in London and a new acquaintance says we should keep in touch. “Add me on Facebook,” she says. Nervously, I say that she’ll have to add me – I don’t have the app on my phone.

Surely, having these apps would make me less awkward and facilitate many of my everyday interactions, but nothing about either of these apps appeals to me.

If I am going to download an app, I need to have a good reason, and to this point, Facebook and Venmo haven’t given me one.

I’ve always been skeptical about the security of Venmo and other mobile payment apps.

As it turns out, several Venmo security breaches led the Federal Trade Commission to investigate the app in 2016, which found the app had failed to be transparent about the status of transactions and its privacy policies, bringing real harm to users.

If this isn’t bad enough, every transaction made on Venmo is public information – like any other social media post. A two-hour stay at that seedy motel on the edge of town or 70 Chicken McNuggets – all of these purchases are public information unless a user opts out. But Venmo is unclear about how this practice works.

The more I learn about this app, the more turned off I am by it: I can’t trust that other users – or Venmo itself – won’t change the status of pending transactions at will, or keep tabs on my every move.

Unlike Venmo, I have used Facebook in the past. In its earlier days, I loved it and would spend hours on my feed, but after a while, my experiences stopped being positive.

Logging on to Facebook is like coming home after a long day to a sink full of dirty dishes, overflowing trash cans and carelessly abandoned pieces of clothing: it’s ugly and rage inducing.

If I could tolerate the content Facebook spews onto my timeline, I might be able to overcome its terrible interface. Instead, all I see is advertisements, memes from 2011 and posts from my grandmother about how great Alex Jones is.

Moreover, Facebook has proven it can’t be trusted. While it is unreasonable to expect technology companies to ignore our data, Facebook lacks meaningful ethical boundaries when it comes to spying on its users. And although it hasn’t been proven, there is a contingent of people who believe that Facebook listens to its users’ conversations, using this data for targeted advertisements.

On principle, I refuse to use Facebook or Venmo, because I fundamentally cannot trust them.

However, there is one little blue app I do love: Twitter.

Spending time on Twitter is like having a picnic on a landfill; I know the only thing separating me from a heaping pile of trash is a thin blanket I got on clearance at Walmart, but the potato salad is so good, I can’t be bothered.

Twitter succeeds where Facebook fails by giving me content that I actually enjoy. Twitter’s algorithm perfectly balances the content I see, seamlessly integrating advertisements between updates from the Associated Press and the self-deprecating humor that has come to characterize the platform. And while there have been a few security issues with the app, they pale in comparison to those experienced by Facebook and Venmo.

Scrolling through Twitter is a staple of my day. Sure, it has problems, but they’re negligible in context.