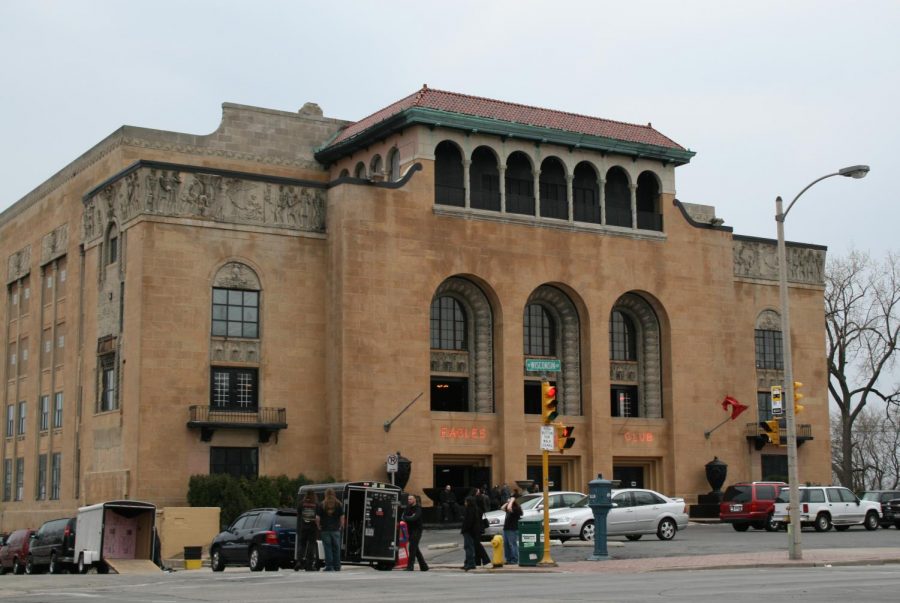 The Rave is one of the most popular concert venues in Milwaukee, and is in walking distance for Marquette Students.

While Milwaukee is known for craft breweries and cheese, it also has an eclectic concert scene. Seventy-five-acre Henry Maier Festival Park is annually home to Summerfest, and large concerts are frequently held at athletics stadiums like Miller Park and the newly-built Fiserv Forum.

For students on a budget, attending shows at large arenas is often outside their means. Fortunately, Milwaukee is home to a wide variety of unique and wallet-friendly venues as well.

Erin McDermott, a junior in the College of Communication, said she usually goes to concerts in the Milwaukee area once a month. She said her favorite concert setting in the city is the Back Room at Colectivo Café on Prospect Avenue, on Milwaukee’s north side.

While the Colectivo location appears from the outside to just be a hip coffee shop, an attached room in the back features a fun, trendy atmosphere complete with plants, McDermott said.

McDermott explained that smaller venues like the Back Room have a unique ambiance. The intimate atmosphere most popularly draws indie and indie-rock bands.

Similar to the Back Room at Colectivo but “more grunge and obscure” is the Bay View area live music venue Cactus Club, McDermott said. She went to Cactus Club to see Chicago-based psychedelic rock band Post Animal on a snowy April day last year. As a devout concert-goer, she braved the storm even while her friends could not make it out.

“That was the first concert I had ever been to by myself, and that was actually one of the most amazing experiences of my life,” McDermott said. “It was so freeing and weird to be at a show by yourself, but I highly recommend it.”

Gabe Andrzejek, a junior in the College of Engineering, also frequents concerts around Milwaukee. He said he appreciates that some large, popular names visit smaller venues. Attending smaller venues makes the concert experience cheaper and gives it a more personal feel, he said.

Andrzejek also said that a favorite venue of his is the Rave/Eagles Club. Located on Wisconsin and 24th Street, the Rave is within walking distance of campus and serves as an extremely popular venue for students to see their favorite artists perform.

“The Rave is probably the best in the area for it you’re going to see a concert because it has a legacy and a history behind it, and they constantly have good names,” Andrzejek said.

“The A$AP Mob concert was a lot of fun. It was something me and my friends decided to do last minute so it was just spontaneous and on the fly,” he said. “So, we did that, went out, had a good time, and overall the performance was really good.”

Two weekends ago, Hannah Van Der Karr, a sophomore in the College of Communication, saw pop musician Troye Sivan at the Rave. A group of her friends made a five-hour trip from Indiana University to join her. Being able to experience and enjoy the music with friends made this concert her favorite, Van Der Karr said.

Van Der Karr has plans to visit the Rave again November 27 to see Bastille and Young the Giant perform in the FM 102/1 Big Snow Show 13.

The Rave is not the only place Van Der Karr has visited to enjoy music. She attended a concert at the Pabst Theater last spring, seeing Todrick Hall April 11. Like McDermott, Van Der Karr ended up going stag, the result of a Wednesday night impulse ticket buy and a dedication to Hall’s music unmatched by her friends.

“I was front row — I was literally next to the stage — I touched his hand … The show itself was incredible,” she said.

This type of intimate concert experience is much less possible at larger venues such as Miller Park and Fiserv Forum.

Many of the concert venues are owned by one company. The Pabst Theater Group is the overarching owner of the Pabst Theater, Turner Hall, the Riverside Theater and the Backroom at Colectivo. McDermott found that the group is very organized and creates concert experiences beneficial not only to the patrons but to the acts as well.

To explain her feelings on concerts in Milwaukee, McDermott compared a nearby city she was familiar with. McDermott said that while the Chicago music scene provides a large number of venues to experience a vast variety of music, concerts there, in her experience, are nowhere near as intimate as the ones in Milwaukee.

Van Der Karr agreed. “The more intimate feel that Milwaukee brings is a lot more representative of what I want my concert experience to be like,” she said.