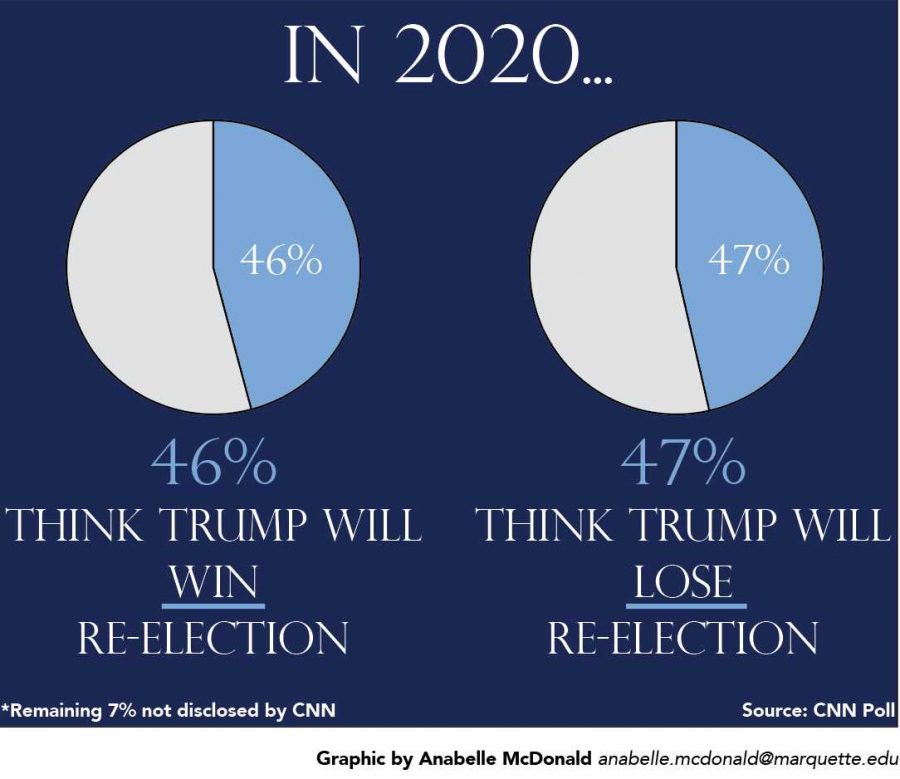 It’s funny how time slips away.

The 2016 election and the preceding campaign seem so distant now, despite only two years passing in the interim. Within that time, this nation has weathered division that only seems to worsen with each passing day.

The primaries leading up to the 2016 election were vicious and highlighted the complacencies and vileness that have made this nation’s politics so gauche and vitriolic. Trump’s election defied pollsters and policy experts’ predictions.

Now, as midterms draw to a close, some politicians in the American left are sharpening their rhetoric and are fine-tuning policy support in preparation for the next presidential election. A recent CNN poll outlined Democratic contenders to run in 2020 against the former reality show host, and the list inspires little confidence.

The most popular candidate in CNN’s preliminary poll was former Vice President Joe Biden. This should not come as a surprise as Biden benefitted from the image of working alongside Barack Obama from 2008 until 2016. While Biden’s name is associated with the goofy, fun-loving politician who shared a friendship bracelet with Obama, it is also inextricably linked with an easy target for Republican opponents: Anita Hill. Hill, a black woman who accused Justice Clarence Thomas of sexual harassment in 1991, was intensely questioned by an all-white, all-male judiciary committee lead by Biden. Following the recent contentious nomination of Brett Kavanaugh to the Supreme Court, echoes of Biden’s role in the Clarence Thomas hearings crept back into public consciousness. After such a passionate and public effort from the left to avoid the mistakes of 1991, linking Biden to Hill would be an easy route to highlight hypocrisy in the potential candidate. While Biden remains a safe bet for the establishment, this same mentality of party entitlement was instrumental in the failures of the Clinton campaign.

Fresh faces may be the route to victory in 2020 for the left. Names like Cory Booker, Kamala Harris and even Texas Senate candidate Beto O’Rourke have been bandied about in recent months. These potential candidates are certainly aware of the gravitas their actions carry in the lead-up to the 2020 election. Each of these options have their respective ups and downs, as expected from a wide array of candidates from around the country. However, these men and women are, in some capacities, a healthy step toward a more leftist Democratic establishment. After the division within the left during 2016, compromise candidates like these are poised to garner support from across the left if they play their cards properly.

Speaking of playing cards properly, Sen. Elizabeth Warren has started the 2020 election cycle by doing the exact opposite. Releasing a DNA test confirming that she has Native American ancestry to dispute claims made by President Donald Trump has been an outright blunder on her part. In the media world we exist in, the “Pocahontas” controversy is practically ancient history and Warren’s reprisal of her feud with the president in this capacity can only serve to overshadow the positive steps the senator made during 2017 and 2018 by supporting progressive policies such as Medicare-For-All.If Warren is to remain a contender for the White House in 2020, this controversy needs to fall out of the public consciousness once more.

The other name in CNN’s recent poll that stands to make a significant run in 2020 is Sen. Bernie Sanders. While Democratic Party purists keep their heads firmly in the sand on the concept of running an independent like Sanders, citing their dogmatic line, “He’s not a real Democrat,” Sanders’ popularity since the 2016 election has only grown. Sanders may not be a part of the Democratic establishment, but look what the Democratic establishment led this country to over the past few years. After eight years of compromises, Congressional blockages and internal pandering, the mainstream Democratic party left many voters disaffected. The 2016 election saw millions of voters staying home rather than even selecting the lesser of two evils.

Sanders represents a leftist populism that resounds strongly with the youth of this country and could be the catalyst to bringing the Democratic establishment away from the feckless hand-wringing of political centrism offered by potential candidates such as Hillary Clinton or former Republican mayor of New York City Michael Bloomberg.

While it may seem pessimistic, the road ahead is uncertain. After such an embarrassing loss in 2016, it feels as if a clear challenger to Trump’s presidency should have emerged by now. Yet bad blood between candidates and factions on the left leave room for improvement. While there may be an entire election season ahead of us, the seconds continue to tick away.