Kieger finally settles in at Marquette 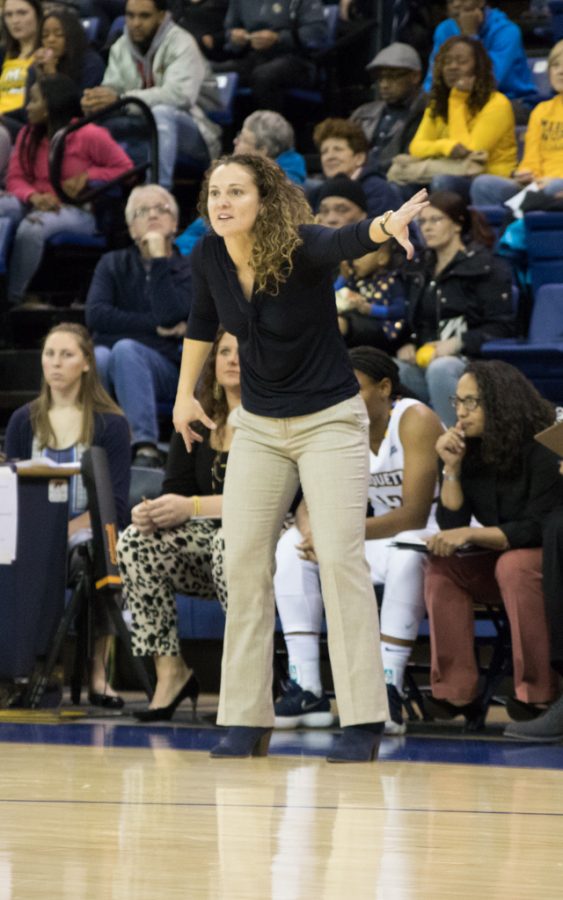 Just over a decade ago, Carolyn Kieger was the maestra on the hardwood for the Marquette women’s basketball team.

During her playing days, the Minnesota native was a four-year starter and three-year captain for the Golden Eagles. She put up unheard of numbers for the squad, becoming the only player in program history to score 1,200 points and put up 400 rebounds and 600 assists in her career.

Fast forward to 2018 and she is making history again at her alma mater, but this time she’s doing so as head coach.

The success was hardly immediate for Kieger. The team went a combined 23-38 in her first two seasons. She had the youngest program in NCAA Division I in the 2015-’16 season with eight freshmen.

Now the remaining players from that freshman class are seniors. It is her first team of exclusively players she recruited.

“You can’t make up for knowing a person and one-on-one meetings and the team meetings that we’ve had,” Kieger said. “So the chemistry and camaraderie of this group is better than I’ve ever seen or had, and I think that’s going to carry a long way when it comes down to the end of the season.”

Perhaps Kieger’s most successful protege has been senior guard Blockton, the returning BIG EAST Player of the Year, two-time WBCA All-American and BIG EAST Scholar-Athlete Sport Excellence winner. Blockton said Kieger has been instrumental in her path to these accolades.

“She’s a great basketball mom,” Blockton said. “She’s my mentor and she teaches me, she talks me through plays and she’s been really great helping me with my success throughout the years.”

“She has trust in me, I have trust in her,” Davenport said. “Just that trust factor and being able to be experienced and understanding what she wants is huge.”

With their coach finally having found her home and building this program and roster around her values, the 2018-’19 Marquette women’s basketball team is projected to potentially be one of the most successful in program history.

But with huge expectations on her squad this season, Kieger has not let that change her mindset.

Kieger has limited time with this group, but that reality hasn’t quite set in yet.

“I don’t really want to talk about that yet,” Kieger said. “I’m trying not to focus on that, either. Senior night will be a very hard night for me. But just like them, I want to enjoy this time for them as well. We’ve had a lot of blood, sweat and tears in the last three years and there’s been a lot that went into building this class the way they’ve developed.”