College of business launches one of twenty programs in nation 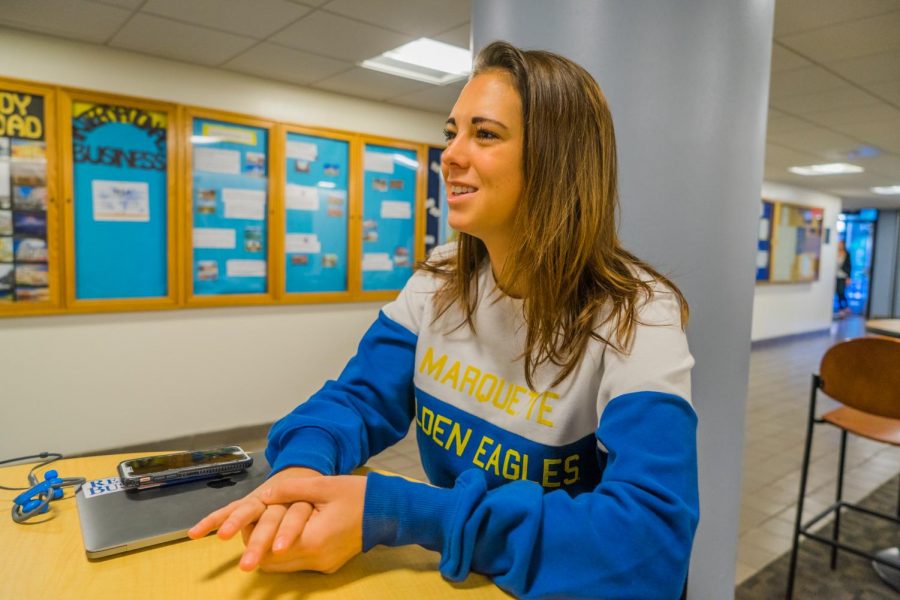 Julie Wolfla, a sophomore in the College of Business Administration, said she was also involved with the startup of the SRB program as a member on the founding board of student advisers.

The College of Business Administration and other benefactors donated $300,000 last fall to launch the Marquette University Student-Run Business Program, one of only 20 programs in the nation, Owen Raisch, associate director of the program, said.

Raisch said since the development and kick-off of the program, seven business ventures have been created and two of them are already financially sustainable or profitable. Two more businesses are projected to be profitable in the spring, and one is expected to sustain the whole SRB program, Raisch said. The ventures last until they fail.

Approximately 30 students are involved in each venture, Raisch said. He hopes to grow the program to 250 students by 2022.

“I have been extremely impressed with the speed at which this has emerged,” Brian Till, dean of the College of Business Administration, said. “We’ve gone from absolutely nothing to several student businesses launched already.”

These businesses become self funding over time, their profits reinvested into the program.

Raisch said these programs grow to hold around 12 to 15 student-run companies, which will each make between $2 to $6 million in revenue on average.

Raisch started his first SRB program while a student at Xavier University before coming to Marquette last fall to start one here.

Marquette’s program is modeled after initiatives at Xavier, Cornell and Harvard universities, among other schools with SRB programs.

Raisch visited some of those schools to get an idea for what made their SRB programs effective. With the help of the universities, he said he designed Marquette’s program to be “the ideal model.”

“In order to form (our program), we went above and beyond,” Raisch said.

“On an annual basis, the accounts are zeroed out and then rebudgeted for the needs of the next year (in zero-based budgeting),” Raisch said the purpose of this is for the committee to ensure that it is allocating funds in the most effective way. He said it also gives students the full experience of doing formal reporting and budgeting dollars to fund ventures.

Raisch said the ventures generally receive $60,000 each for the year.

“I believe very strongly in the importance of experiential learning,” Till said. “I want to have opportunities for students here to actually have real experiences running a business, so from my standpoint, it’s really about deeper learning and enhancing students’ resumes.”

Alumnus Tim Donovan was CEO of Buena Vida Coffee his senior year when the SRB program started and said he worked with Raisch and another student to determine the direction of the program. They put together a board of faculty members and a board of student advisers, he said.

“That was the beginning of everything,” Donovan said. “Picking out students and interviewing ones who wanted to become involved was the first step for the businesses.”

Donovan now works at a private equity real estate company and said he credits the SRB program for what he’s learned.

“Entrepreneurship in general and the idea of starting and running your own business involves certain levels of thinking and creativity that you can’t necessarily get from a textbook,” Donovan said. The program really pushes kids to think outside of the box critically and to be problem solvers in ways that you don’t see in normal academic ways.”

“It’s going to be an epic event where students and alumni will be all over the city and we’re going to be hands on in getting that done,” Raisch said. “I also think it’s going to be incredibly impactful for the community. We’re working to organize student athletes to partner with local kids from elementary and high schools that want to get involved, get out and participate in the event as a health initiative.”

This is the first time an SRB program has taken a major role in a running event, Raisch said.

“I’m excited about how we’re finding ways to encourage Marquette students to pursue new ventures while on our campus,” University President Michael Lovell said. “1881 Productions is just another example of how our talented students are making an impact on our world.”

“I transferred to Marquette second semester (freshman year) and got involved with the SRB program right away,” she said. “Everyone in the program had a glowing confidence and I wanted to surround myself with other go-getters.”

Raisch said there are three reasons for students to get involved. “It is an opportunity to get something very impressive that stands out on their resume, it is a way to apply what you’re learning in class and it helps students become the kind of person that is effective,” Raisch said.

“There is no better way you can start a meeting with any interviewer than to say, ‘Hey, I was part of running a company. I actually did the sheets, I managed the people, I built the business and grew it to X dollars revenue,’ or even ‘I had to shut one down. Things weren’t working and I had to close it up,’” Raisch said. “Those are incredible experiences that most people don’t get until they’re well into their career.”

Till said he hopes this year’s SRB program will have students involved from all colleges. Students can get involved by visitng the Blue & Gold Ventures website.