Record-breaking enrollment numbers in Class of 2022 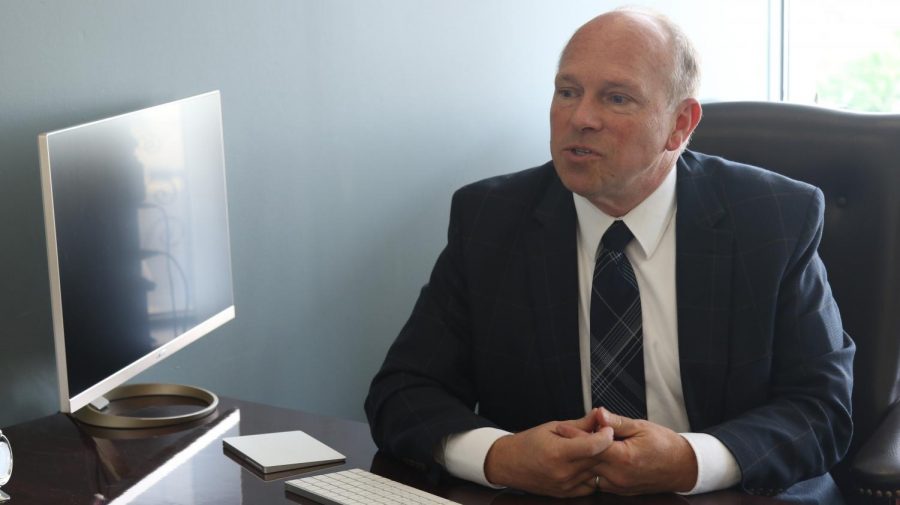 The Marquette University Office of Institutional Research and Analysis announced that this year’s freshman class has 2,162 students, the largest recorded in university history.

“We don’t want to grow simply for growth’s sake,” Brian Troyer, dean of undergraduate admissions, said. “We want to grow in a way that helps each college and helps Marquette as a whole achieve their goals.”

Despite the record enrollment, the first to second year retention rate is down to 87 percent for students admitted in 2017. This is a decline from 89.3% in 2016 and represents the lowest percentage in available data, which starts with 2004.

“It’s definitely something we’ve noticed in the enrollment management areas,” Troyer said. “We aren’t happy with the declining retention rate, but it is something that we care deeply about and we hope … to ensure students can be as successful as possible here at Marquette.”

Out of the 11,605 students at Marquette, 25 percent are students of color, making this the most diverse Marquette campus since such records began in the 1960s, according to the report.

There was also an increase in first-generation students, according to the report. It states that the first-year class is 21 percent first generation.

“We want there to be a diverse mix of students on campus, and I think first-generation college students have so much to offer and enrich the classroom experience for all students,” Troyer said.

Marquette exceeded their initial enrollment goal, which indicates the university is a popular choice abroad and in U.S, John Baworowsky, vice president of enrollment management, said.

The yield rate, which is the percentage of admitted students who attend Marquette, was higher than anticipated for the first-year class, Baworowsky said.

Baworowsky said enrollment has been on an upward trend the past three years.

“Larger enrollments mean we have added more faculty members and more support staff,” Baworowsky said in an email. “We also have more housing offerings due to the larger enrollment… (the) same is true of dining options on campus, so more students actually benefits everyone.”

While Baworowsky said Marquette is growing in numbers as a whole, the undergraduate population is the most diverse it has ever been, Troyer said.

Crystal Lendved, a research analyst in the OIRA, said OIRA’s interactive reports show the enrollment of undergraduate students of color has more than doubled since 2005. That data shows the students of color population to be 12 percent in 2005.

The increasingly diverse student body shows that Marquette is becoming a more popular institution for African American, Latino and Native American students, Baworowsky said. He added that a student body representing different ethnicities and minorities leads to more comprehensive and thoughtful discussions in the classroom.

“Students of underrepresented ethnic groups bring the richness and perspectives of their cultures to the Marquette classroom,” Baworowsky said. “We are proud of the work we’ve done in terms of diversity, but know we have much more work to do as a university.”

Graduate and professional students represent 27 percent of total enrollment. Out of 3,170 students enrolled in fall 2018, 1,467 are in master’s programs, 481 in Ph.D. programs, 1,109 in doctorate programs and 72 in non-degree programs, according to the report.

Troyer said his general philosophy is classes are built one student at a time, which he thinks is a very Jesuit thing to do.

“We care about the whole person and we value the relationship we begin building between the student and the institution,” Troyer said.