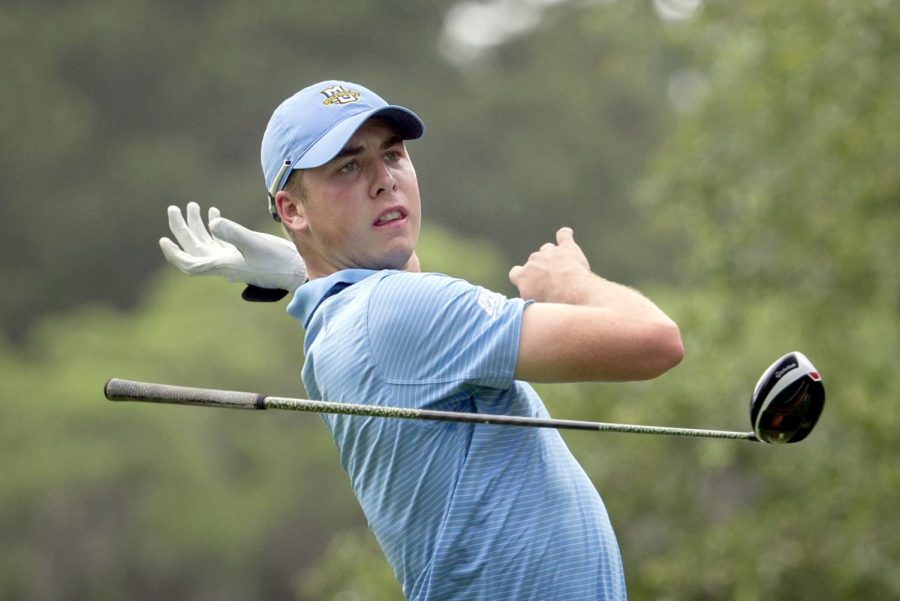 Marquette men’s golf started off its fall 2018 season, winning two out of its first four invitationals with only one invite left in the fall season, and senior Englishman Oliver Farrell played a large role in that success.

Head coach Steve Bailey said he has noticed Farrell’s improvement throughout the fall campaign as well, but said he believes the talent and potential has been there since the beginning of Farrell’s career.

“The thing that’s always set him apart is his work ethic,” Bailey said. “From the day he got to campus, he’s had a drive like not many other people I’ve seen. His passion for the game and his competitive spirit have taken him to a pretty high level.”

Farrell tied for third at the Windon Memorial Classic Sept. 23-24 in Lake Forest, Illinois, and placed eighth in the Marquette Intercollegiate at Erin Hills last weekend. Though his improvement is steady, it wasn’t always like that.

Farrell did not have that same success last year, struggling to keep up with a talented, young team. Despite any outside noise and pressure, Farrell has battled back and proved himself this season.

“I was playing really good golf in the spring. I just struggled with my short game a little bit,” Farrell said. “I kept working hard and stayed patient and it just (sort of) turned around.”

“We set not so much performance goals, but goals to grow as a person and as a player,” Bailey said. “Just to be able to go out and maybe not be so self-critical of his game and to not let his emotions get the best of him — I’d say that’s the biggest step I’ve seen him take this year.”

Of the many people to impact Farrell’s life as a golfer and person in general, Bailey is near the top of the list.

“(Bailey’s) been huge (from) a mental aspect,” Farrell said. “I’ve definitely grown up a lot over the past four years as well, but he’s done so many things both physically and mentally for me.”

Bailey was not the only person to make a big difference though.

“It’s always great to have people around you that push you to be better,” Farrell said. “It’s very easy to relax with the guys and when it’s time to go, we’re there to pick each other up and get ready to go.”

And with the fall season coming to a close, Farrell has a couple more memories he wants to make.

“I think I’ll miss competing as a team the most,” Farrell said. “I want our team to win conference again, and taking the team to a national championship would be the goal.”