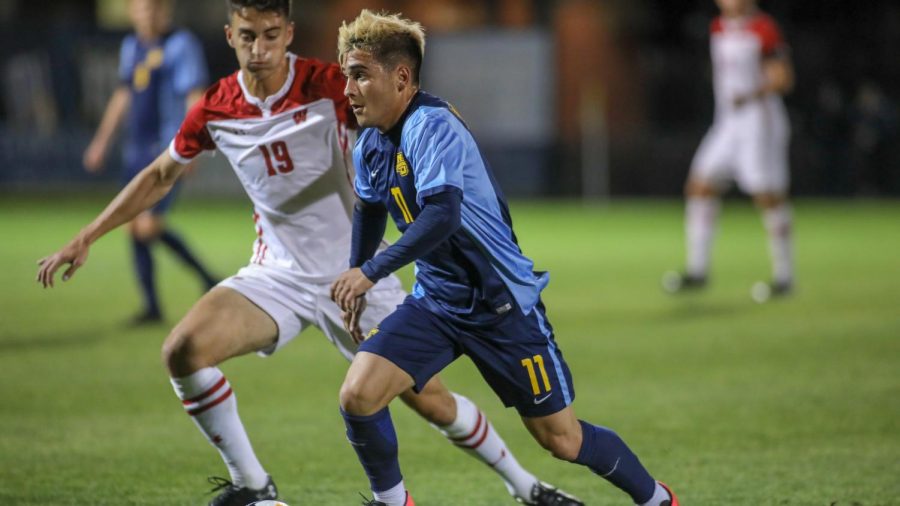 The Marquette Golden Eagles fell to the Wisconsin Badgers 1-0 Wednesday night at Valley Fields, extending their longest losing streak of 2018 to three games.

“We were disappointing. Wisconsin does a pretty good job of (executing) what they want to do. They put a cover over you and stop you from doing the things you want to do,” Marquette head coach Louis Bennett said. “We had one mistake, and they managed to make us pay for it.”

The Golden Eagles have now been shutout in back-to-back games and have gone 187 minutes without scoring a goal.

“We need to work harder on getting cleaner. A lot of times we’re giving passes and putting the ball in, and we don’t have enough men around the ball,” Bennett said. “It’s something that we will work on again. In between these next couple of games, we are going to have to work on getting free (on the field). When we’re free, we’re dangerous.”

Marquette and Wisconsin combined for 32 fouls.

In the 47th minute, Marquette gave up a blatant breakaway to Wisconsin’s forward Duncan Storey, but Stern made a miraculous stop to keep the score tied at 0-0.

“The officials made a mistake. We touched the ball and realized we shouldn’t have touched the ball. That should have a been an indirect free kick to the other team,” Bennett said. “Unfortunately, we stopped (playing) knowing the rule, and they ran through and nearly scored. Fortunately, the soccer gods were on our side (on that play).”

The Badgers had a 16-9 shot advantage over the Golden Eagles. Marquette fired only two shots on goal, the second-lowest mark all season.

The team has a hectic schedule, playing four games in an 11-day span, and Bennett said he’s looking forward to better preparation between games in October.

“The BIG EAST is a really free-flowing, exciting league. We have got to prepare (better). After Georgetown, we will have a week in between each game to actually prepare,” Bennett said. “When you’ve got this many games in a short space of time, you want (to get) more time to regenerate. Tonight’s game wasn’t necessarily because of fatigue. We gave the game away.”

Marquette’s freshman defender Josh Hancock did not start for the first time this season due to an illness but played in the second half.

“We’ve got a lot of work to do,” Bennett said. “However, we aren’t going to change the way we play.”