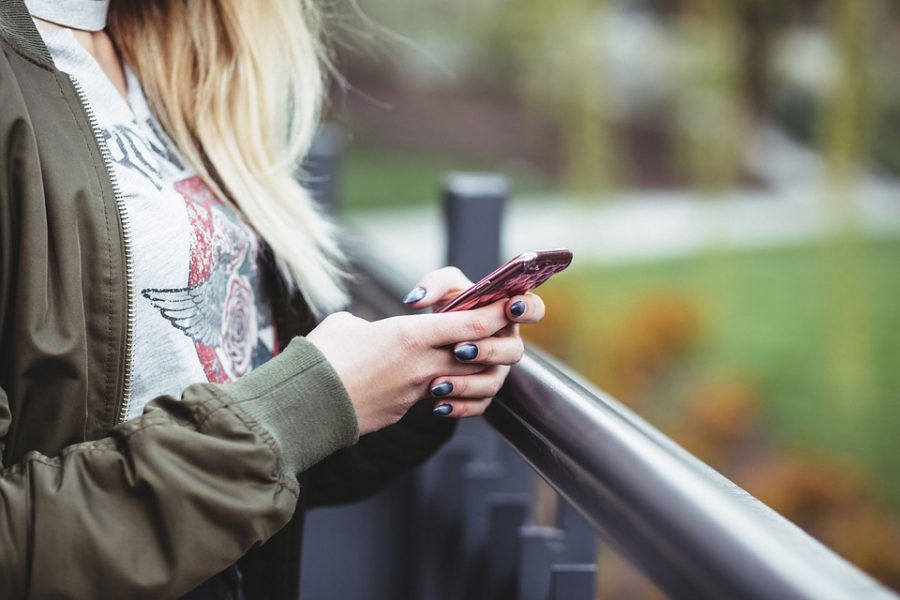 Students say that social media has changed the ability to make a long distance relationship work.

The days of receiving letters and postcards from high school sweethearts and friends have been replaced by a daily stream of texts, pictures and videos detailing everyone’s new college lives. Out of the nearly 14 million long-distance relationships taking place across the country, a 2015 survey of the United States conducted by the Center of Long Distance Relationships found that 455,000 are between college students, who have found it easier to maintain cross-country contact since the advent of social media.

Scott D’Urso, associate professor and chair of communication studies, said the constant access to nearly every aspect of life that social media provides has made it easier for long-distance couples to communicate with one another. D’Urso explained that while texting, calling and FaceTime help couples communicate, social media allows them to virtually experience events in each other’s lives.

“Social media adds an aspect to (communication) where it allows a couple to, in some ways, experience events that they are both doing but separately,” D’Urso said. “All these different things allow someone you are involved with into your life on a more personal level through imagery, quick posts or Snapchat.”

For many couples transitioning from high school to college, a discussion about whether or not to break up occurs. For Julissa Ott, a freshman in the College of Health Sciences, and her boyfriend Jason Rivera, a sophomore in the College of Business Administration, their conversation initially resulted in a break-up.

Rivera and Ott attended the same high school, but Rivera graduated a year before Ott. The breakup occurred when he went off to college.

“We broke up because we didn’t know how it would be long distance,” Rivera said. “We were broken up for two or three weeks and then we were like, ‘Yeah we can do this.’ … It was really the fact that I could see her all the time (over social media). It’s so much better than just calling. It’s more personal. It was definitely worth it.”

“Face-to-face is like a battery recharge in a relationship. And the more frequently you can do it, the stronger the relationship will be,” D’Urso said. “But if it’s an older and more stable relationship, it becomes a bonus to be able to see (each other). It’s nice to reconnect visually in a much more sensory-rich way.”

Carolyn Toshach, freshman in the College of Arts & Sciences, said social media, texting and calling simply were not enough to keep her two-year relationship together when she started college. Toshach said she found herself struggling to make new friends while also talking to her boyfriend every day.

“It was difficult when we got to college,” Toshach said. “If I had been more patient it might have worked out. If social media wasn’t there we wouldn’t have even tried. Ultimately, it was the distance. We used social media, and it was not even close to enough.”

Just as Toshach realized, Erik Torning, a freshman in the College of Business Administration, said effort is required in maintaining his long distance relationship with his girlfriend in Houston. Torning said he Snapchats his girlfriend an average of eight hours a day and FaceTimes her four to five times a week. Torning said the idea of trying to maintain his relationship over such a distance without social media is a fantasy.

“I don’t know how people did it before social media,” Torning said. “It’s just way too hard. Now we have phones and we can text and see each other’s faces. It’s comforting to know she’s out there, thinking about me. There’s not that uncertainty.”