Milwaukee is One Alumnus’ Home Run 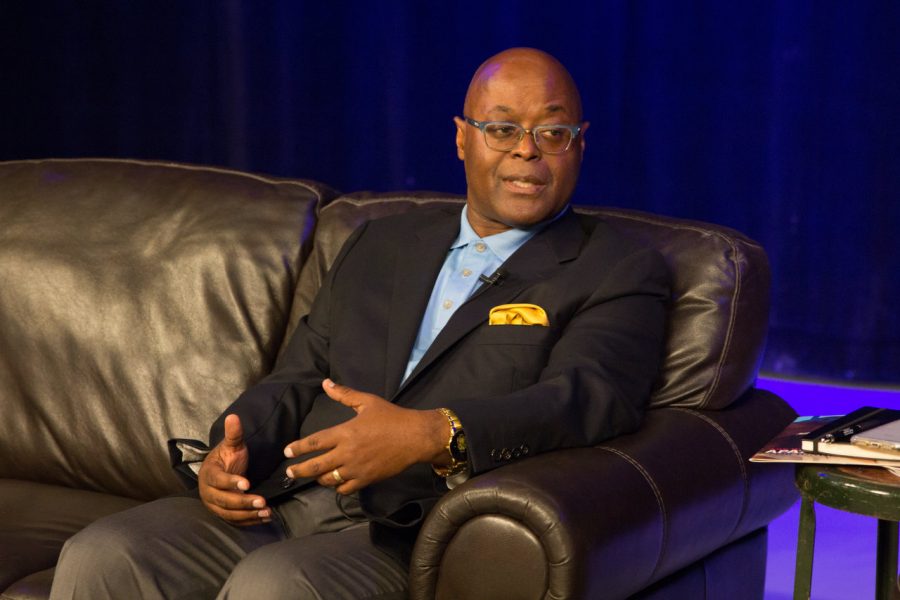 There is only one hurdle left to go before Earnell Lucas can become the next sheriff of Milwaukee County: Election day. Following his August win in the Democratic primary, Lucas is running unopposed in the November general election.

As a native of the city, 25-year Milwaukee Police Department veteran and graduate of Marquette University, Lucas says he feels that he knows the city inside and out.

“I grew up in the backdrop of Marquette University as a child. I’ve always been excited by the progress and the growth here,” he says.

Lucas enrolled at Marquette in 1976, and holds a degree in leadership from what was then the College of Professional Studies. But his path to graduation was unconventional. He took a break to be a member of Milwaukee Police Department and start a family before coming back to school in 1994. He says he gets a sense of accomplishment from having his Marquette degree.

“I graduated from Marquette on a Saturday and then went back to my same job Monday,” Lucas jokes of completing his degree while still working for MPD.

His education at Marquette has been rewarding and motivating, he says.

“I’m proud of my Marquette degree. The association and affiliation with an outstanding university is great,” Lucas says. “I learned more from my classmates than from my instructors, no disrespect to them. But when you see people like myself… still having the commitment to want to go back and obtain something or attain something they set out as a younger person to do, that just really inspires you.”

Lucas was originally promoted to be a public information officer and spokesperson for MPD following the 1991 arrest of prolific serial killer Jeffrey Dahmer. Two MPD officers were facing administrative charges for failing to properly investigate Dahmer, creating a sense of anxiety throughout the city.

It is through this position as a spokesperson that Lucas learned much of what it takes to have a role in the public eye.

Lucas says he continued with MPD until a new opportunity came along. He was selected to be the first supervisor of security for Major League Baseball following the 9/11 attacks.

Ever since, Earnell has been traveling worldwide with the MLB. He even continues to do so while running for sheriff.

Something keeps pulling him home.

“As I was travelling… you run into people who say, ‘Hey Earnell, there seems to be a lot if things going on back in your hometown,’ Earnell says, reflecting on his time away.

When he decided to return, Lucas says, “I thought to my self, ‘you know Earnell, you’ve had a wonderful life and a wonderful career, both in law enforcement and in baseball, and what better way to finish a career… then go back and maybe add to the dialogue and the discourse.”

Lucas is referencing the varying budget clashes, jail deaths and abuse of power accusations in Milwaukee’s law enforcement agencies as issues in Milwaukee.

The department, and in some ways the race for sheriff, is affected by the tenure of former sheriff David Clarke’s tenure, who served for a 15-year period.

“They were setting an image that I think for young people growing up in this community was not a very positive one,” Lucas says.

When Lucas announced his candidacy in early 2017, Clarke was still in office.

His campaign centers on restoring honor and integrity to the sheriff’s office and increasing the services for the citizens without increasing the cost, he says.

“We felt that the citizens of Milwaukee County deserve a higher level of service than what they had been receiving, and I felt that my blend of experience both in law enforcement and public safety… that I was the right fit at this time,” Lucas says.

While there is the possibility of a write-in opponent, Lucas says he and his team believe if they continue to stick to the issues and run their campaign how they have been, they’ll see the results they want come Nov. 6.