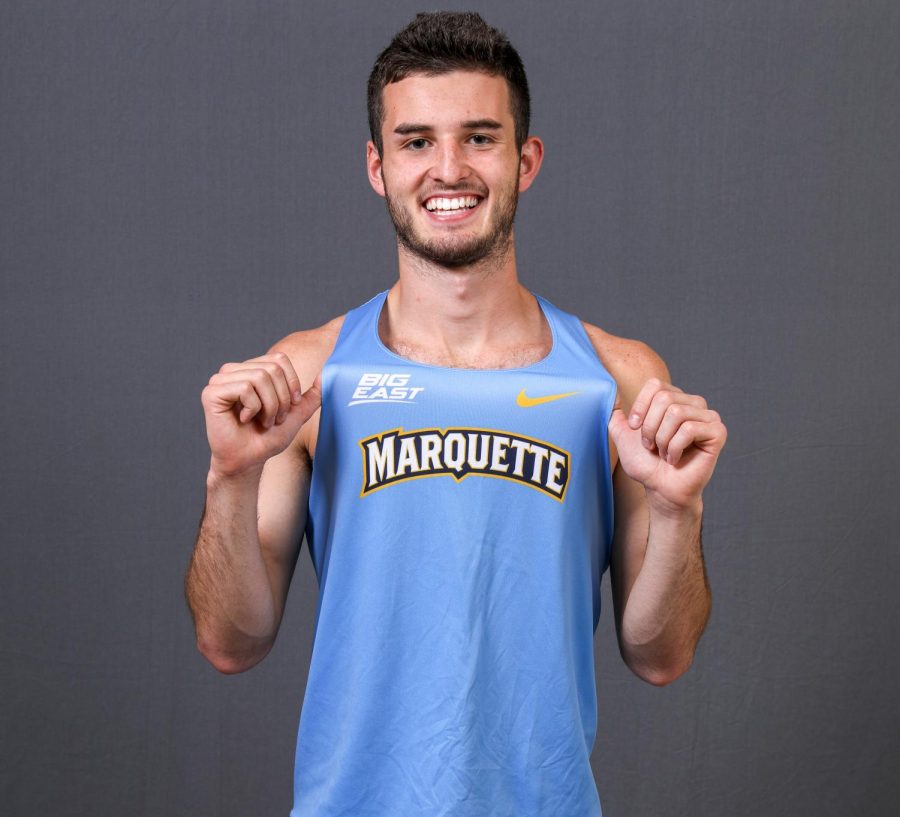 Twenty-one percent of male athletes and 27 percent of female athletes reported feeling “so depressed that it was difficult to function,” according to a 2016 study by the American Psychiatric Association.

Marquette Athletics is working to change that statistic with Student Health Allies and Peer Educators (SHAPE).

Through awareness, the sense of “faking it until you make it,” began to disappear among student-athletes, and conversations surrounding stigma emerged. With the graduation of Gambacorta and Dunker last spring, junior cross country runner Max McClelland and sophomore men’s lacrosse player Zach Granger stepped up to fill the void.

McClelland became passionate about mental health and self-care after reading the book “What Made Maddy Run.” This book describes the heartbreaking story of Madison Holleran, a college athlete who died by suicide, and reveals the real-life struggles of coping with mental health disorders. The staggering statistics throughout the book stun McClelland.

For Granger, his passion for mental health awareness was different than most. Granger says in high school he was not super involved in extracurriculars outside of lacrosse. Since arriving at Marquette, Granger wanted to branch out and try new things. SHAPE helped him achieve that goal.

Granger says he initially wasn’t “super passionate” about SHAPE’s cause, but Gambacorta and Dunker’s passion in meetings inspired him.

SHAPE’s emphasis this year is on awareness of players injured or otherwise unable to play, which will be tackled through the “Ready Squad.” McClelland and Granger lead this effort.

“With athletes we talk about toughness, which is a double-edged sword,” Granger says. “Obviously, you want someone to be physically tough and be able to handle the strenuous things we do as Division I athletes, but at the same time you have to be mentally tough, which can be difficult at times.”

The “Ready Squad’s” focus also focus on athletes’ general well-being in everyday life. For example, unlofting a bed in the dorms for an athlete on crutches makes getting into bed a lot easier. The little things may seem insignificant, but for the injured athletes, nothing is taken for granted.

“It’s just little things we can do to help them make that uncomfortable and sometimes sad transition (to a role on the sidelines),” McClelland says.

The focus of SHAPE and the “Ready Squad” is not to fix athletes, but to be someone who can show up, be patient and listen, while directing them to the right resources.

“The fact that it can be just affecting one person on this campus would be enough for me to do something about it,” McClelland says. “But the fact that it’s affecting so many, it would just be silly to not make people feel okay with not feeling OK.”