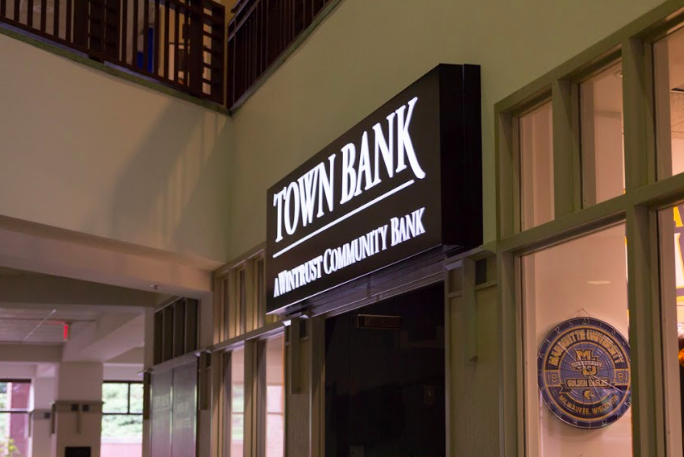 Wintrust Financial signed a contract with the university last March.

U.S. Bank’s contract with Marquette expired March 31, leaving the possibility for a new campus bank. Town Bank, owned by Wintrust Financial, took over this summer and now has an exclusive partnership with the university. The contract with Wintrust is going to last 10 years, the university said.

The switch from U.S. Bank to Wintrust was done abruptly and not sufficiently communicated to all students over summer break. This switch poses an inconvenience to students with U.S. Bank accounts, especially the many returning to campus to unexpectedly find the U.S. Bank closed and all ATMs replaced, now requiring a $3 charge for every transaction.

Marquette made an announcement on March 27 about the transition to Wintrust. Included in this partnership was the promise of a $12 million investment over 10 years for things like scholarships and educational or athletic programming. Lovell stated that Wintrust “couldn’t be a better” fit due to shared values between Wintrust and Marquette.

Campus banks are important because they provide a place where students can deposit money and manage finances. It can also be a way for parents to send their children money. Knowing there is a safe and secure bank on campus can give parents peace of mind.

Town Bank’s target client base for this new bank seems to be freshmen. There were several tables set up during SPARK, the freshman orientation program, with representatives encouraging students to set up a Wintrust account. Upperclassmen were not adequately informed of a timeline when the U.S. Bank on campus would close, nor when the ATMs would be replaced.

Not only was the switch abrupt, but Marquette picked a bank with a majority of its locations in the Midwest which comes with its own set of issues. When students travel back home outside the midwest during breaks or summer, they may have trouble finding a Wintrust location. Along with that, it may be hard for parents to find a location near them to deposit money into their children’s accounts.

The switch to Wintrust might not be practical for all students, and those with U.S. Bank accounts will no longer have the convenience of charge-free ATMs and on-campus banking services.

Students who originally opened a U.S. Bank account when they came to Marquette may feel frustrated with the costs they will have to pay when using the ATMs from now on. Understandably, contracts come to an end and new ones begin, but having a clear transition period would have bought time for the many returning students that still use U.S. Bank to find a new branch or decide if they want to open a Wintrust account.

A clearer timeline also would have given students the time to make a bank transfer before the school year began. With classes back in full swing, switching bank accounts is just an extra task for students to have to worry about.

Marquette could have aided in this switch by providing all students, not just freshmen, with information on opening a Wintrust account, moving their money from a previous U.S. Bank account or where to go for future U.S. Bank services.

Town Bank could also grandfather in returning students by offering free transactions at ATMs for the time being, at least until students find a new U.S. Bank branch, if they choose not to open a Wintrust account. Eventually those who chose to open a U.S. Bank account will graduate and then Town Bank could implement fees again.

During future transitions of this nature, Marquette should try to be more communicative about matter concerning students.