Success not determined by attire 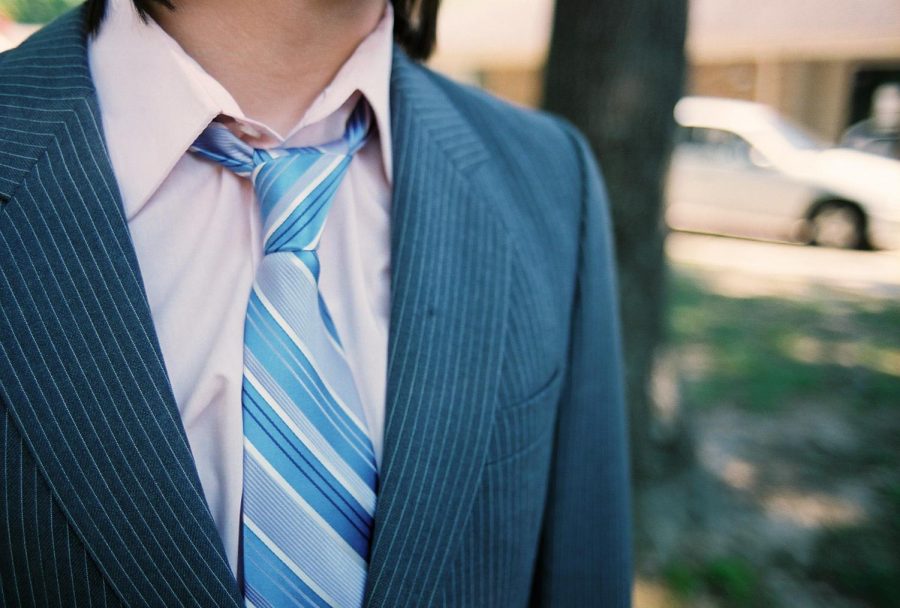 While students might find success by dressing nicely for job interviews, most professors agreed that classroom clothing does not correlate with a student's performance.

Jenna Green Azab, a visiting assistant professor of English, spends a few minutes standing before her closet every now and then, selecting which outfits she’ll wear when teaching to a crowd and which she’ll wear when working in her office that week.

To Green Azab, “dressing for success” is not a myth, but a proverb when preparing for her day.

“When you’re getting up in front of people every day… I like having any extra edge I can,” Green Azab said. “I feel more professional, I feel kind of like I’m in the game when I’m dressed up a little bit.”

However, when it comes to what Green Azab expects of her students’ apparel in the classroom, she said clothing is more of a help in matching names to faces than making academic predictions.

“I’ll be honest and say in the first couple of weeks, I feel like I’m mostly focused on learning people’s names … so sometimes if someone dresses a certain way, that may help me know who they are,” Green Azab said. “Plus, it can be a conversation starter, like if I see someone with a Cubs shirt I’ll say, ‘Oh, are you from Chicago?’ as a way to get to know a student better.”

Perhaps contrary to popular belief, several professors on campus agreed that dress is seldom considered when predicting how students will do in the classroom.

Christopher Stocker, a visiting assistant professor of mathematics, said this is because choices in apparel often mean different things to different students.

Like Stocker, Amy Blair, an associate professor and vice chair of the English department, said she sees both kinds of students daily and remembers having both mindsets herself.

“I know students who are so focused on getting to class that they’re not worried about dressing up. I know others for whom dressing up becomes a ritual and it’s the way that you get up and… transition to the day,” Blair said. “When I was a student, I was both all the time, at different times.”

As a teacher of literature and rhetoric, Blair said that while she feels choices in apparel don’t define a student nor determine their academic fate, she certainly believes that dress and appearance send messages to the world.

“We work on this actually a lot in literature, looking at the ways that authors describe characters through their clothing, through their facial expressions, through their attitudes … about how all of those things are signals, social signals,” Blair said. “And in fact, students may want to be cognizant of it, because it does matter.”

Barbara Kren, an adjunct accounting instructor, said being aware of these signals is particularly important as students encounter professional contexts.

“I do think… that students sometimes are a little too casual in how they dress when they interact with the firms they potentially want to get jobs with,” Kren said. “Dress in those circumstances, and how you dress at student events where there would be firms there, that is something that does affect how you’re perceived.”

Besides these circumstances, though, Kren said dressing up for an everyday class is not by any means necessary.

“I think you can learn material in a classroom in blue jeans and a T-shirt versus a suit,” she said. “Maybe you’re more comfortable in the blue jeans, so you’ll actually listen. If you’re fiddling because you’re not comfortable, in that case, you know, maybe clothes do make a difference.”

David Wangrow, an assistant professor of strategic management, agreed that comfort should be assessed when deciding clothing in the classroom. With mainly seniors taking his courses, Wangrow doesn’t see it as his place to instill a sense of appropriate attire into individuals who are just months away from entering the professional world.

“I actually don’t make my students dress for presentations. My view is they know what a good delivery of a presentation is, and if they were going to meet with a company… they know how to (dress),” Wangrow said. “If they don’t know that by the time they’re a senior, and they’ve done internships with companies and stuff like that, then there’s probably bigger issues there.”

If asked during his 27-year career in the business world about whether a correlation between dress and success exists in the classroom, Wangrow said his answer would probably have been “yes.”

Yet after two years of teaching, he said, “I can honestly say that I don’t see any correlation between how (students) dress and their performance in my class, whether it’s their grades or … being engaged.”

While Marquette professors may choose to look sharp themselves, there proved to be a consensus among those interviewed that dress does not in fact indicate success in the classroom. Though students should be careful to consider the contexts surrounding and messages sent by choices in apparel, showing up to an 8 a.m. in pajamas may not be that dangerous after all.