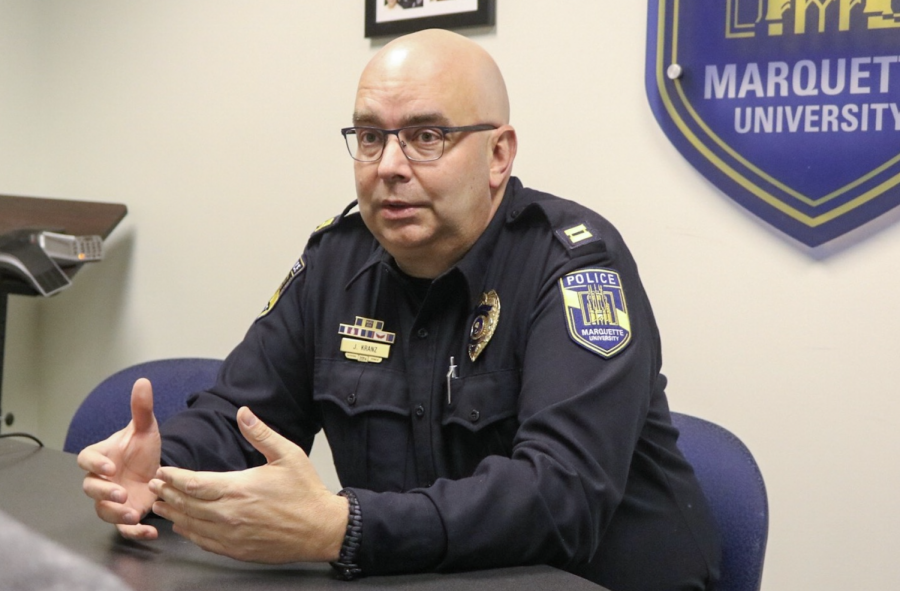 As most students headed home for the summer, Marquette University Police Department Captain Jeff Kranz said the force stayed active in the Marquette community. The coverage of MUPD extends roughly one square mile.

“Our operation does not change at all during the summer,” Kranz said.

Since there is less patrolling during the summer, Kranz said that MUPD takes the summer to work on a specific project. This summer, the project was active shooter training. Officers and staff members went through each building on campus, choosing the safest place to hide if an emergency occurred.

“We revamped our active shooter presentation and we created posters and put them up in residence halls,” Kranz said.

There will be an active shooter training session offered once a month in the AMU, as well as during orientation for the freshmen.

In terms of crime, Kranz said there were no large scale crimes this summer, and that petty theft is always the most common, even during the summer.

This summer, there were a few reports of drug use, as well as some cases of sexual harassment and theft in the surrounding neighborhoods.

Kranz said in the coming week, MUPD’s officers will begin to resume their normal patrols.

“The beginning of the year is (about) getting out and (letting) the students see us and interact with the new students on campus,” Kranz said.