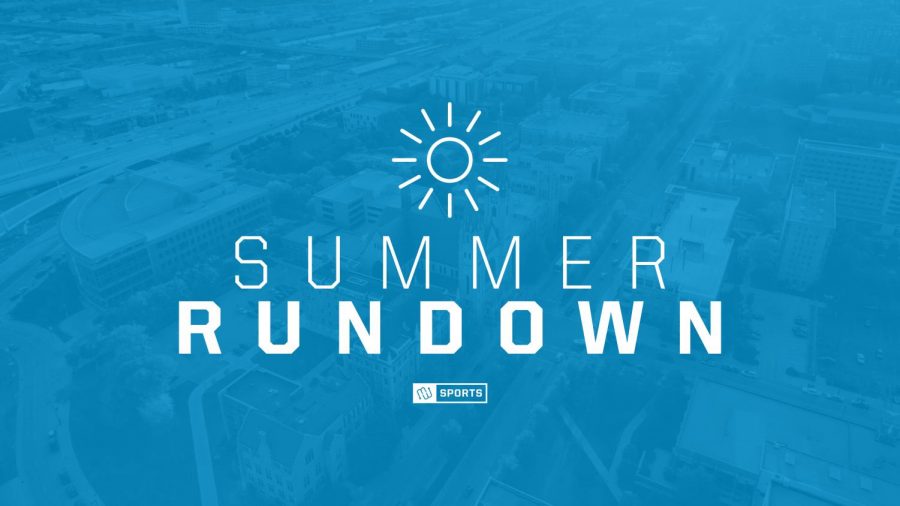 The former Golden Eagle averaged 7.4 points and two assists per game in just 29 games last season. Detroit had a disappointing season in 2017-’18, finishing with a 39-43 record.

The Pistons recently hired NBA Coach of the Year Dwane Casey and signed free agent Jose Calderon as well, putting Buycks’ time with Detroit to an end. Michael Scotto of The Athletic first reported the Pistons’ intentions to release him Thursday.

Buycks played 14 games for Toronto in 2013-’14 and six games for the Los Angeles Lakers in 2014-’15 after going undrafted in 2011. The former Golden Eagle averaged 7.7 points per game, coupled with three rebounds and 2.8 assists in his two years with Marquette.
Andrew Rowsey debuts in NBA Summer League
Former Marquette guard Andrew Rowsey made his NBA Summer League debut with the Toronto Raptors Sunday.

Rowsey did not see any minutes in his first game Friday, but he saw six minutes in his game Saturday. The former Golden Eagle finished without any points on 0-for-2 shooting. He notched an assist and turnover as well.

Rowsey averaged a team-high 20.5 points per game in his senior season at Marquette, as well as three rebounds and 4.8 assists. Rowsey was undrafted, but had pre-draft workouts with several NBA teams.

Burton played this past season with Wonju Dongbu Promy of South Korea’s Korean Basketball League. He averaged 23.8 points, 8.8 rebounds and 3.8 assists per game.

Burton looks to impress the coaching staff in Oklahoma City on a star-heavy roster. The Thunder recently signed Paul George to a long-term deal, and the team still has 2017 NBA Most Valuable Player Russell Westbrook.

Burton played two seasons with the Golden Eagles before transferring to Iowa State midway through his sophomore year. At Marquette, he averaged 6.7 points, 1.8 rebounds and 0.4 assists per game.