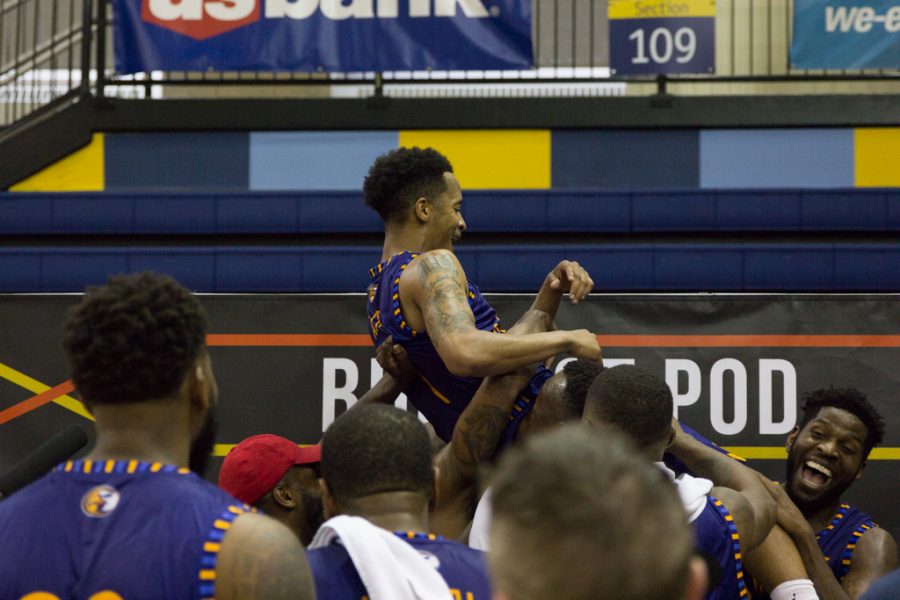 Now he’s showing the same three-point shooting that got him a NBA Summer League contract in 2017, hitting 14 three-pointers this weekend en route to the team’s third Super 16 bid in The Basketball Tournament.

After hitting nine three-pointers Saturday, Wilson hit four of eight treys Sunday in Golden Eagles Alumni’s 96-76 win over Hall In, made up of Seton Hall alumni.

“He’s great moving without the ball, so I’m always looking for him and he’s always ready to sprint out and receive the ball,” point guard Maurice Acker said. “And you know he can make the shot.”

Wilson’s quickness despite being 6-foot-7 makes him hard to defend, which has been a key part of head coach Joe Chapman’s system this year.

“He has the biggest mismatch playing the stretch five,” Chapman said. “A lot of our plays are predicated on him.”

“The game is going where the four or five is the decision-maker,” Chapman said. “They have to make reads and shoot the ball. That’s the lay of the land.”

Wilson had plenty of help from point guard Maurice Acker, who combined to score 30 points and 19 assists in the two BIG EAST pod games. He was three assists short Sunday of having back-to-back double-doubles.

“The world is lucky Mo (Acker) is not like 6-5, because he’d be a monster,” Wilson said. “He can shoot the ball. He can pass the ball. For his size, he defends well. He’s just a floor general. He’s a guy you want on your team.”

“The energy was awesome,” guard Travis Diener said. “Even today, we had guys come off the bench play with a lot of energy.”

Golden Eagles Alumni will have a three-week break before competing in the Super 16, giving Chapman an opportunity to hold a second training camp.

“It’s important for us to stay on the high horse and continue to do the things we need to do,” Chapman said. “Three weeks is a long time, so we have to prepare and come back get our mind back ready.”

And Wilson is hoping this year’s hot shooting helps him sign another NBA deal.

“Hopefully it does,” Wilson said. “I need a job after this.”