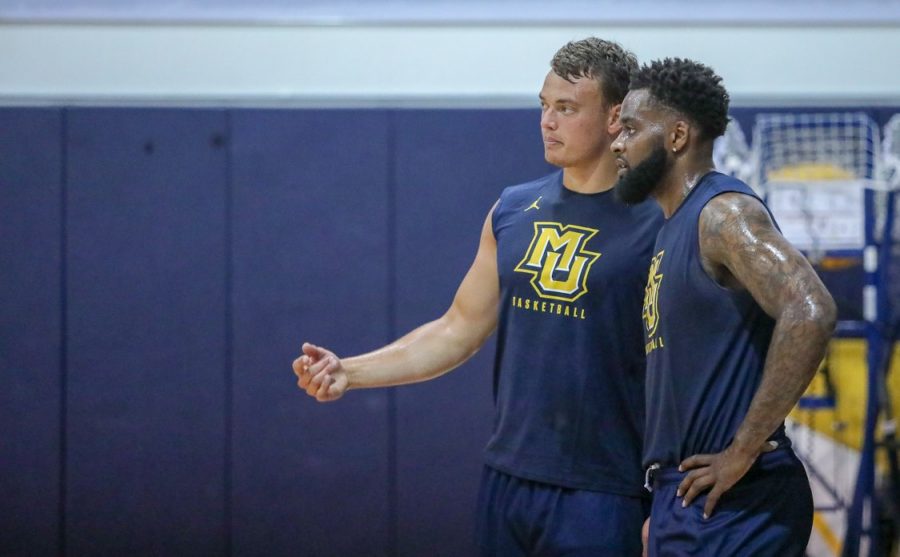 “We ran into Jared Sullinger last year and he was just a load for us,” Chapman recalled. “We weren’t prepared to switch defenses like Ohio State did.”

Now as the team’s head coach, Chapman is making sure Golden Eagles Alumni aren’t unprepared again in the 2018 field.

Adding frontcourt depth was the first step toward creating that complete team. A lack of available post players left Golden Eagles Alumni without anyone taller than 6-foot-8 last year.

“We were too guard heavy at times where a lot of guys needed the ball in their hands,” Chapman said. “I wanted to make a kind of a complete team, so that’s the difference this year.”

“You can’t just have Marquette guys,” Chapman said. “We need some big bodies.”

Those big bodies will have plenty of work to do defensively. Golden Eagles Alumni allowed 79.3 points per game last year. In comparison, Ohio State’s alumni team only allowed 62.3 points per game.

Point guard Derrick Wilson is also returning to the team, and 3-point specialist Jake Thomas is another addition. Oregon alum and 6-foot-5 wing Elgin Cook joined the team Thursday after it was clear Johnson-Odom was not available.

Diener has been involved with Golden Eagles Alumni as a coach for the last two years but joined the roster after coming back from retirement in Italy.

“(Diener) is a guy who’s going to be fiery out there,” Chapman said. “To have a floor general from my generation who still plays and who led us to the Final Four, that’s going to be great.”

The addition of the BIG EAST pod will give Marquette a harder road to the Super 16. Instead of having to beat two lesser-known teams, the road to the team’s third straight Super 16 bid will require taking down two BIG EAST teams.

“It’ll be tougher but also being at home, we always travel well last couple years with fan base,” Chapman said. “It will make it tougher depending on the other guys who they bring.”

New rule changes will also add a layer of uncertainty. Most notably, The Basketball Tournament is implementing the “Elam Ending.” The clock will stop at the four-minute mark in the fourth quarter; the first team to reach the “target score” then wins. The leading team’s score plus seven determines the “target score.” The change is intended to add excitement to the final minutes of games.

“It makes it weird,” Chapman said. “I’m trying to (manage) it on the fly. It’s going to be a challenge.”

“It’ll intensify the last four minutes of the game or last seven points of the game,” Wilson said. “Hopefully we can catch on to it and we’re up when that four-minute (mark) strikes.”

“I always say basketball is basketball, but in certain situations experience does play a huge part,” Wilson said. “If you’ve been there before, you know how things go.”