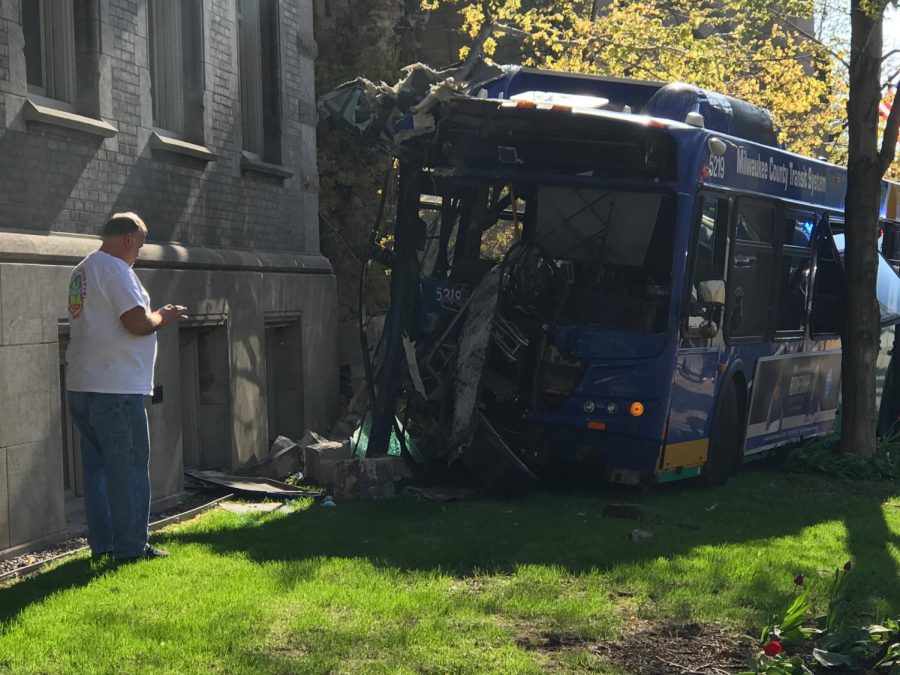 Milwaukee County Transit System announced today that they have finished their investigation into the bus crash that occurred May 15 on the intersection of Wisconsin Ave. and 12th St. that resulted in damage to Johnston Hall.

A Milwaukee County bus heading east on Wisconsin Avenue went off the road and crashed into Johnston Hall at approximately 5:13 p.m. this evening. Five people have non-life threatening injuries as a result, four of whom have been transported to the hospital, according to the Marquette University Police Department.

There were nine people aboard the bus at the time of the incident.

The 1100 and 1200 blocks of Wisconsin Avenue were closed off as of 6 p.m., university spokesperson Chris Jenkins said. The bus lost control while turning left from 12th Street to Wisconsin Avenue, the Milwaukee County Transit System said.

After the accident, Johnston Hall was evacuated. There is minimal damage to the front of the building, Jenkins said.