GOLDSTEIN: Mistakes were made 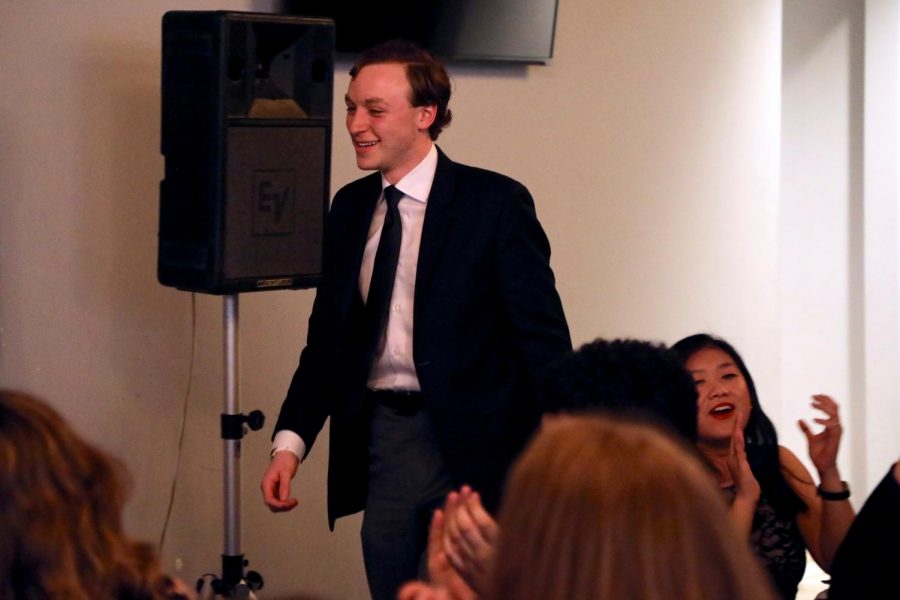 Here is a clip that has no business seeing the light of day. For some reason, my editor was under the impression that I had an iota of a clue about what I was doing a week into my freshman year. He told me to film a quick standup report about volleyball.

This is what he got.

Why was I filming a volleyball standup from a parking lot? Why did I light myself like an FBI informant? How did the tripod get so crooked? Did it need to go on for two minutes? After seeing dreck like that, it’s a wonder any of the higher-ups ever let me near camera equipment again, much less in front of it.

It seems fitting to talk about these experiences in more depth right about now. After all, I’ve written a lot of columns criticizing people for various reasons, so it seems fair that I end my stint at the Marquette Wire with an honest account of my many mistakes.

Every journalist remembers his or her first big screw-up. Mine came on a humid September afternoon my freshman year. I had 10 minutes to interview libero Lauren Houg for a story on a tight deadline before she had class. She emerged from practice, quickly shook my hand and then watched me fail to put a camera on a tripod for five minutes before walking away. If the sidewalk outside the Al McGuire Center could’ve opened up and swallowed me right then and there, it would have been sweet relief.

Even that screw-up wasn’t quite as bad as my first play-by-play broadcasting gaffe, which occurred during a Marquette-Villanova volleyball game my sophomore year. I thought my solo call of the game went just great until I discovered that I called Villanova’s coach by the wrong name the entire time. His name is Josh Steinbach, and for two hours, I turned him into John Schneider.

See, I told you nobody should let me on air again.

Those are just the most egregious blunders, but there were plenty of small ones. I’ve messed up names, pronunciations, scores, times, dates, stats and orders of events. I broke filming equipment, posted tweets with the wrong link, missed obvious errors when editing, asked repeat questions, forgot to turn on the camera audio and, well, you get the idea.

When I reflect on these errors, I’m most thankful for all my editors and student media mentors over the years. They fostered an environment in which mistakes could be made, corrected and learned from. I can only imagine what a nightmare it was to edit my content or teach me how to film things during my early days. Without people like Jack Goods, Grant Becker and Peter Fiorentino to shepherd me along, I’d still be lost today.

Thank yous are also in order for Marquette’s sports information directors – Scott Kuykendall, Megan O’Shea, Mike Wittliff, Luke Pattarozzi and Patrick Reed – and all the coaches and players that agreed to speak with me over the years. Covering the various teams on campus could not have been more rewarding, largely because of the people I met. They all took time to let me ask them questions, which is an experience I greatly cherished.

And then there’s you, the audience. Amid all the lapses and unsound practices that led to them, the one thing I tried to never let slip was my work ethic, primarily because I knew you were there. Each broadcast took at least four hours of preparation because a player’s parent could be listening, waiting to hear their kid’s name and a fun fact about them. Each basketball game preview had an extra few paragraphs added on, hopefully containing a tidbit you found useful.

I am not naive enough to think that I ever had anywhere close to the following of the Journal Sentinel’s Matt Velazquez or WISN’s Stephen Watson – professionals whose level I hope to reach someday – but there were a few people that trusted me as an information source. To not work hard would be a violation of that trust and an expression of apathy toward the people that keep Wire Sports going. My philosophy was always that if you gave me your time, I’d give you my best effort. You all made this job a day-to-day joy, which is something for which I cannot thank you enough.

My first post-graduation sportscasting job will be at Newswatch 12 in Rhinelander, Wisconsin, as a TV reporter and anchor. I’m at the point now where I’d like to think I get most things right, but there are those tiny moments – a lackluster voiceover script, stumbling over a word while anchoring – that still eat away at me. ESPN could make me the new 6 p.m. Sportscenter anchor and I’d still get red-faced remembering that time freshman year I couldn’t put the camera on the tripod correctly.

I hope that whenever those mistakes come, my future audience looks upon them with the same indulgence that you all have. I hope Wire reporters both present and future can take comfort in my story and know that the missteps do lead to something better. Most of all, I hope I’m good enough for the next viewer that decides to take an extra second to watch a random Marquette grad talk about sports on television.

Thank you for all giving me that chance. It has been an honor.