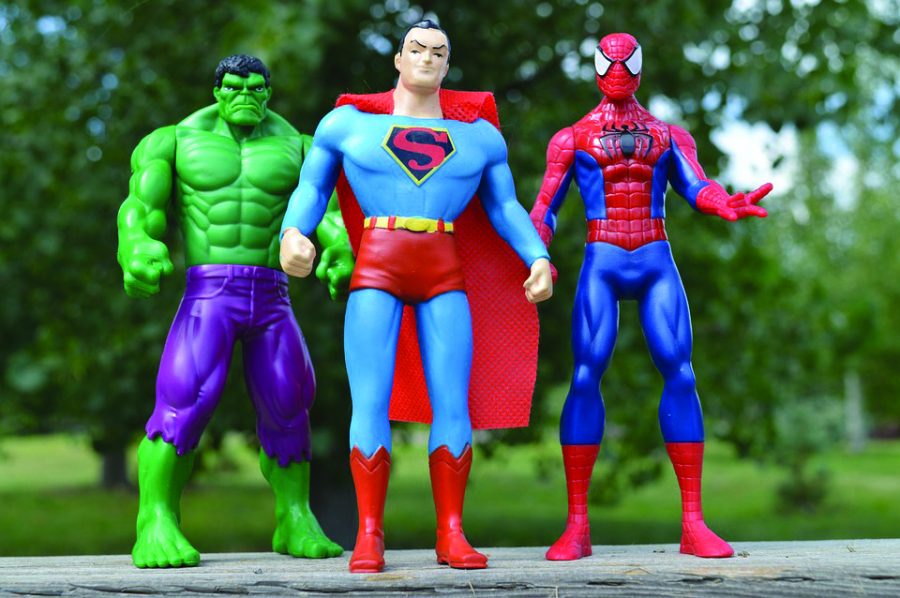 With “Marvel’s Avengers: Infinity War” dropping this past Friday,  the day before National Superhero Day, this past weekend was an exciting one for superhero fans. Whether one is a devoted follower or not, a superhero craze is sweeping the globe as an explosion in “super” films has occurred in recent years.

Major movie studios have been churning out superhero movies at a rapid pace and have been profiting. 2016 and 2017 saw the highest revenue for superhero movies in history, making over $500 million more in revenue than any year prior.

When asked about this boom, Marquette students were split on whether there are too many superhero movies. While some tend to like them, others think the market has become too watered down in the past couple of years.

“I’m not a fan of how many superhero movies have come out recently,” Nicole Coenen, a senior in the College of Health Sciences, said. “I feel like there’s a new one out every week. I really liked ‘Black Panther,’ and I think it was really important in breaking all these barriers and box office records, but I think all the new movies are undermining the importance of that film.”

While many shared Coenen’s opinion, others at Marquette said they still like superheroes and enjoy all of the new stories being told in each and every movie.

“I’d say my favorites are Superman, Iron Man and Batman because I think those three have the best individual movies,” Mimi Kelly, a senior in the College of Engineering, said. “And my least favorite is Thor, just because I don’t know much about him and haven’t seen the movies.”

While Kelly tended to be a fan of DC characters, her younger sister did not share that sentiment.

“I’m more of a Marvel fan, so my favorites are Iron Man, Bucky Barnes and Hawkeye,” Katie Kelly, a junior in the College of Engineering, said. “And I don’t like Superman. I don’t know why. Not really because of the character but, like, I think his movies suck, so I don’t like him that much.”

Katie and other Marvel fans said they are excited for the new Avengers movie, even if it has an overwhelming amount of characters. The movie features characters from “Guardians of the Galaxy,” “Black Panther,” “Spiderman” and “Iron Man,” among others.

“I haven’t been keeping up with (‘Avengers: Infinity War’) because I really felt like they’re (going to) mess it up,” Katie said. “Every Marvel character in one movie is so overwhelming. There’s no way they’ll do it right, you know? I’m scared it’s going to be overwhelming, but I’m definitely (going to) go see it. So I’m excited, but in a nervous way.”

Even the Brew Cafe at the Alumni Memorial Union was getting into the superhero action. The coffee shop posted a sign in their store asking customers to pick their favorite movie starring a character from “The Avengers.” Workers at the Brew said it was a fun contest to see which movies students like the most.

Though Marquette students seemed split on their favorite superheroes, each said their inclinations won’t stop them from going to the movies to see their preferred stories. With the new Avengers movie playing for several weeks and more superhero films sure to be close on its heels, fans of superheroes will be able to celebrate beyond National Superhero Day and the surrounding hype on campus this past weekend.