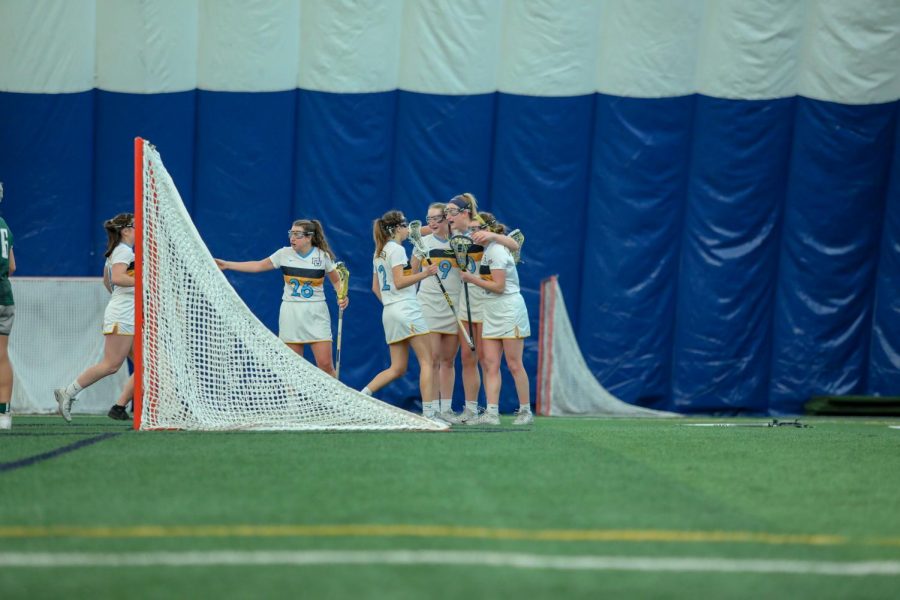 Heading into last Saturday’s make-or-break matchup against UConn that would decide whether the program got into the BIG EAST Tournament for the first time in program history, senior attack Riley Hill said she was feeling confident.

“This is the first year our team has really been in control of our own destiny,” Hill said. “We (knew) what we were capable of and what we have to do.”

What Marquette had to do was come back from a five-goal deficit with 17:24 remaining in the game. The Golden Eagles did just that, answering a five-goal Husky run with a six-goal streak of their own. Senior attack Allison Lane scored the game-winning goal with 1:55 left to give the Golden Eagles a 15-14 victory.

The confidence required to pull off such a comeback was fostered back in December, when the team changed their cell phone backgrounds to a photo of the saying “We Will Win.” It’s similar to what the men’s lacrosse team did two years ago when they made their phone lock screens “Beat Denver,” which happened before the program won its first BIG EAST Tournament.

“Waking up and seeing that every morning, you know it just instills (the goal) in the back of your mind every single second,” Hill said.

The team developed the trait by doing normal activities to boost camaraderie. Game day bonding activities, like singing and dancing in the locker room before warmups, help build that familiarity, which in turn develops trust between players.

“Trust is huge. That gives me the most confidence — knowing that my teammates trust me,” senior attacker Charlotte McGuire said. “I won’t be able to trust myself without my teammates.”

McGuire also leads the team in a “Blue and Gold Cheer,” which the team has been doing during halftime and timeouts since she and Hill were freshmen.

“Little things like that kind of get us pumped up,” Hill said.

Despite the heightened confidence, harrowing situations test the team during games, as they did against UConn. Marquette struggled to clear the ball in the first half, going only seven-of-11 as opposed to UConn’s nine-of-10 rate. It was time for the Golden Eagles’ “We Will” mentality to surface.

“We do a great job when we are angry and learning from our mistakes,” McGuire said.

The second half was a prime example of that. Marquette sharpened up its ball control, going 11-of-13 on clears and dominating UConn in ground balls, 15-6.

Implementing that adaptive mindset will be crucial before Marquette heads to Gainesville, Florida, for the BIG EAST Tournament.

Hill and McGuire said they are saddened as they come to terms with the bittersweet realization that the game against Florida could be their final collegiate game of lacrosse. Four years of experience, confidence-building and personal growth are all coming to a head for the duo.

“I’ve been a supporter from the bench. I’ve been a sub off of the bench, and now, as a starter, I think that I am kind of feeling like I can play with a ‘nothing to lose’ mentality,” McGuire said. “I’ve earned my spot on the field, and I really just want to have fun.”