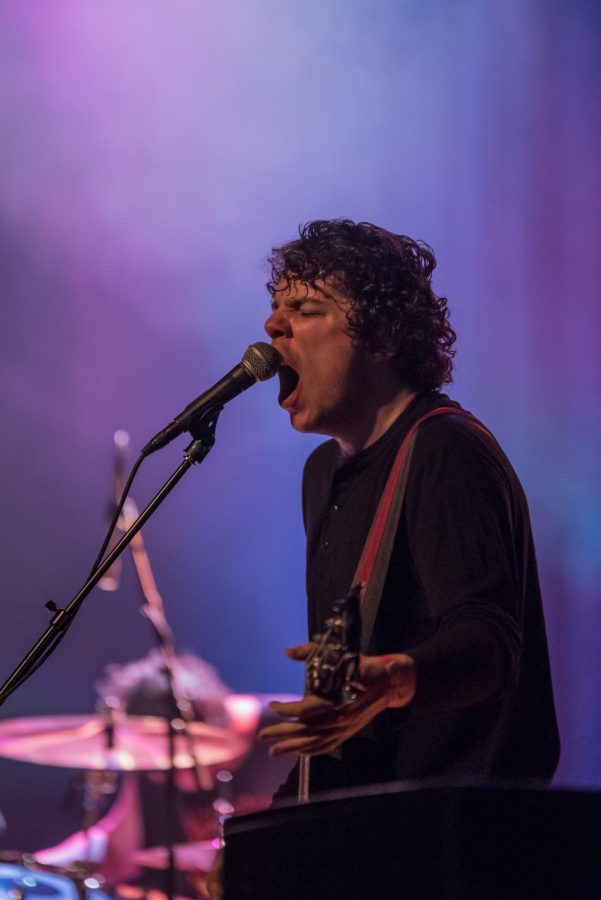 Twin Peaks, the Chicago-based garage rockers, lit up Turner Hall Saturday night. They’re just finishing up a three-year run touring all over the United States and Europe, and they ended it in style.

Soon, the band will go back home to write and record new songs to add to their already extensive discography.

The crowd was rowdy, to say the least. A couple of times, I was sucked into the mosh pit unwillingly. Throughout the show, stage divers had to be escorted out of the venue. Every once in a while, an empty plastic cup or someone’s shoe would soar over the crowd.

If you’ve never been to Turner Hall, let me paint you a picture. The venue was built in the late 1800s, and therefore the floor has a tendency to move with the crowd. Nothing bonds a group of people faster than the collective fear of falling through the floor.

This was my second Twin Peaks show at Turner Hall, and I think that their only goal was to outdo themselves. Guitarist and singer Cadien James’ solos sent the crowd into a frenzy. He somehow continued playing after jumping into the audience to crowd surf.

The room was already warmed up by two amazing Milwaukee bands, Platinum Boys and Midwest Death Rattle, who got everyone ready to dance and rock.

Oh yeah, did I forget to mention that a couple got engaged onstage? Well, they did. And the crowd loved it.

This show was a reinvigoration for me going into a grueling last two weeks of classes. Hopefully, the memory of this show and the hope of many more in the future will get me through finals.