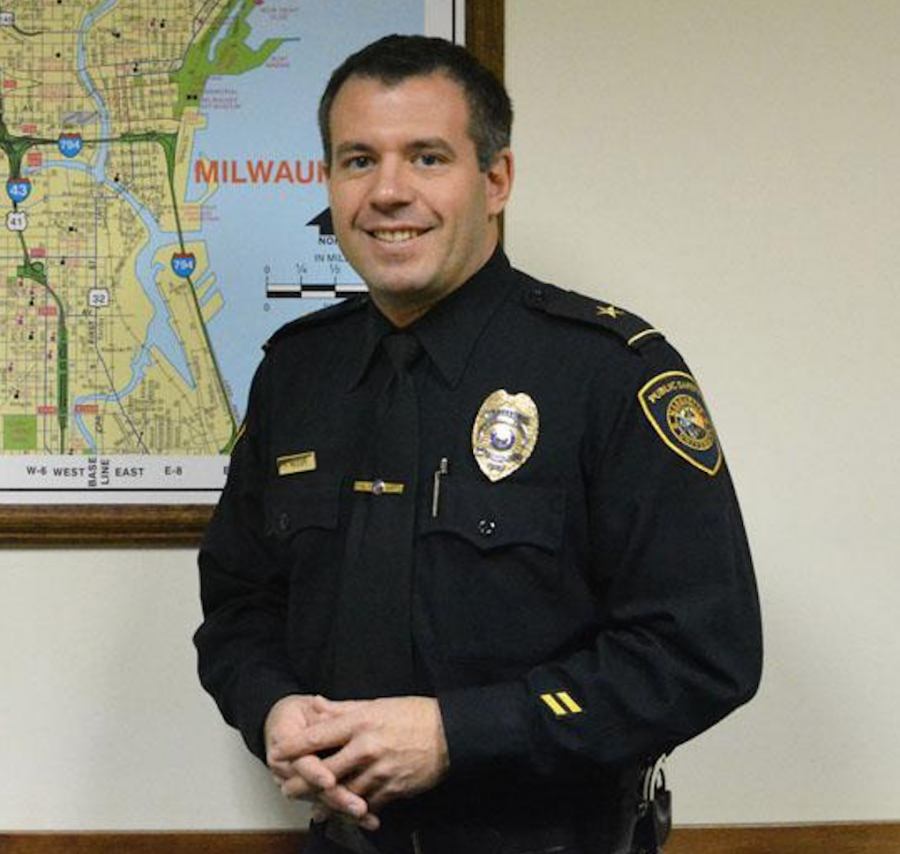 Marquette University Police Department Chief Paul Mascari, who is on administrative leave pending an internal review, filed a not guilty plea for Operating While Intoxicated and entered a motion to challenge the constitutionality of Wisconsin’s implied consent law April 11.

The state’s implied consent statute requires drivers who are pulled over and suspected of OWI to submit to a Breathalyzer, blood or urine test if officers request it. With his attorney, Dennis Melowski, Mascari is requesting a declaratory judgment regarding the statute’s constitutionality.

Melowski did not respond to repeated requests for comment.

Mascari also filed a motion to dismiss the charge for refusing to take a breath, blood or urine test. Due to his refusal, the state revoked Mascari’s driver’s license, and he received a temporary government-issued identification receipt, according to court records.

Michael O’Hear, a professor of law, said if Mascari is convicted at trial, he could face a required alcohol assessment to determine whether his drinking behaviors are problematic. He could also face ignition interlock devices on his vehicle, requiring him to take a Breathalyzer test before starting his vehicle.

O’Hear said Mascari’s constitutional challenge to the implied consent statute could be one reason for his not guilty plea.

Mascari may also maintain his innocence by arguing that his driving was not impaired by alcohol, O’Hear said.

Aside from motions involving the implied consent statute, Mascari filed a motion to exclude evidence from the Horizontal Gaze Nystagmus Test, a field sobriety test police use to gauge involuntary movements of the eye caused by intoxication.

“Any time that there’s an important piece of evidence that was obtained by the police in the case, the defendant will have to think about whether that evidence might’ve been seized in violation of his constitutional rights,” O’Hear said.

If the judge decides evidence was obtained unconstitutionally and prevents it from being used at trial, O’Hear said the prosecution may not have a further basis to continue the case.

Another way to stop the case, and avoid trial, would be if both parties negotiate a plea deal.

Decisions about motions, as well as which pieces of evidence will be included, will be made at the May 29 motion hearing by Judge Nicholas McNamara at the Dane County Courthouse in Madison. O’Hear said the two sides will have the opportunity to argue orally in court to the judge about how the motions should be decided.

“The judge is not required to make a decision right then and there, but normally the judge will try to do that because that helps keep the case moving along in an efficient manner,” O’Hear said.

If both the defense and prosecution wish to proceed with the case after the motion hearing, the case will go to trial.

O’Hear said that if there is a trial, he expects it to be quick.

“This is not a murder case or something that requires a whole lot of evidence and argumentation, so it should be a fairly quick, cut-and-dry sort of proceeding,” he said.

OWI cases do not usually go to trial, O’Hear said. But he said this case is on a somewhat unusual track.

“It’s not the sort of case that normally gets any media attention and frankly tends not to get a lot of lawyer attention as well,” he said. “I take it by virtue of the unusual fact of the identity of the defendant here that it’s a little bit of a bigger deal.”

Paul Nolette, an assistant professor of political science, said the implied consent statute Mascari is challenging is “basically boxing in somebody who’s stopped for driving under the influence” because refusal to take a Breathalyzer test leads to arrest, and a Breathalyzer test resulting in a blood alcohol content over the state’s 0.08 legal limit also leads to arrest.

“You can still be arrested because by driving on the roads, you’re implying consent to the search,” he said.

Nolette said police must have probable cause to conduct a search and must receive a warrant from a neutral party, such as a judge or magistrate.

“That’s the baseline rule in the United States on the federal level according to the Fourth Amendment, and numerous state constitutions have similar protections as well that essentially say just that,” Nolette said.

There are multiple U.S. Supreme Court precedents that may be relevant in Mascari’s case, Nolette said. The first is the 2013 Missouri v. McNeely case, in which the court ruled that police generally need a warrant before administering blood tests. Nolette said a more recent case in 2016, Birchfield v. North Dakota, could help prosecutors argue for the constitutionality of the implied consent law.

“(The U.S. Supreme Court) essentially upheld implied consent laws by saying that police can conduct (Breathalyzer) searches without a warrant,” Nolette said. “(This case) set a very strong precedent for the constitutionality of these implied consent laws.”

Nolette said the defense could go against the U.S. Supreme Court’s precedent by arguing that Wisconsin’s state constitution protects individuals’ rights to a greater degree than the U.S. Constitution.

“Federal courts don’t have any jurisdiction to review a state court decision interpreting the state constitution if that decision provides more rights to individuals than the U.S. Constitution,” he said. “In order for (a ruling) to make precedent for the state, ultimately you would have to have to have some sort of statement by the Wisconsin Supreme Court.”

University spokesperson Chris Jenkins said there is no update in the internal review.