Coaches talk about culture all the time, but what is it? 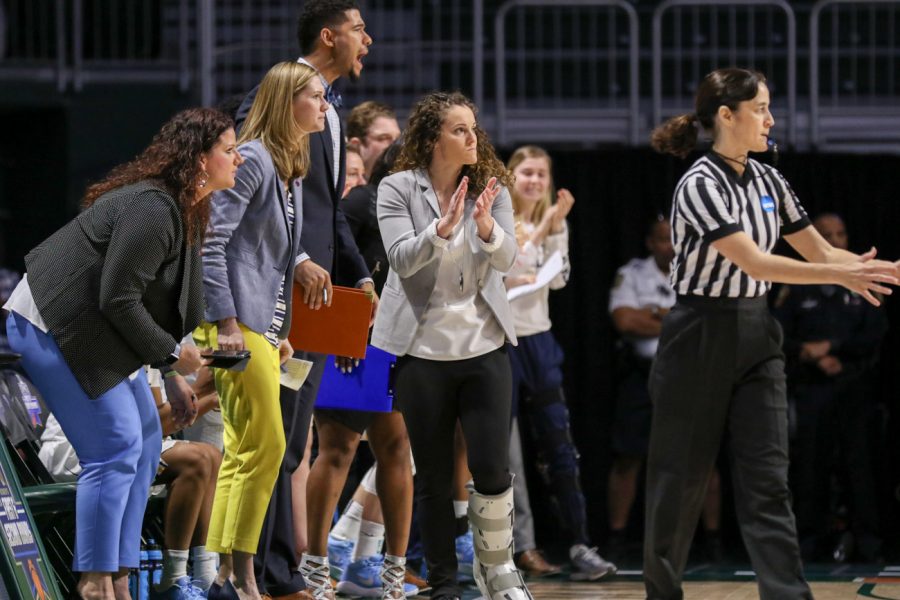 In men’s lacrosse head coach Joe Amplo’s world, practice starts well before the 9 a.m. start time. It’s why he was irate at the majority of his team for arriving at the Valley Fields Dome practice space at 8:57 a.m.

At that moment, Amplo was faced with a choice. The team’s BIG EAST opener against Georgetown was the following day, and conventional coaching wisdom is to keep team morale high, which would mean letting the transgression slide. Amplo opted for the opposite approach, tearing into his team for their lack of discipline.

“I took it as an opportunity to really hold them accountable and point it out,” Amplo said.

The choice was easy for Amplo because one option merely boosted performance while the other option boosted team culture. Nearly every head coach preaches the importance of culture, but those outside the team often view the term as just a cliché.

“Culture is the essence of who your team is,” women’s basketball head coach Carolyn Kieger said. “It’s how they define themselves – it’s the standards that they live by every day.”

Both Kieger and Amplo know what it’s like to build a culture from scratch. Amplo took over a brand-new program in 2011, a team that wouldn’t even play competitive games until two seasons later. Kieger was in a similar situation in her second season in 2015-’16, fielding an 11-player team with eight freshmen.

If the talent gap between experienced and inexperienced teams is wide, the culture gap might as well be the Grand Canyon. Seasoned, well-trained teams have what Amplo calls a “player-led” environment, where the athletes hold each other accountable and push each other to greater heights. Teams that haven’t gotten to that point yet are what Amplo calls “coach-fed.”

“The hardest part of establishing and enhancing a winning culture is the consistency and the relentlessness it takes to hold everyone accountable,” Cain said.

To make that transition happen quicker, Amplo picked his recruits carefully. He went to high school powerhouses on the East coast — schools like Chaminade, Garden City and Yorktown. Amplo wanted the bench guys, the ones that battled for every ground ball and always did what the team needed. He didn’t want the best players that would pay attention to a new program like Marquette. He needed winners.

“Those kids grow up in an environment where winning is really important to them,” Amplo said. “They learn those life skills that are necessary to play with pride and be part of a team and play for something that’s greater than themselves.

Bert Rogers, the head coach of Marquette’s track and field teams, needed winners too. From 2006-’13, neither the men nor the women’s squad finished in the top half of the BIG EAST indoor or outdoor meet. It gave Rogers an idea of how hard it is to unify a track and field team, which consists of over 100 athletes spread across completely different events.

“Day to day, it’s about the groups they normally train with and getting the work done there,” Rogers said. “That in and of itself can be a challenge, getting the right personalities.”

That understanding has led to a radical shift in results. The women’s team won back-to-back BIG EAST outdoor titles, and the men narrowly missed their first indoor title this winter. In doing so, both teams have temporarily achieved the Holy Grail of culture: staying old. Teams that “stay old” have people that lead by example in every class — freshmen, sophomores, juniors and seniors. Having leaders in each class means the graduation of a senior class has little impact on the team’s culture.

“Success breeds more success,” Rogers said. “Once you get the ball rolling, it’s easy to establish some of those winning mentalities … it’s sort of ingrained in every person that’s part of the team.”

The ultimate example of culture is not a collegiate team. In fact, it’s not even an American team at all. New Zealand’s national rugby squad, the feared All-Blacks that have won 77 percent of the matches they’ve ever played, stand out as culture’s ultimate paradigm.

Amplo stumbled upon a book about them entitled “Legacy: What the All-Blacks Can Teach Us About the Business of Life” by James Kerr. Among all the leadership stories in the book, Amplo was most moved by the story of Wayne “Buck” Shelford, a team captain that played through multiple injuries in a meaningless exhibition game against France because he felt a responsibility to “represent the jersey.”

While neither Amplo nor Kieger want their players ignoring medical ailments to play, the message of leaving the jersey in a better place made a profound impact on both of them. Kieger even assigned the book to her team to read and then held frequent discussions about what the team was getting out of the book.

Assigned reading isn’t the only tactic that coaches use to reinforce culture away from the field. Kieger instituted a practice called “family time,” a frequent exercise where players gather for 15 minutes to talk about important topics unrelated to basketball. Amplo has each player start the year by writing what they want coaches to say about them in their senior banquet speech. The goal of these exercises is the same: To drill team values into players’ heads.

These exercises also serve another important purpose: preventing cultural erosion. All three coaches said building a cohesive identity is far easier in the offseason when the primary task is self-improvement. During the season, culture tends to get put on the back burner while injuries, strategy and other more immediate issues come to the forefront.

“You have to model the culture you want on a daily basis,” Cain said. “Culture is caught more than it is taught.”

Right now, Amplo is having a difficult time getting his team to “catch” culture. After years of having upperclassmen leaders, this year’s team had five of its seven top scorers from last year graduate and another one on medical redshirt. In prior years, the players that scored often felt as though they had license to speak up and hold others accountable. This year’s team is just starting to get comfortable with the idea after months of prodding.

“The good thing about us is that we’ve had a bunch of failures that have allowed us to really focus on the details within our culture that are important,” Amplo said.

There are signs that the team is learning. The next week after Amplo tore into the team for arriving late to practice, they were 15 minutes early with the music on and balls being tossed around from stick to stick – a battle won in a culture struggle that never ends.