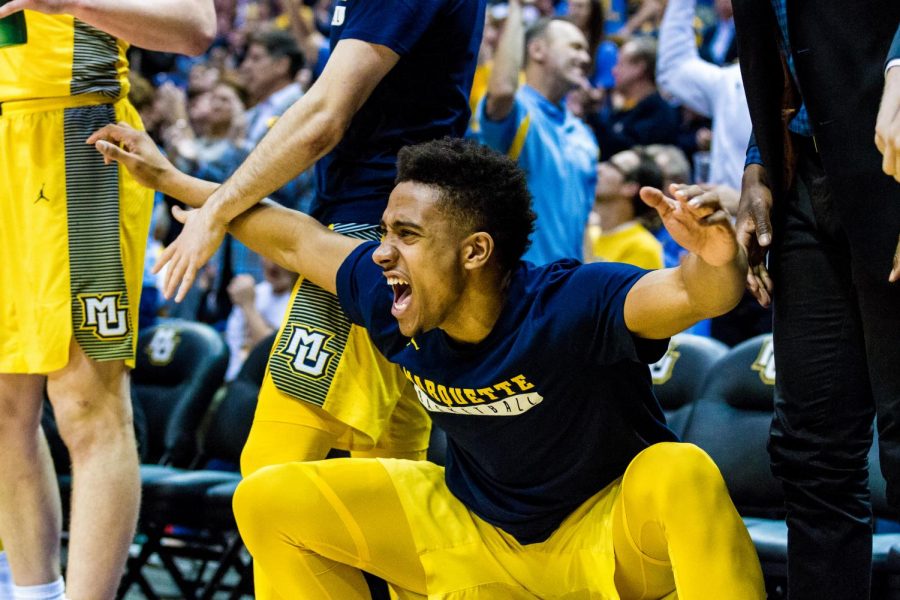 Since leaving the men's basketball program, Deon Franklin has starred for his intramural team.

With the intramural basketball playoffs starting this past week, the top-seeded Ivy Squad will be relying on a player some Marquette basketball fans may remember: Deon Franklin.

Franklin played for the men’s basketball team in the 2016-’17 season before leaving the program after summer. He still stayed at Marquette to focus on school in the College of Business Administration.

“It was a great year, and I made a lot of great connections,” Franklin said. “But to me, it wasn’t worth it in the sense that I wasn’t going to play. I’m here at Marquette to go to school.”

Franklin started his collegiate career at Austin Community College in Austin, Texas before transferring to Texas Tech with hopes of playing Division I basketball. When that plan fell through, he walked on at Marquette. Franklin only appeared in eight games in his Marquette career before quitting the team and never looking back.

“It was really hard, way more than I expected,” Franklin said. “I don’t regret doing it, but I definitely don’t miss it.”

The main motivator for Franklin has always been a love of the game. That love persists at the intramural level, far away from the bright lights of the BMO Harris Bradley Center.

“When it comes to basketball, I always go my hardest,” Franklin said. “I’m a very competitive person. People get scared about how intense I get.”

Now instead of playing 16 minutes in one season, Franklin plays for full games.

“Even last year when I was on the team, I didn’t get any playing time,” Franklin said. “Now that I actually get to play, it’s always fun.”

Franklin currently plays with friends he met last year in Schroeder Hall. These friends also played a big part in keeping him here at Marquette. One of them, Ve’Jhon Johnson, a junior in the College of Arts and Sciences, loves playing with him for multiple reasons.

“He’s very unselfish, easy to get along with, always passes the ball and makes the right decisions,” Johnson said.

Johnson also noticed Franklin is an in-game coach as well, not just a facilitator and competitor.

“Whenever something’s not right or he sees something we need to fix, he’ll just make the adjustment in-game as a coach. It’s really nice to have,” Johnson said.

Ivy Squad only lost one game, giving the team the top seed, a first-round bye and the first choice of sign-up times. The team already won its first game via forfeit, meaning Franklin won’t have to play until the semifinals.

The championship game will be on April 22 at 7 p.m. at the Helfaer Recreation Center.