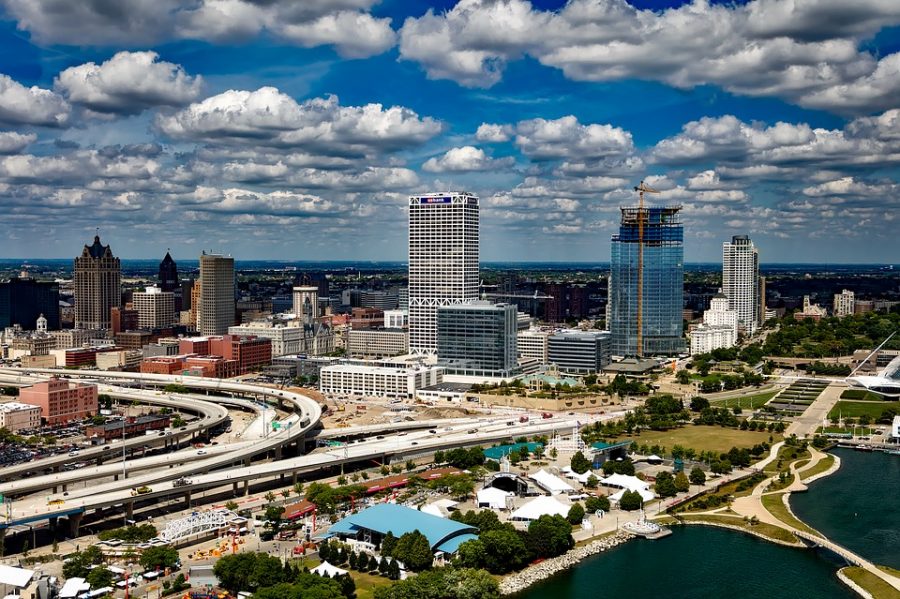 Students love Milwaukee for its size and urban atmosphere.

This past Saturday, April 14 (or 4/14), was Milwaukee Day, inspired by the city’s 414 area code. But besides the large-scale special events held by businesses and groups throughout the area to celebrate the Brew City, some students and residents had more personal, specific praises about Milwaukee to share on the city’s special day.

Claire Heneghan, a junior in the College of Health Sciences, said she loves Milwaukee for its “just-right” size.

“When I think of a city, I usually think of big cities like Chicago (and) New York … So then when I came to Milwaukee, it was, like, the perfect size city for me,” she said. “It wasn’t too overwhelming, and there are just so many parts of it. Even though it is a smaller city, you can always find new things to do and new places to go.”

While also liking the city’s manageable size, Joey O’Connor, a freshman in the College of Business Administration, originally from Atlanta, finds Milwaukee to be even more appealing for its diverse areas.

Unlike his hometown or Chicago, which are home to many skyscrapers, O’Connor said, “Milwaukee’s a lot more neighborhood-y.” From Brady Street’s locally-owned cafes to Menomonee Valley’s hiking trails to the Third Ward’s modern shops and Public Market, a wide array of neighborhood gems are indeed available for exploration, with most of which being just a short walk or bus ride away from each other.

On top of diverse neighborhoods, Milwaukee is known to attract diverse celebrations and festivals, including PrideFest, Polish Fest, German Fest, and the Lakefront Festival of Art, to name just a few. Perhaps the most popular of these festivals is Summerfest, a two-week music festival considered to be one of the largest in the world, which Heneghan cited as another factor of her love for Milwaukee.

Remembering last summer, Heneghan said she spontaneously went to the festival that many students have on their bucket list.

“It was probably one of the most fun few weeks of my summer,” Heneghan said. “I got to see a lot of bands that I probably never would have seen or that I’d never even heard of, and we just kind of stumbled upon them when we were there.”

Along with the festivals drawn to the Milwaukee area, the city’s lower costs of living have attracted businesses and individuals discontented by the high prices of Chicago. Offering the chance to live in an urban, Midwestern community that’s just north of the Windy City, community members like “Frenchie,” an employee at Sobleman’s at Marquette known by his nickname, have noticed Milwaukee’s increasing appeal.

“(Milwaukee is) a fun city. People enjoy Milwaukee as a city,” he said. “A lot of people try to get away from Chicago and…move to Milwaukee, and I feel like businesses are expanding for that reason. I think it’s a fun city to develop a business in … whatever business it might be.”

For the reasons given by these Milwaukeeans and more, the city of the area code 414 is loved by many – not just on April 14’s Milwaukee Day, but every day of the year.