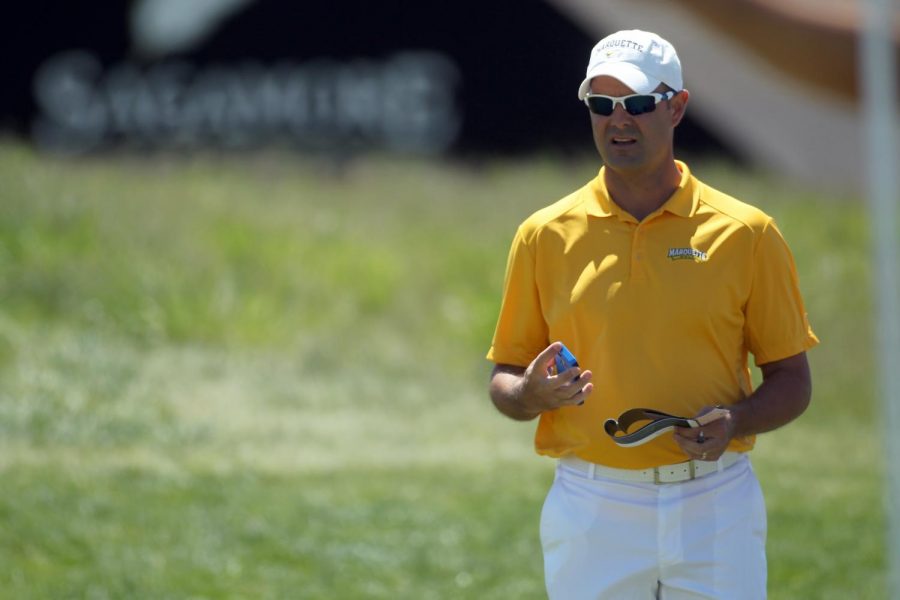 The Marquette men’s golf team took ninth place out of 13 teams in the Hawkeye Invitational in Iowa City, Iowa, shooting 31 strokes over par as the invite finished last Saturday afternoon.

Iowa State finished in first place after shooting only seven strokes over par. University of Iowa took second, finishing just one stroke behind its in-state rival.

Although Marquette didn’t finish with the results they had hoped for, sophomore Matt Murlick gave the Golden Eagles a reason for optimism, finishing in fifth place, shooting two strokes over par for the tournament.

“Going into the Augusta event, (Murlick) has been hitting as well as I’ve ever seen him,” head coach Steve Bailey said. “It was just a matter of time before he started piecing it together and seeing those scores correlate to the shape his game has been in.”

The sophomore from Winnetka, Illinois battled through tough weather conditions with the rest of his team. Driving rain and freezing temperatures reduced the tournament from 54 holes to 36 holes.

Conditions may have been rough for the Marquette golfers, but Bailey was still impressed with Murlick and the rest of his players’ reactions to the conditions.

“You just got to embrace whatever’s thrown at you,” Bailey said. “Our guys had a good mindset going into it. The weather played a factor for everyone, of course, but it’s definitely not the reason for why we finished for where we were.”

With the BIG EAST Championship just under two weeks away, Bailey hopes to put this setback behind him.

“We evaluate after each event, and we take the positives from it and then we do an honest assessment of where we need to improve,” Bailey said. “We’re excited, and we’re ready for the opportunity.”

And as the team heads into the BIG EAST Championship, much of the remaining training will be self-reflective.

“It’s really individual for the guys,” Bailey said. “They do that assessment of where their game’s at and what they need to fine tune. We’re competing a lot in practice to simulate, as best as we can, that competitive championship environment.”

Marquette will head to Okatie, South Carolina, for the BIG EAST Championship April 29 to May 1. The Golden Eagles won the event last season.