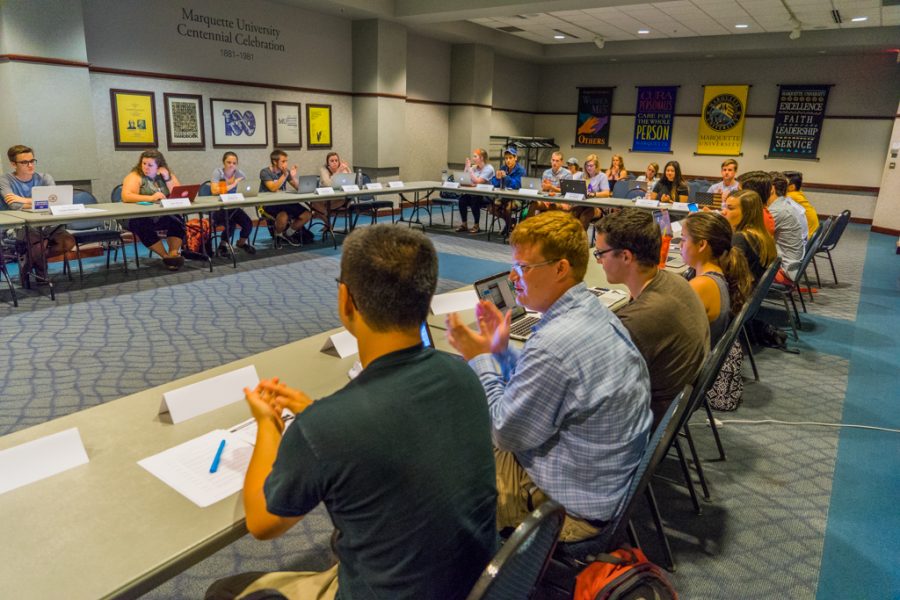 Manjee was selected for outreach VP April 9, and she immediately transitioned into her role. Marquette Wire stock photo.

Sara Manjee, a sophomore in the College of Business Administration, will be the new OVP. Her transitioning was effective immediately after her appointment. This semester, she has served as the commuter senator, and during her freshmen year, she was a member of the Diversity, Inclusion, and Social Justice and Community Engagement Committee.

“I’m really excited and really humbled that MUSG picked me to be the next OVP,” Manjee said.

The OVP chairs the Diversity, Inclusion and Social Justice and Community Engagement Committee through MUSG.

Aisling Hegarty, a senior in the College of Arts & Sciences, was on the selection committee for OVP. She said she believes Manjee is passionate about this role.

“I think there are many different ways to be a leader … We felt the strongest pull she would be the best candidate for this role,” Hegarty said.

President Meredith Gillespie called Manjee approachable and encouraging. She said she believes Manjee would provide leadership in the OVP position.

Manjee said she hopes to focus on the engagement of Marquette students and the surrounding community.

“I think a theme would be connections,” she said. “I think we need an outreach to build connections. I’m really hoping to bridge and build these connections within each other.”

Manjee wants to extend service past events such as the Midnight Run and the Marquette Volunteer Service Corps as well as to increase excursions into the Milwaukee area.

“I think through these excursions that we do, we can bring students to places in our city. I’m really hoping to highlight what Milwaukee has to offer to Marquette students,” Manjee said.

Manjee spoke about Pete’s Pops, a popsicle stand that launched in 2014 and is opeing a storefront in a building being redeveloped at 3801 W. Vliet St. The storefront’s grand opening is expected in June, and Manjee said she believes it’s a local business that Marquette students could support. The popsicle stand is within walking distance of Marquette.

Ultimately, Manjee hopes to push the Marquette population to “get to know things outside of (the) Marquette bubble.”