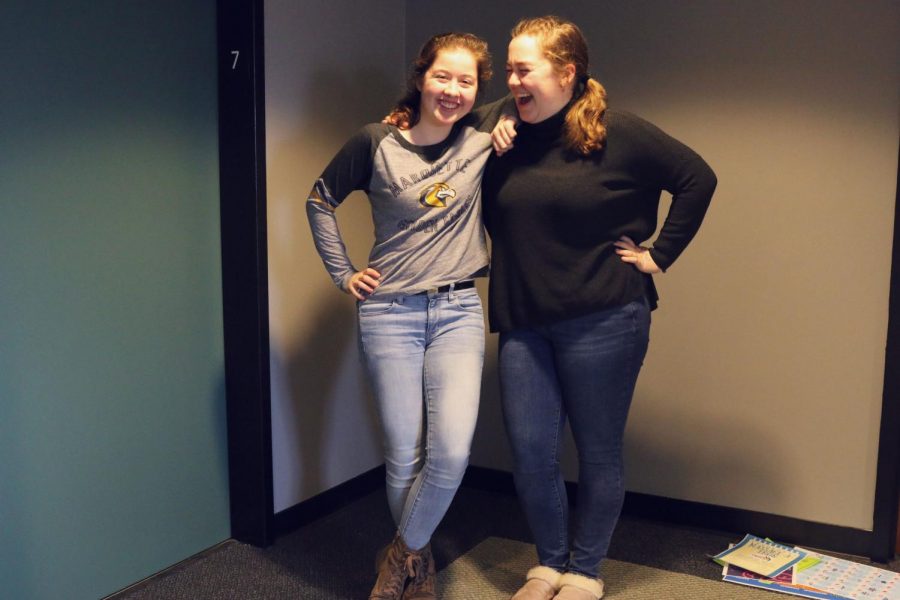 A number of Marquette departments and student organizations are collaborating to celebrate Denim Day, an international movement to end sexual assault and rape, as part of Sexual Violence Awareness Month in April.

While this year’s Denim Day is April 25, the movement started in 1998 in response to an Italian Supreme Court ruling. After a teenage girl was raped by her driving instructor, it was ruled that because the victim was wearing jeans, she must’ve helped her rapist remove her pants, therefore consenting to sex. After the court ruling, women in the Italian Parliament came to work the next day wearing jeans in solidarity with the victim.

Twenty years after the court ruling, people all over the world raise awareness for sexual assault by wearing jeans. Marquette has been participating in the global movement since 2011, when Helping Abuse and Violence End Now decided to host the event by the suggestion of the National Sexual Violence Resource Center.

Marquette’s official Denim Day events are co-sponsored by 14 different organizations such as the Office of Sexual Violence Prevention and Education, MUPD, Sodexo and the Women’s Innovation Network.

This year’s Denim Day will include tabling from 11 a.m.-1 p.m. at Central Mall and a talk by Joya Crear, Marquette’s assistant vice president for student affairs, on the importance of supporting rape victims.

Events to prepare for the day include a Denim Drive and Denim Decorating Party.

Through April 25, students can donate their denim to be repurposed into a visual display for Denim Day. There are collection bins located in all residence halls as well as the counseling center, Marquette Place and the 707 Hub.

The Denim Decorating Party will take place April 19 from 5-7 p.m. in the 707 Hub. Students will be able to help create the denim visual display that will be displayed in Central Mall on Denim Day.

“(Denim Day) is an easy way for everyone to engage in helping prevent violence and counteract harmful myths about sexual violence,” Kacie Otto, a victim advocate, said in an email.

“A common criticism of Denim Day that I have to agree with is often times it is seen as just for awareness. People wear jeans and that’s it. Awareness without activism isn’t worth anything,” Maria Bunczak, a sophomore in the College of Nursing and president of Marquette Empowerment, said.

Marquette Empowerment will host an event called “Stanford Marquette 2″ April 30. The event’s goal is to stand in solidarity with the rape victim of Brock Turner. Her victim statement will be read aloud, and audience members will have the chance to share their own victim statements.

Greek organizations have also encouraged their members to partake in the day.

Lauren Debertin, a junior in the College of Arts & Sciences and the president of Sigma Kappa, said she stands with other students who support Denim Day.

“In educating ourselves and encouraging conversation, in particular within the Greek community, we hope to invoke local support for a judicial system that rejects patriarchal hierarchy and recognizes the validity of sexual assault accusations,” she said.