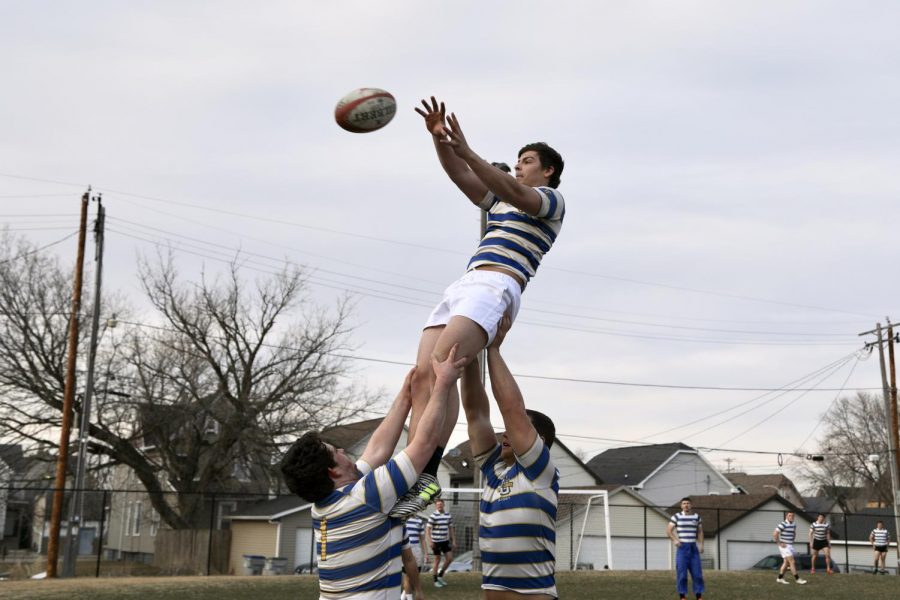 Only one third of the men’s club rugby team played the sport before Marquette, but that doesn’t keep them from being a top-tier team. In the fall, the team was ranked 16th in Division II. The team has about 35 players, most of whom come from playing high school football.

Recruits primarily come from O-Fest and current members recruiting their friends. However, now they are in contact with high school coaches around the Milwaukee area to recruit more players who have experience playing the sport.

The team’s primary season is in the fall, where this season they went 4-2 and made the playoffs for the first time in five years. They recently transferred to a new conference, the Wisconsin Illinois Iowa Rugby Conference (WIIL), which is primarily Illinois-based teams. They came in second last season to Illinois State when they lost on a penalty kick in the final seconds.

“We came in second last year. We were beating Illinois State, but they beat us on a penalty kick in the last second,” junior captain Liam Rauen said. “That was the craziest game I’ve ever played. That team went on to nationals too.”

Despite just being a club sport, the rugby team takes it very seriously. The team practices three times a week year-round. During the winter, the team was very excited about finally receiving permission to use the Valley Fields dome.

For now, the team is attempting to raise more awareness and recognition, not only for recruitment of players, but also to attract more fans to the games.

Club rugby is young, consisting of 12 freshmen and just six seniors, which makes Rauen very excited for the future of the program. “We’re an up-and-coming team. We’re getting a lot better,” Rauen said. “The future is bright.”

Constanz Hartney became the coach back in 1980 as a graduate student for Marquette and coached Chris Farley in the 80’s. He left the program to focus on his work and family and kept in touch, but officially rejoined in 2015. Hartney coaches as a volunteer, captains Sam Asta and Rauen are both extremely thankful for his time and dedication.

The NCAA currently does not sanction rugby due to its danger, which Asta doesn’t appreciate and thinks will change soon.

“They look at it as a health risk because it’s not as well-known of a sport,” Asta said. “But it is up and coming so it should change soon enough.”

According to a 2008 study from the British Journal of Sports Medicine, collegiate football athletes sustain more injuries than rugby athletes because football athletes must look behind them for the pass, whereas in rugby the ball has to be passed backwards, keeping the defense in front of the ball and closer, which prevents hard hits.

Rugby has one more spring game at home against Loyola-Chicago on April 14.