Senioritis sets in during final month 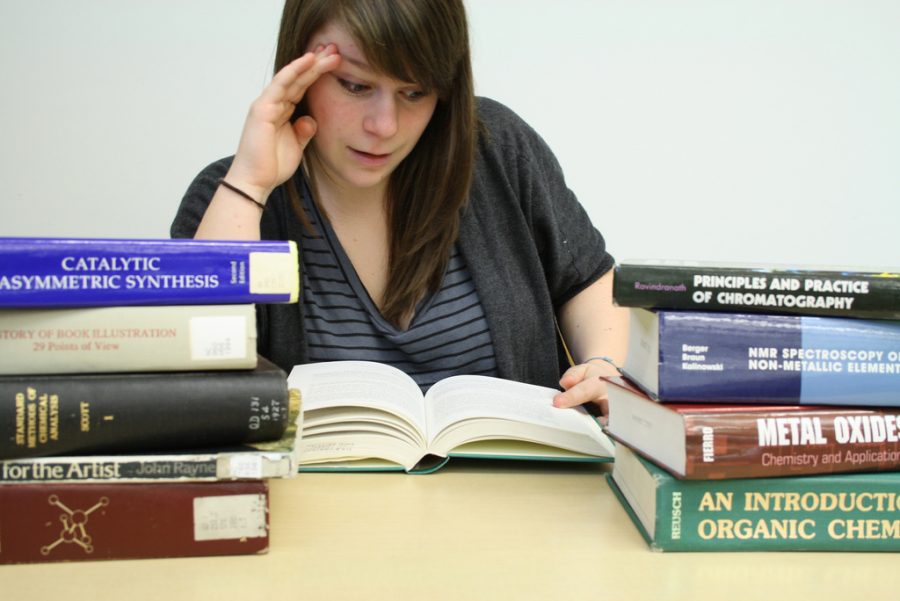 The workload piles up for some seniors as the semester winds down. Others strategically planned lighter course loads to coast into graduation.

While for most, the term “senioritis” conjures up images of carefree seniors embracing the intense lack of motivation found as graduation draws near, students at Marquette have a bit to say about where that definition might just go wrong.

While for seniors, the end of the semester certainly means leaving the last four years behind and taking the next step in life, motivation largely depends on a student’s plans after graduation— whether that be graduate school, a job, a move away or still considering their options.

Matt Mallinger, a senior in the College of Communication, said that his semester’s lighter workload has been evened out by the time spent looking for a job after graduation.

“(Senior year) is not as much of a break as a lot of people think it is if you’re still in the middle of the job search,” Mallinger said.

For Stephanie Drake, a senior in the College of Health Sciences, it’s not a job, but continued education after graduation at Marquette’s School of dentistry that has her still focused. Aiming to achieve a 4.0 GPA, Drake has not let the diminishing cares her peers feels interfere with her school work.

“I don’t have senioritis in the sense that I do less work … but it’s just — it’s more of a drag to do it, I guess,” Drake said. Compared to past semesters at Marquette, she said, “I think I’m just as motivated, but I have to work less to get the grades because I’ve been doing it for so long, so I guess I’ve kind of gotten the experience to where I don’t need to have as much motivation.”

Similarly, Christian Wallace, another senior in the College of Health Sciences, finds himself unable to slack off despite the ever-present lure of entirely giving up on school.

“My schedule’s pretty hard, so it’s not like an easy schedule, it’s one of the harder ones I’ve taken so far … but I know I have to do it,” Wallace said. “I knew that if I didn’t take a hard class load, I would just, like, not study for any of my classes, so I purposely kept the class load hard so that I wouldn’t completely slack off.”

While Wallace’s scheduling keeps his goals and focuses on track, others, like Max Mattappilli, a senior in the College of Arts & Sciences, are able to take a lighter course load (and breathe) during this last semester of college. After taking 18 or 19 credits for nearly every semester at Marquette and securing a full-time job in New York following a junior year internship, this semester Mattappilli is taking just 12 credits, and, for the first time, no math or physics. With his extra free time, he finds that rather than doing the “bucket-list” of activities he once intended to complete before leaving Marquette, he instead has been spending time making memories with friends while he can.

“It’s weird … A lot of my friends right now will probably be in Milwaukee for the next one, two, three years, but I won’t, so there’s this weird feeling of kind of leaving — honestly — your second home, and not really coming back, which I don’t know if I’ve come to terms with it yet,” Mattapilli said. “It is definitely melancholy.”

Mallinger agreed that he sees many of his peers recognizing their imminent departure from this chapter of life, yet said there’s still a lot of fun involved in many students’ farewells.

“I would say kids are kind of taking advantage of their last couple months or so here and really kind of just partying and stuff through the weekdays beyond just the weekends — enjoying the time that they’ve got,” Mallinger said.

Regardless of their level of affliction by senioritis, seniors all over campus are spending this final month of classes reflecting on their years here at Marquette. Mattappilli had great things to say about both the past and what is yet to come for him and his peers.

“(I) kind of wish I could do college for another four more years, but it’s all good,” Mattappilli said. “It’s going to be fun just to see where everyone is going to be in the next five years.”

Life beyond college is indeed near for seniors, yet the opportunity to embrace or actively avoid the influence of senioritis is the present reality for most of those who will be donning caps and gowns this May. Whether or not this avoiding is successful varies from senior to senior, yet it seems most can name a peer or two that has fallen victim to a contagious, alluring and ominous case of senioritis.